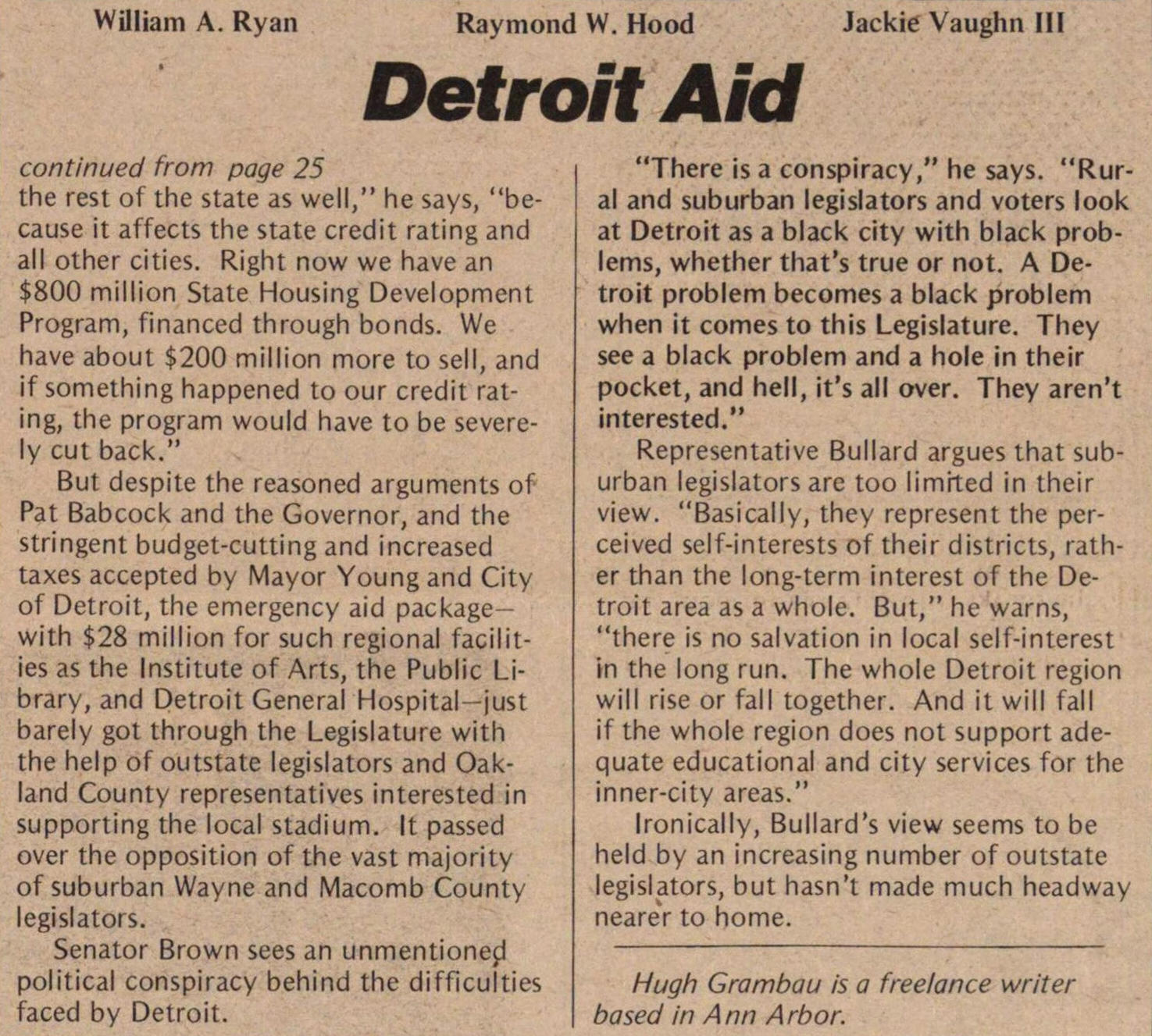 the rest of the state as well," he says, "because it affects the state credit rating and all other cities. Right now we have an $800 million State Housing Development Program, financed through bonds. We have about $200 million more to sell, and if something happened to our credit rating, the program would have to be severely cut back.

But despite the reasoned arguments of Pat Babcock and the Governor, and the stringent budget-cutting and increased taxes accepted by Mayor Young and City of Detroit, the emergency aid package-with $28 million for such regional facilities as the Institute of Arts, the Public Library, and Detroit General Hospital - just barely got through the Legislature with the help of outstate legislators and Oakland county representatives interested in supporting the local stadium. It passed over the opposition of a vast majority of suburban Wayne and Macomb County legislators.

Senator Brown sees an unmentioned political conspiracy behind the difficulties faced by Detroit.

"There is a conspiracy," he says. "Rural and suburban legislators and voters look at Detroit as a black city with black problems, whether that's true or not. A Detroit problem becomes a black problem when it comes to this Legislature. They see a black problem and a hole in their pocket, and hell, it's all over. They aren't interested."

Representative Bullard argues that suburban legislators are too limited in their view. "Basically, they represent the perceived self-interests of their districts, rather than the long-term interest of the Detroit area as a whole. But," he warns, "there is no salvation in local self-interest in the long run. The whole Detroit region will rise or fall together. And it will fall if the whole region does not support adequate educational and city services for the inner-city areas."

Ironically, Bullard's view seems to be held an increasing number of outstate legislators, but hasn't made much headway nearer to home."

Hugh Grambau is a freelance writer based in Ann Arbor.