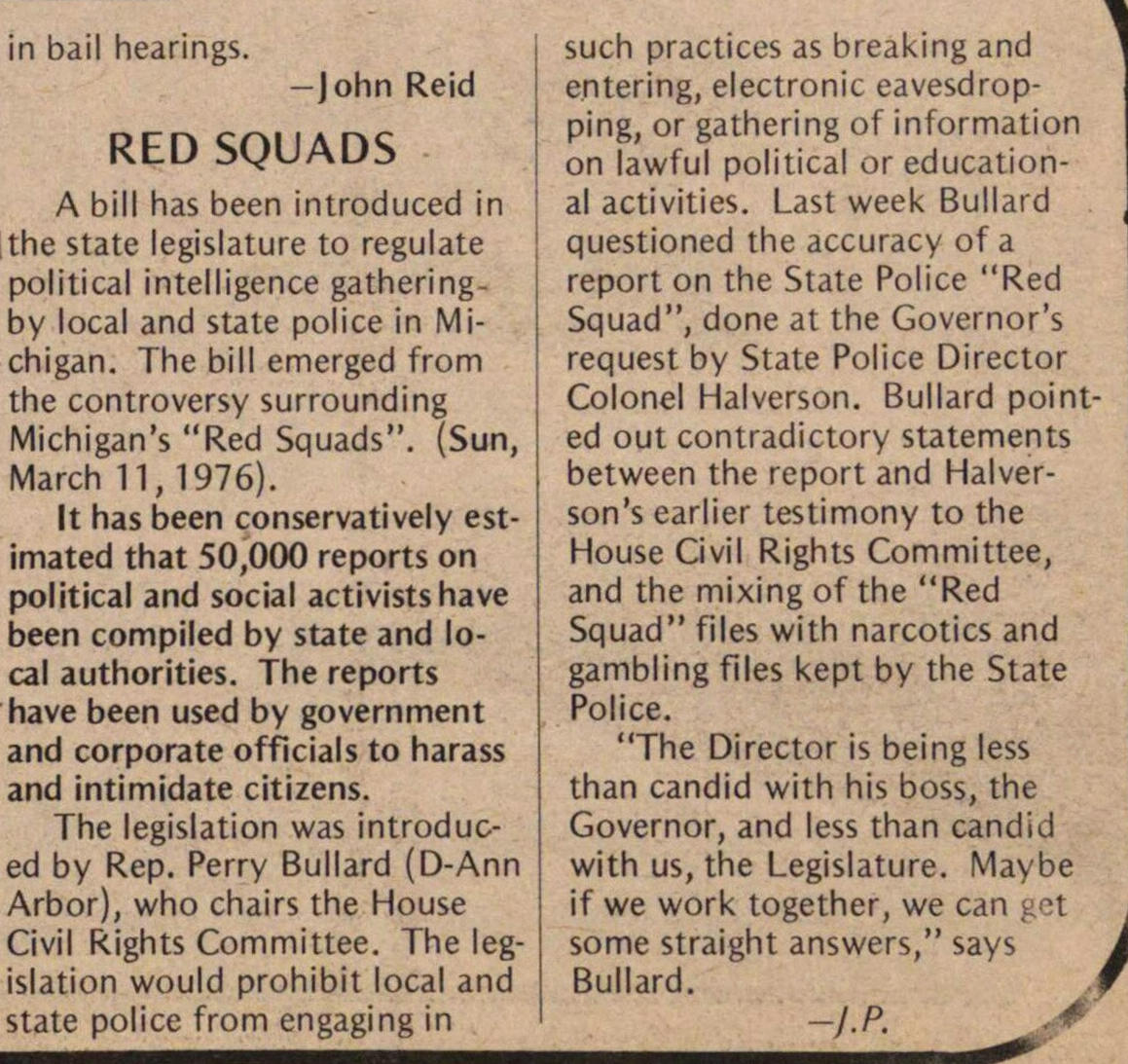 A bill has been introduced in the state legislature to regulate political intelligence gathering by local and state police in Michigan. The bill emerged from the controversy surrounding Michigan's "Red Squads." (SUN, March 11, 1976)

It has been conservatively estimated that 50,000 reports on political and social activists have been compiled by the state and local authorities. The reports have been used by government and corporate officials to harass and intimidate citizens.

The legislation was introduced by Rep. Perry Bullar (D-Ann Arbor), who chairs the House Civil Rights Committee. The legislation would prohibit local and state police from engaging in such practices as breaking and entering, electronic eavesdropping, or gathering of information on lawful political or educational activites. Last week Bullard questioned the accuracy of a report on the State Police "Red Squad," done at the Governor's request by State Police Director Colonel Halverson. Bullard pointed out contradictory statements between the report and Halverson's earlier testimony to the House Civil Rights Committee, and the mixing of the "Red Squad" files with narcotics and gambling files kept by the State Police.