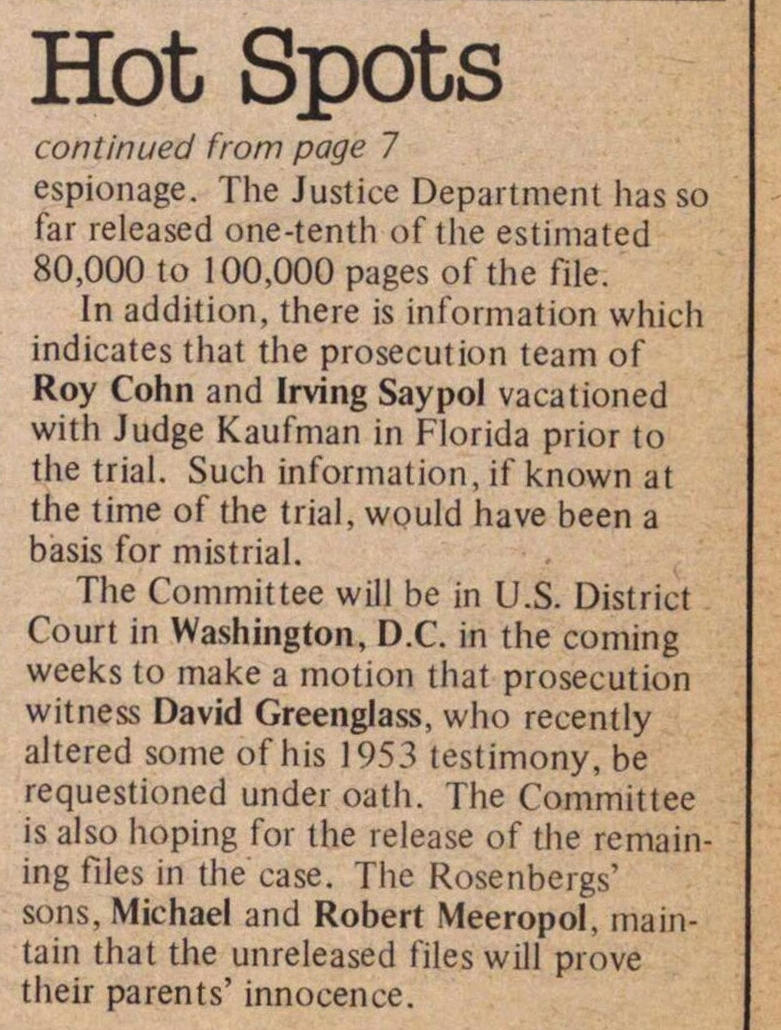 espionage. The Justice Department has so far released one-tenth of the estimated 80,000 to 100,000 pages of the file.

In addition, there is information which indicates that the prosecution team of Roy Cohn and Irving Saypol vacationed with Judge Kaufman in Florida prior to the trial. Such information, if known at the time of the trial, would have been a basis for mistrial.

The Committee will be in the U.S. District Court in Washington, D.C. in the coming weeks to make a motion that prosecution witness David Greenglass, who recently altered some of his 1953 testimony, be requestioned under oath. The Committee is also hoping for the release of the remaining files in the case. The Rosenbergs' sons, Michael and Robert Meeropol, maintain that the unreleased files will prove their parents' innocence.