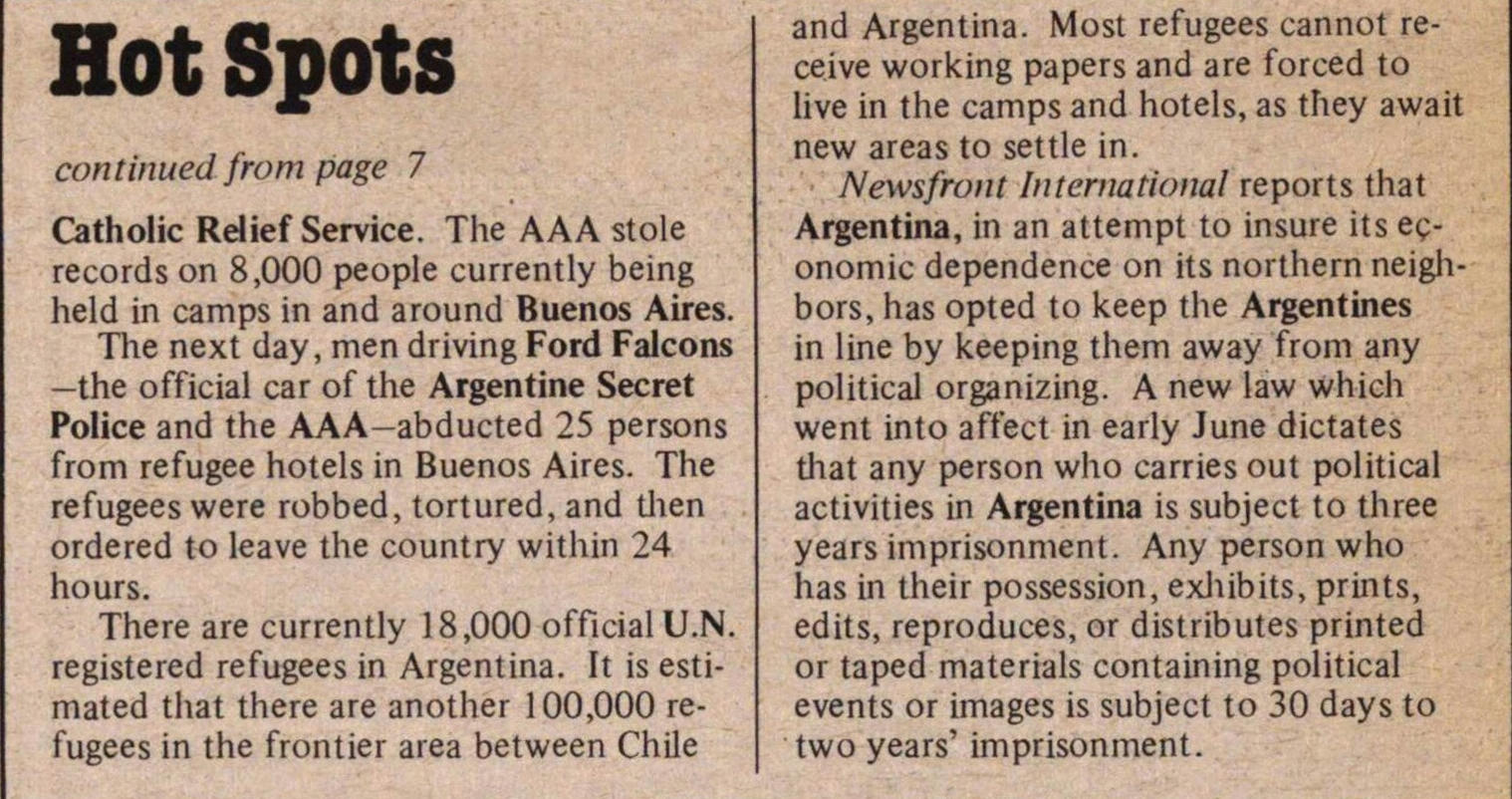 Catholic Relief Service. The AAA stole records on 8,000 people currently being held in camps in and around Buenos Aires. The next day, men driving Ford Falcons -the official car of the Argentine Secret Police and the AAA-abducted 25 persons from refugee hotels in Buenos Aires. The refugees were robbed, tortured, and then ordered to leave the country within 24 hours.

There are currently 18,000 official U.N. registered refugees in Argentina. It is estimated that there are another 100,000 refugees in the frontier area between Chile and Argentina. Most refugees cannot receive working papers and are forced to live in the camps and hotels, as they await new areas to settle in.

Newsfront International reports that Argentina, in an attempt to insure its economic dependence on its northern neighbors, has opted to keep the Argentines in line by keeping them away from any political organizing. A new law which went into affect in early June dictates that any person who carries out political activities in Argentina is subject to three years imprisonment. Any person who has in their possession, exhibits, prints, edits, reproduces, or distributes printed or taped materials containing political events or images is subject to 30 days to two years' imprisonment.