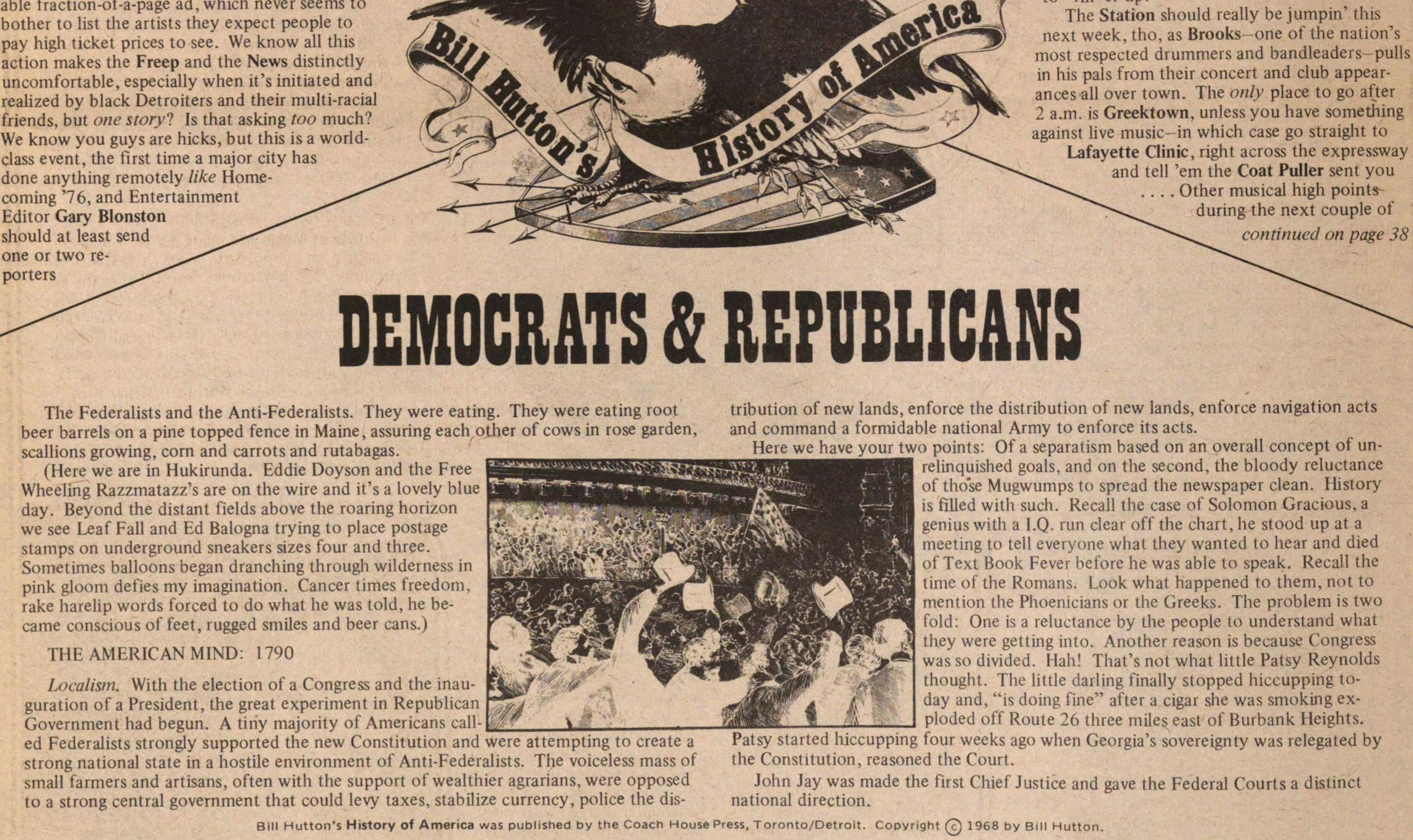 (Here we are in Hukirunda. Eddie Doyson and the Free Wheeling Razzmatazz's are on the wire and it's a lovely blue day. Beyond the distant fields above the roaring horizon we see Leaf Fall and Ed Balogna trying to place postage stamps on underground sneakers sizes four and three. Sometimes balloons began dranching through wilderness in pink gloom defies my imagination. Cancer times freedom, rake harelip words forced to do what he was told, he became conscious of feet, rugged smiles and beer cans.)

Localism. With the election of a Congress and the inauguration of a President, the great experiment in Republican Government had begun. A tiny majority of Americans ed Federalists strongly supported the new Constitution and were attempting to create a strong national state in a hostile environment of Anti-Federalists. The voiceless mass of small farmers and artisans, often with the support of wealthier agrarians, were opposed to a strong central government that could levy taxes, stabilize currency, police the distribution of new lands, enforce the distribution of new lands, enforce navigation acts and command a formidable national Army to enforce its acts.

Here we have your two points: Of a separatism based on an overall concept of relinquished goals, and on the second, the bloody reluctance of those Mugwumps to spread the newspaper clean. History is filled with such. Recall the case of Solomon Gracious, a genius with a I.Q. run clear off the chart, he stood up at a meeting to tell everyone what they wanted to hear and died of Text Book Fever before he was able to speak. Recall the time of the Romans. Look what happened to them, not to mention the Phoenicians or the Greeks. The problem is two fold: One is a reluctance by the people to understand what they were getting into. Another reason is because Congress was so divided. Hah! That's not what little Patsy Reynolds thought. The little darling finally stopped hiccuping today and, "is doing fine" after a cigar she was smoking exploded off Route 26 three miles east of Burbank Heights. Patsy started hiccuping four weeks ago when Georgia's sovereignty was relegated by the Constitution, reasoned the Court.

John Jay was made the first Chief Justice and gave the Federal Courts a distinct national direction.