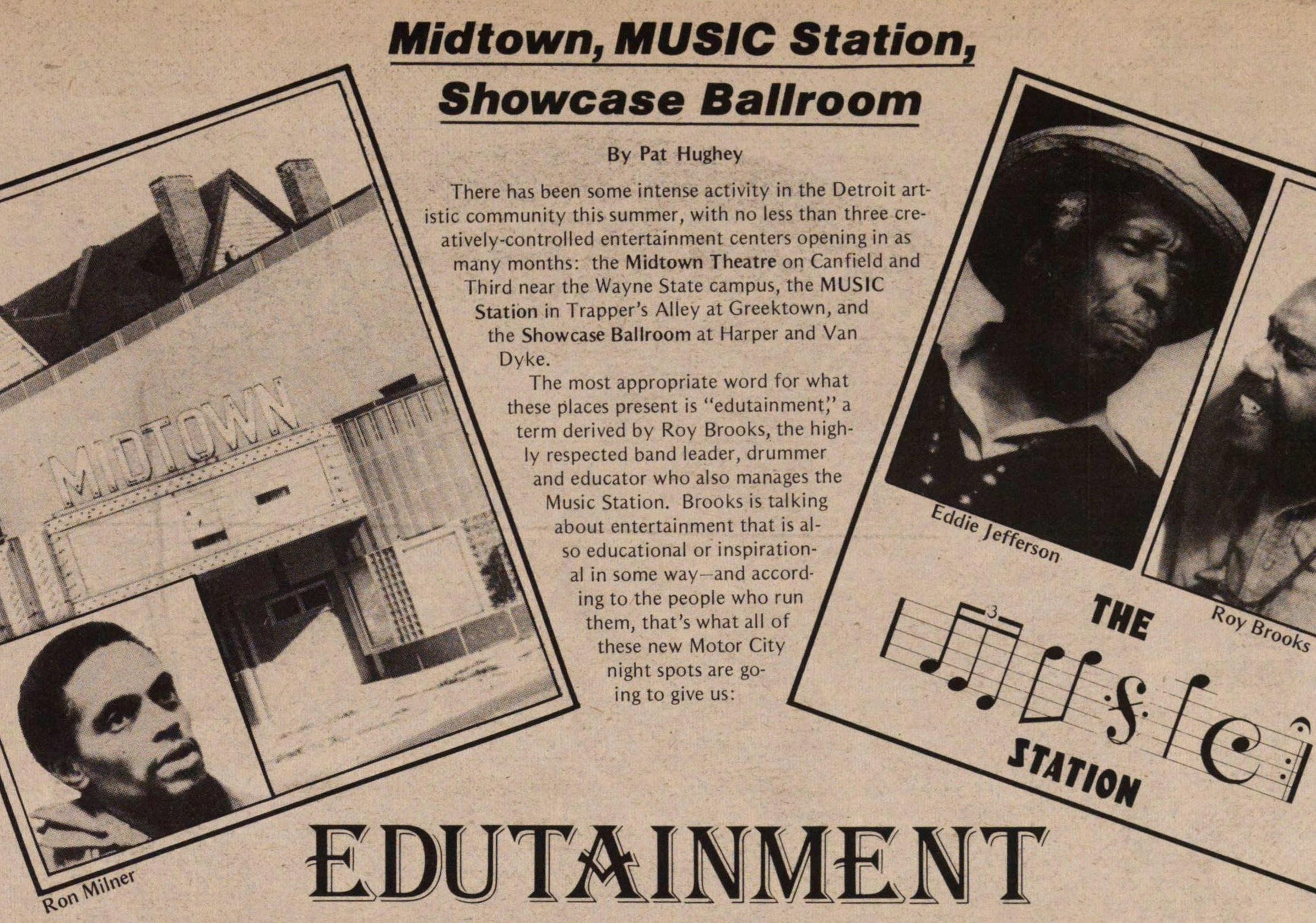 There has been some intense activity in the Detroit artistic community this summer, with no less than three creatively-controlled entertainment centers opening in as many months: the Midtown Theatre on Canfield and Third near the Wayne State campus, the MUSIC Station in Trapper's Alley at Greektown, and the Showcase Ballroom at Harper and Van Dyke.

The most appropriate word for what these places present is "edutainment" a term derived by Roy Brooks, the highly respected band leader, drummer and educator who also manages the Music Station. Brooks is talking about entertainment that is also educational or inspirational in some way - and according to the people who run them, that's what all of these new Motor City A night spots are going to give us: