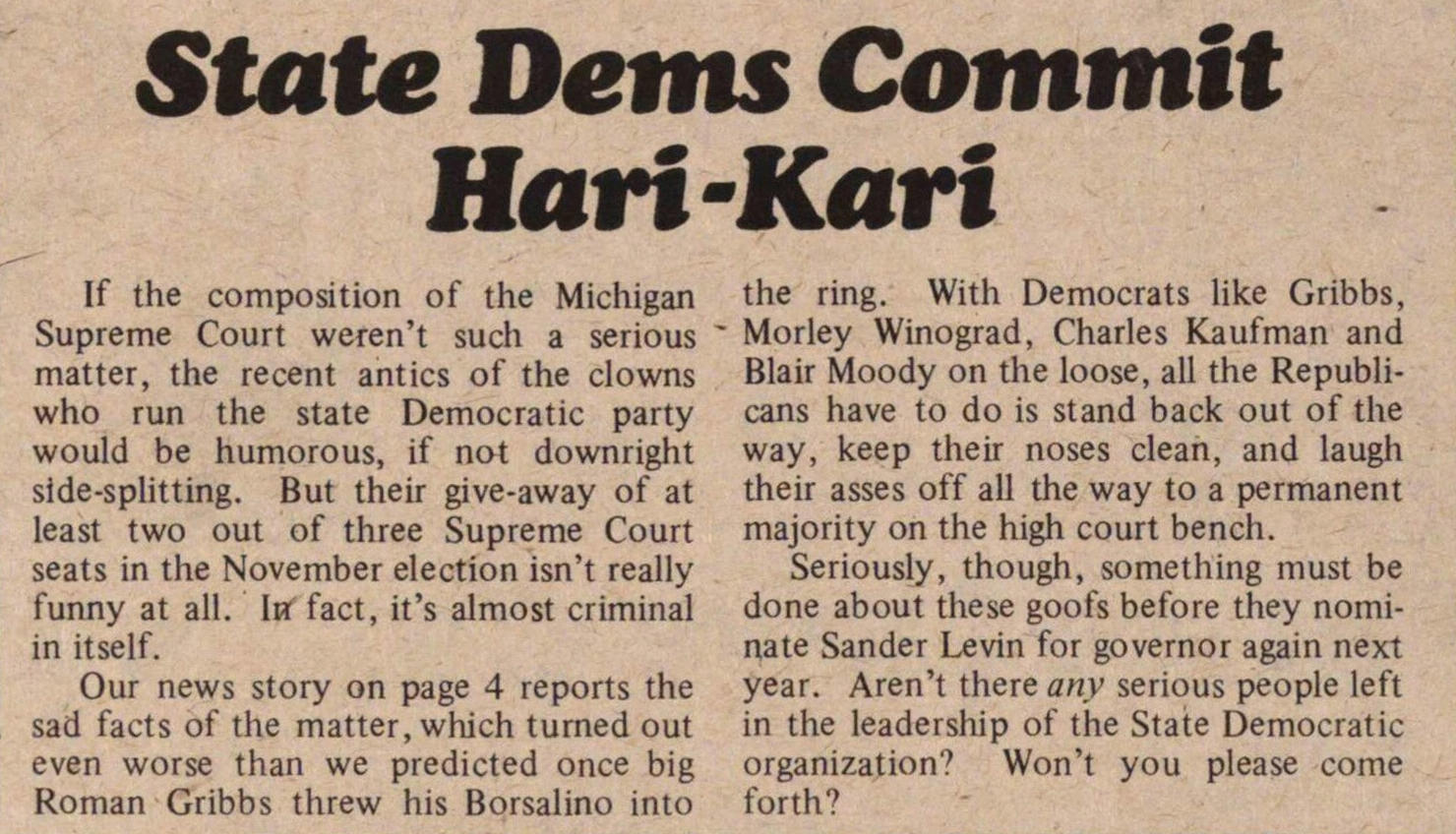 If the composition of the Michigan Supreme Court weren't such a serious matter, the recent antics of the clowns who run the state Democratie party would be humorous, if not downright side-splitting. But their give-away of at least two out of three Supreme Court seats in the November election isn't really funny at all. Inf fact, it's almost criminal in itself. Our news story on page 4 reports the sad facts of the matter, which turned out even worse than we predicted once big Roman Gribbs threw his Borsalino into the ring. With Democrats like Gribbs, ■ Morley Winograd, Charles Kaufman and Blair Moody on the loose, all the Republicans have to do is stand back out of the way, keep their noses clean, and laugh their asses off all the way to a permanent majority on the high court bench. Seriously, though, something must be done about these goofs before they nominate Sander Levin for governor again next year. Aren't there any serious people left in the leadership of the State Democratie organization? Won't you please come forth?