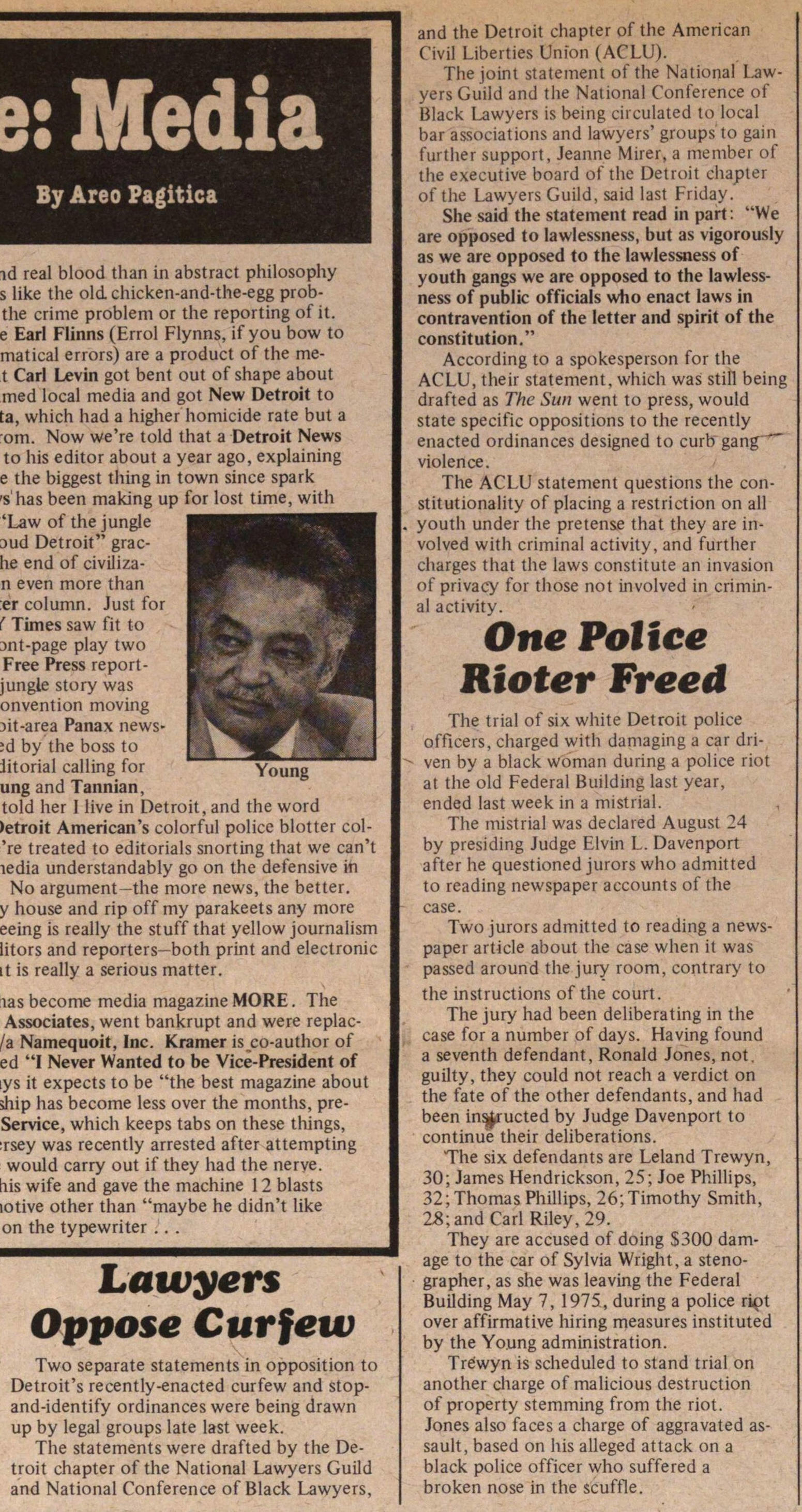 Two separate statements in opposition to Detroit's recently-enacted curfew and stopand-identify ordinances were being drawn up by legal groups late last week. The statements were drafted by the Detroit chapter of the National Lawyers Guild and National Conference of Black Lawyers, and the Detroit chapter of the American Civil Liberties Union (ACLU). The joint statement of the National Lawyers Guild and the National Conference of Black Lawyers is being circulated to local bar associations and lawyers' groups to gain further support, Jeanne Mirer, a member of the executive board of the Detroit chapter of the Lawyers Guild, said last Friday. She said the statement read in part : "We are opposed to lawlessness, but as vigorously as we are opposed to the lawlessness of youth gangs we are opposed to the lawlessness of public officials who enact laws in contravention of the letter and spirit of the constitution." According to a spokesperson for the ACLU, their statement, which was still being drafted as The Sun went to press, would state specific oppositions to the recently enacted ordinances designed to curb gang violence. The ACLU statement questions the constitutionality of placing a restriction on all , youth under the pretense that they are involved with criminal activity, and further charges that the laws constitute an invasión of privacy for those not involved in criminal activity.