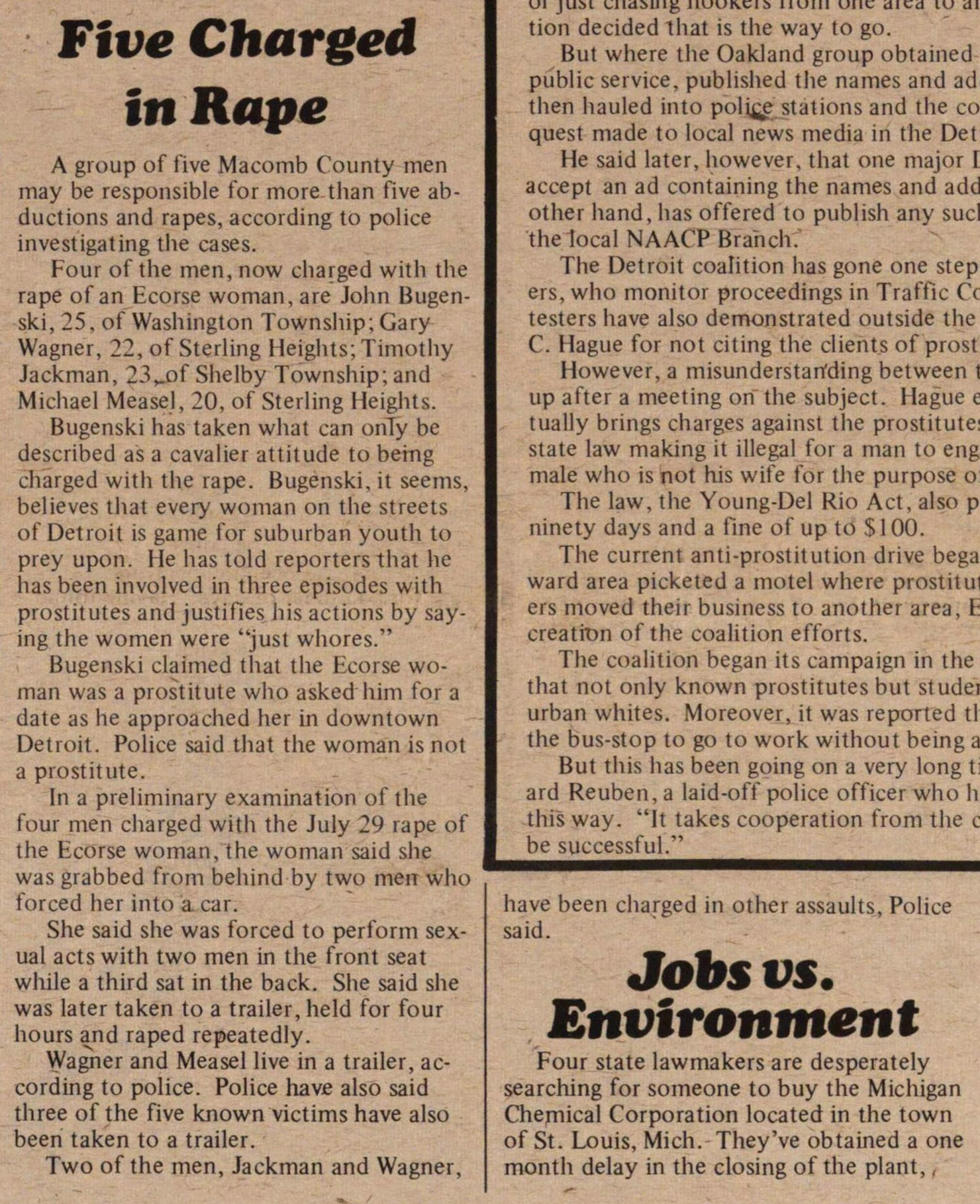 A group of five Macomb County men may be responsible for more than five abductions and rapes, according to pólice investigating the cases. Four of the men, now charged with the rape of an Ecorse woman, are John üugenski, 25. of Washington Township;Gary Wagner, 22, of Sterling Heights;Timothy Jackman, 23_of Slielby Township; and Michael Measel, 20, of Sterling Heights. Bugenski has taken what can onTy be described as a cavalier attitude to berng charged with the rape. Bugenski, it seems, believes that every woman on the streets of Detroit is game for suburban youth to prey upon. He has told reporters that he has been involved in three episodes with prostitutes and justifies liis actions by saying the women were "just whores." Bugenski claimed that llie Ecorse woman was a prostitute who asked him for a date as he approached lier in downtown Detroit. Pólice said that the woman is not a prostitute. In a preliminary examination of the four men charged with the July 29 rape of the Ecorse woman, the woman said she was grabbed from behind by two men who forced her into a car. She said she was forced to perform sexual acts with two men in the front seat while a third sat in the back. She said she was later taken to a trailer, held for four hours and raped repeatedly. Wagner and Measel live in a trailer, according to pólice. Pólice have also said three of the five known victims have also been taken to a trailer. Two of the men, Jackman and Wagner, have been charged in other assaults, Pólice said.