The War On Coleman Young 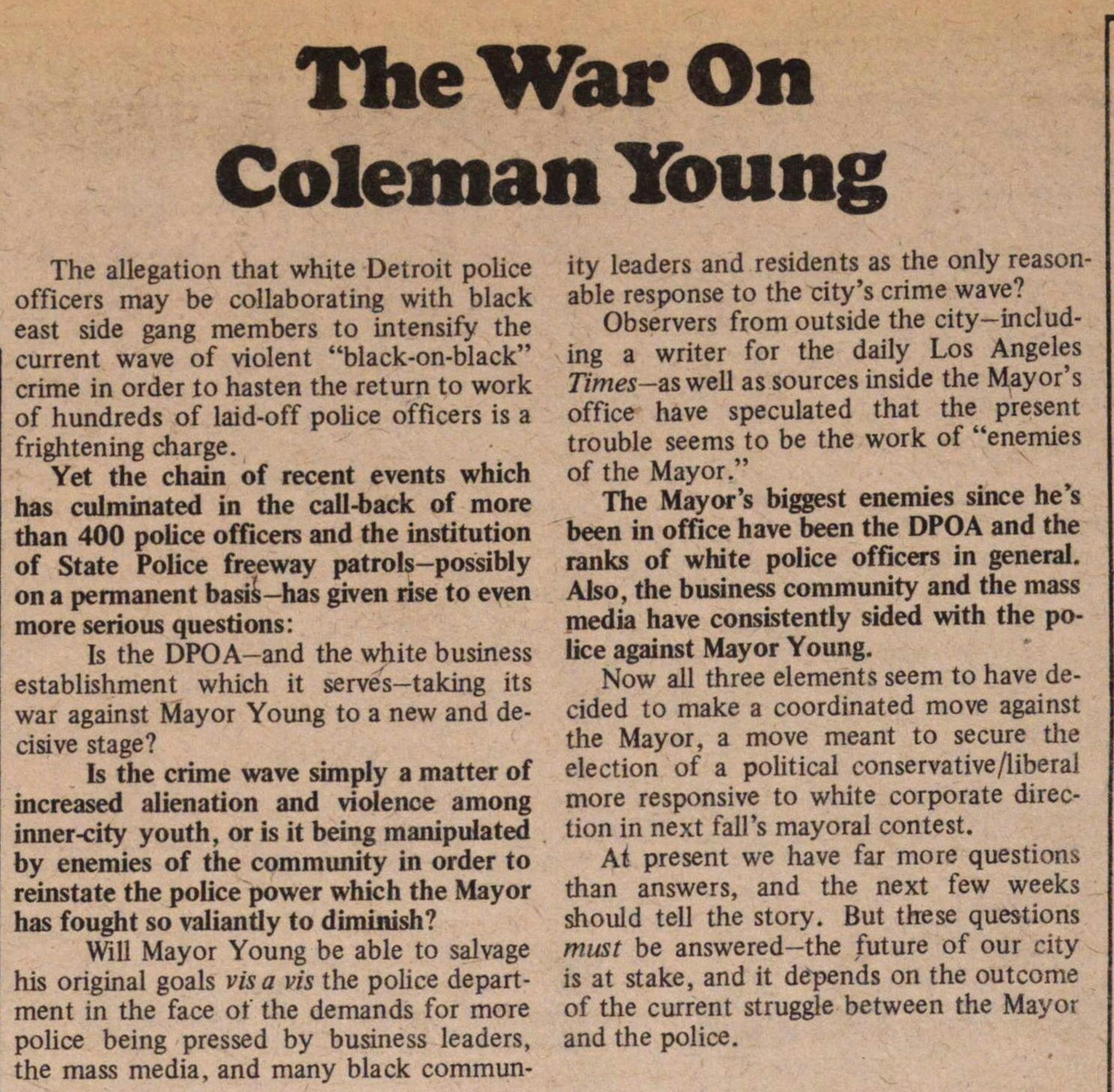 The allegation that white Detroit police officers may be collaborating with black east side gang members to intensify the current wave of violent "black-on-black" crime in order to hasten the return to work of hundreds of laid-off police officers is a frightening charge.

Yet the chain of recent events which has culminated in the call-back of more than 400 police officers and the institution of State Police freeway patrols-possibly on a permanent basis- has given rise to even more serious questions:

Is the DPOA- and the white business establishment which it serves- taking its war against Mayor Young to a new and decisive stage?

Is the crime wave simply a matter of increased alienation and violence among inner-city youth, or is it being manipulated by enemies of the community in order to reinstate the police power which the Mayor has fought so valiantly to diminish?

Will Mayor Young be able to salvage his original goals vis a vis the police department in the face of the demands for more police being pressed by business leaders, the mass media, and many black community leaders and residents as the only reasonable response to the city's crime wave?

Observers from outside the city-including a writer for the daily Los Angeles Times- as well as sources inside the Mayor's office have speculated that the present trouble seems to be the work of "enemies of the Mayor."

The Mayor's biggest enemies since he's been in office have been the DPOA and the ranks of white police officers in general. Also, the business community and the mass media have consistently sided with the police against Mayor Young.

Now all three elements seem to have decided to make a coordinated move against the Mayor, a move meant to secure the election of a political conservative/liberal more responsive to white corporate direction in next fall's mayoral contest.

At present we have far more questions than answers, and the next few weeks should tell the story. But these questions must be answered- the future of our city is at stake, and it depends on the outcome of the current struggle between the Mayor and the police.