At The Marble Bar With Harry Who? 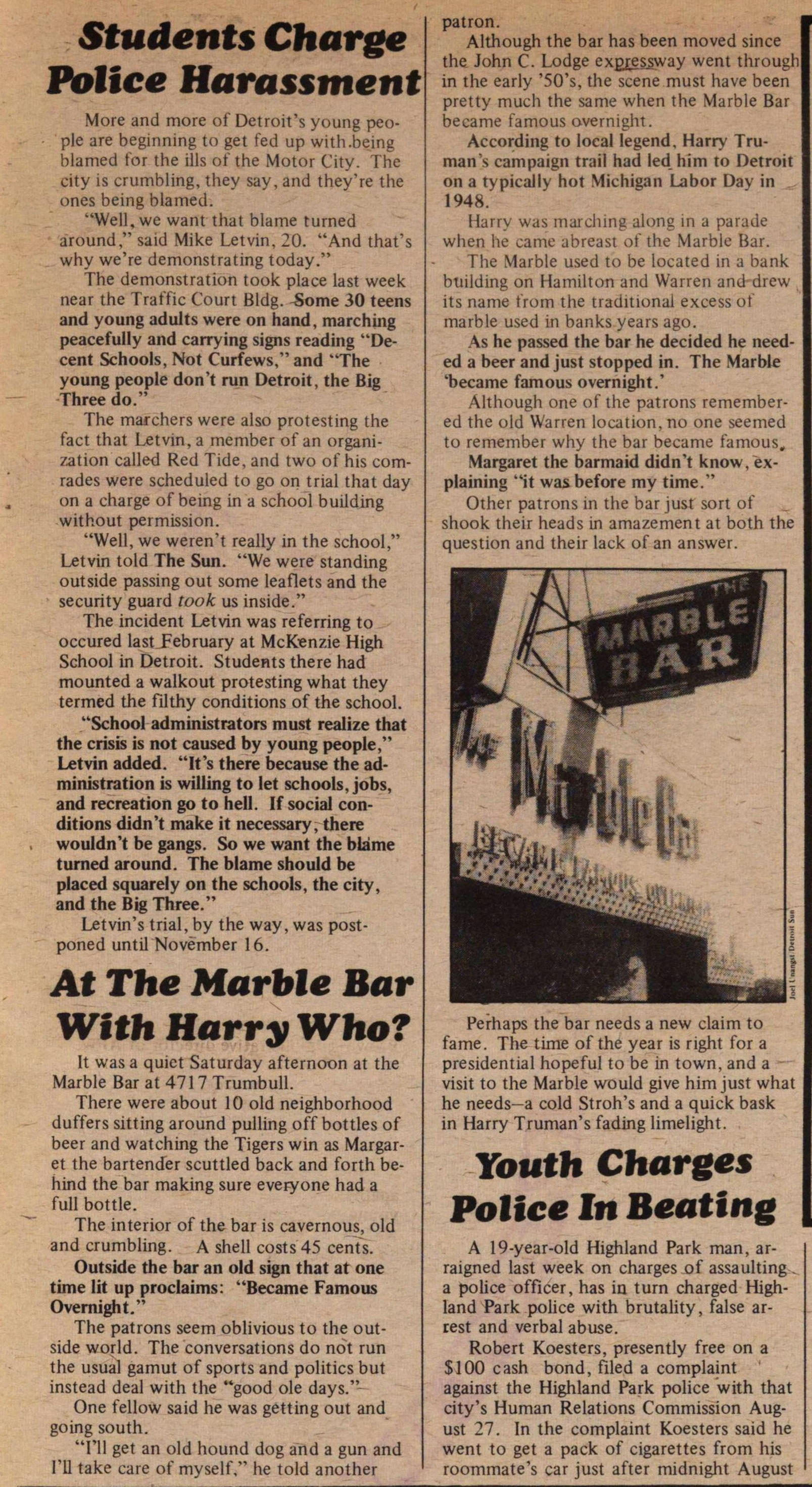 It was a quiet Saturday afternoon at the Marble Bar at 4717 Trumbull.

There were about 10 old neighborhood duffers sitting around pulling off bottles of beer and watching the Tigers win as Margaret the bartender scuttled back and forth behind the bar making sure everyone had a full bottle.

The interior of the bar is cavernous, old, and crumbling. A shell costs .45 cents.

Outside the bar, an old sign that at one time lit up proclaims: "Became Famous Overnight."

The patrons seem oblivious to the outside world. The conversations do not run the usual gamut of sports and politics but instead deal with the "good ole days."

One fellow said he was getting out and going south. 'Til get an old hound dog and a gun and I'll take care of myself," he told another patron.

Although the bar has been moved since the John C. Lodge expressway went through in the early '50s, the scene must have been pretty much the same when the Marble Bar became famous overnight. According to local legend, Harry Truman's campaign trail had led him to Detroit on a typically hot Michigan Labor Day in 1948.

Harry was marching along in a parade when he came abreast of the Marble Bar.

The Marble used to be located in a bank building on Hamilton and Warren and drew its name from the traditional excess of marble used in banks years ago.

As he passed the bar he decided he needed a beer and just stopped in.

The Marble 'became famous overnight.' Although one of the patrons remembered the old Warren location, no one seemed to remember why the bar became famous, Margaret the barmaid didn't know, explaining "it was before my time."

Other patrons in the bar just sort of shook their heads in amazement at both the question and their lack of an answer. Perhaps the bar needs a new claim to fame.

The time of the year is right for a presidential hopeful to be in town, and a - visit to the Marble would give him just what he needs- a cold Stroh's and a quick bask in Harry Truman's fading limelight.