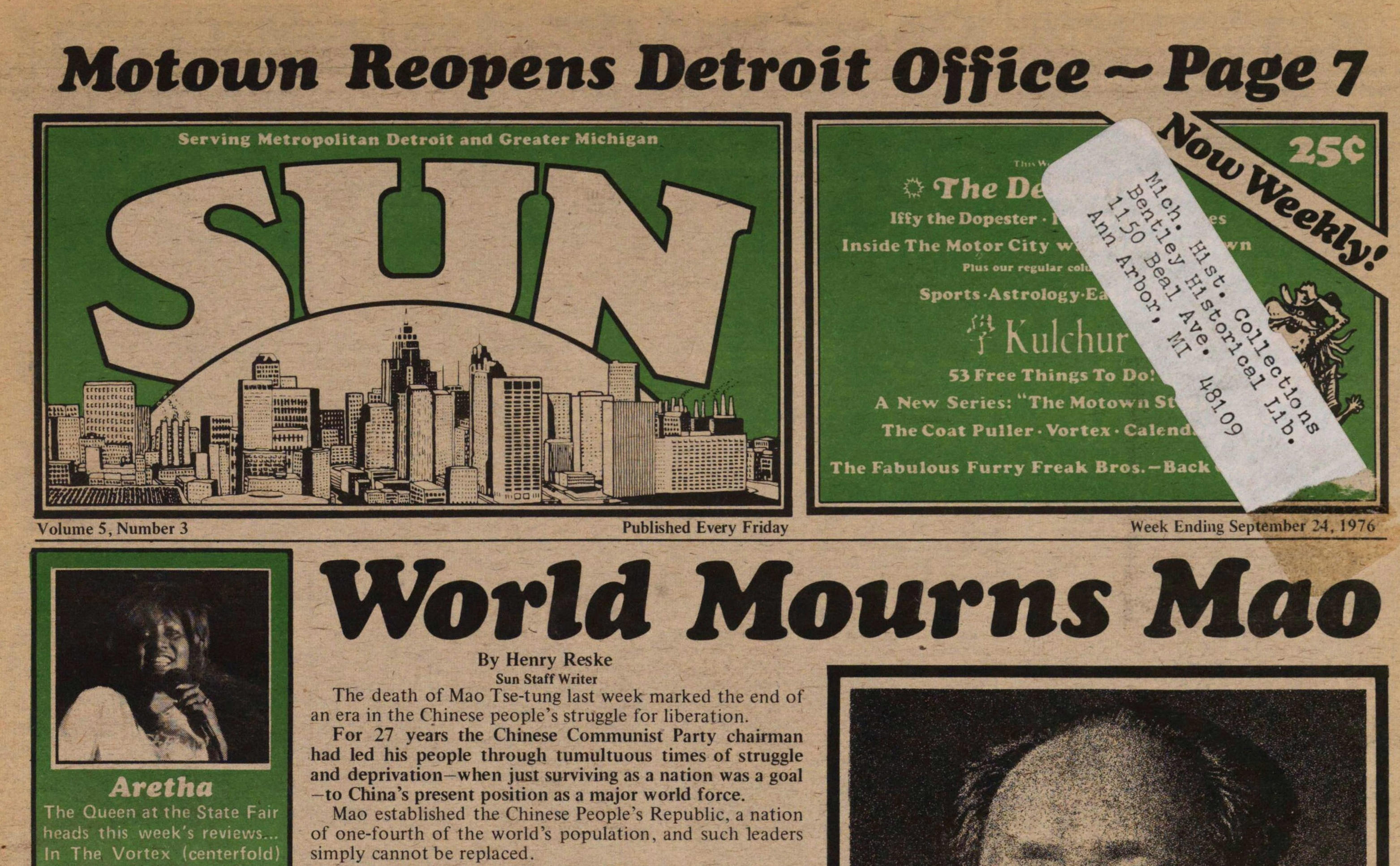 The death of Mao Tse-tung last week marked the end of an era in the Chinese people's struggle for liberation.

For 27 years of the Chinese Communist Party chairman has led his people through tumultuous times of struggle and deprivation- when just surviving as a nation was a goal-to China's present position as a major world force.

Mao established the Chinese People's Republic, a nation of one-forth of the world's population, and such leaders simply cannot be replaced.