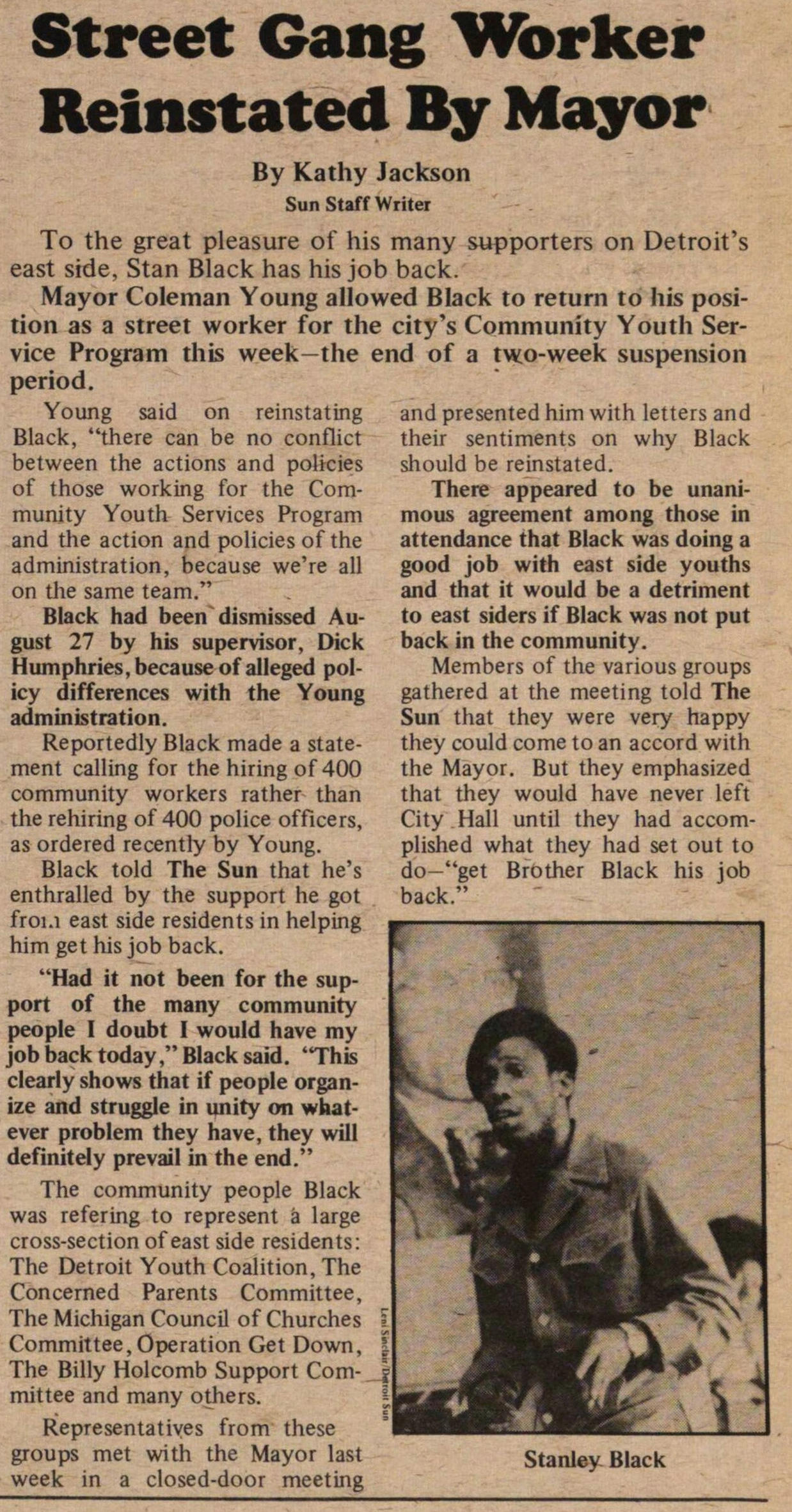 To the great pleasure of his many supporters on Detroit's east side, Stan Black has his job back.

Mayor Coleman Young allowed Black to return to his position as a street worker for the city's Community Youth Service Program this week-the end of a two-week suspension period.

Black had been dismissed August 27 by his supervisor, Dick Humphries, because of alleged policy differences with the Young administration. Reportedly Black made a statement calling for the hiring of 400 community workers rather than the rehiring of 400 police officers, as ordered recently by Young.

Black told The Sun that he's enthralled by the support he got from east side residents in helping him get his job back.

"Had it not been for the support of the many community people I doubt I would have my job back today ," Black said. "This clearly shows that if people organize and struggle in unity on whatever problem they have, they will definitely prevail in the end."

The community people Black was referring to represent á large cross-section of east side residents: The Detroit Youth Coalition, The Concerned Parents Committee, The Michigan Council of Churches Committee, Operation Get Down, The Billy Holcomb Support Committee and many others.

Representatives from these groups met with the Mayor last week in a closed-door meeting and presented him with letters and their sentiments on why Black should be reinstated.

There appeared to be unanimous agreement among those in attendance that Black was doing a good job with east side youths and that it would be a detriment to east siders if Black was not put back in the community.

Members of the various groups gathered at the meeting told The Sun that they were very happy they could come to an accord with the Mayor. But they emphasized that they would have never left City Hall until they had accomplished what they had set out to do- "get Brother Black his job back."