Top Dpoa Posts Up For Grabs 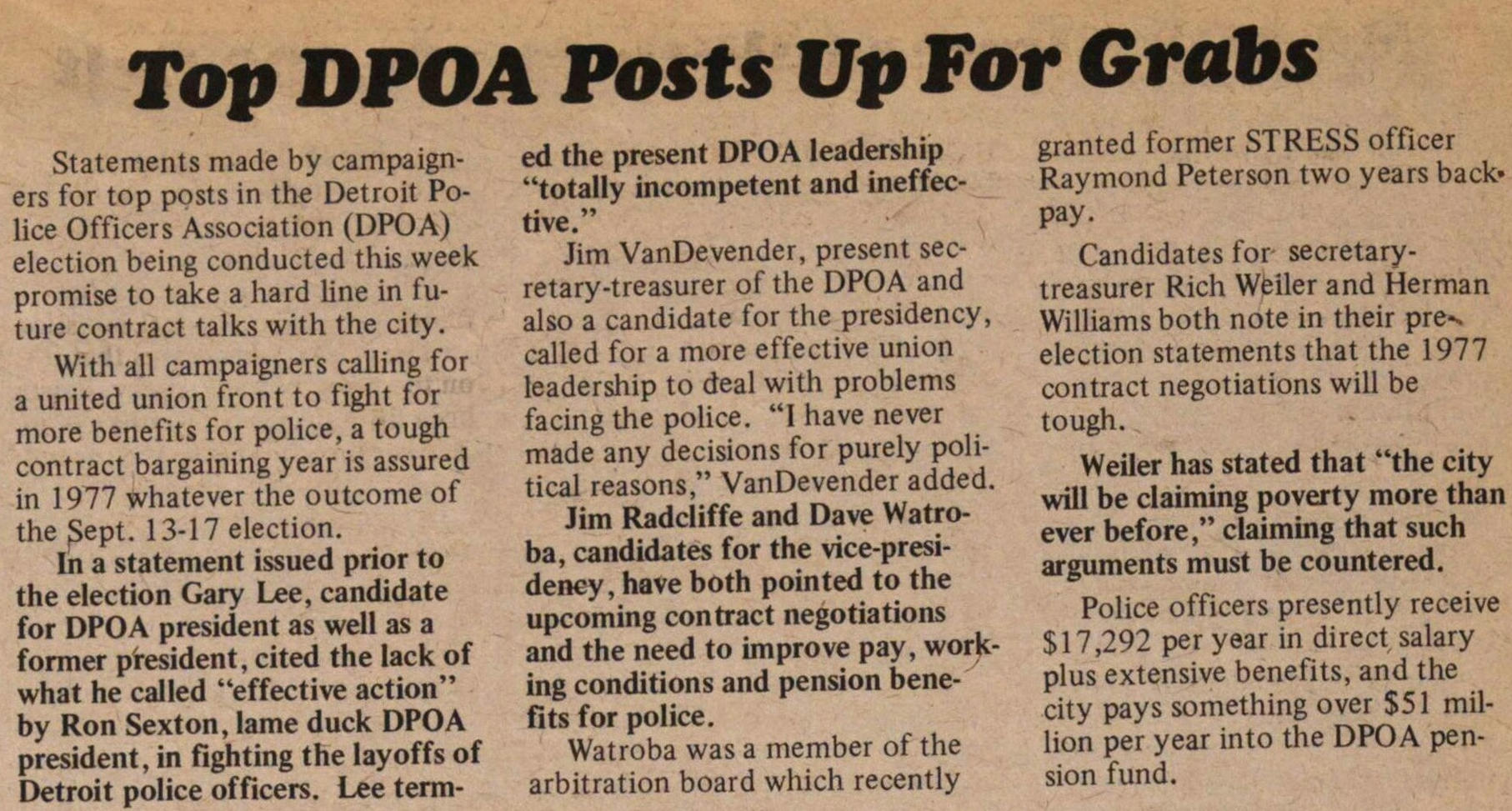 Top DPOA Posts Up For Grabs

Statements made by campaigners for top posts in the Detroit Police Officers Association (DPOA) election being conducted this week promise to take a hard line in future contract talks with the city.

With all campaigners calling for a united union front to fight for more benefits for police, a tough contract bargaining year is assured in 1977 whatever the outcome of the Sept. 13-17 election.

In a statement issued prior to the election Gary Lee, candidate for DPOA president as well as a former president, cited the lack of what he called "effective action" by Ron Sexton, lame duck DPOA president, in fighting the layoffs of Detroit police officers. Lee ed the present DPOA leadership "totally incompetent and ineffective."

Jim VanDevender, present secretary-treasurer of the DPOA and also a candidate for the presidency, called for a more effective union leadership to deal with problems facing the police. "I have never made any decisions for purely political reasons," VanDevender added.

Jim Radcliffe and Dave Watroba, candidates for the vice-president, have both pointed to the upcoming contract negotiations and the need to improve pay, working conditions and pension benefits for police.

Watroba was a member of the arbitration board which recently granted former STRESS officer Raymond Peterson two years backpay.

Candidates for secretary/treasurer Rich Weiier and Herman Williams both note in their pre-election statements that the 1977 contract negotiations will be tough.

Weiier has stated that "the city will be claiming poverty more than ever before," claiming that such arguments must be countered.

Police officers presently receive $17,292 per year in direct salary plus extensive benefits, and the city pays something over $51 million per year into the DPOA pension fund.