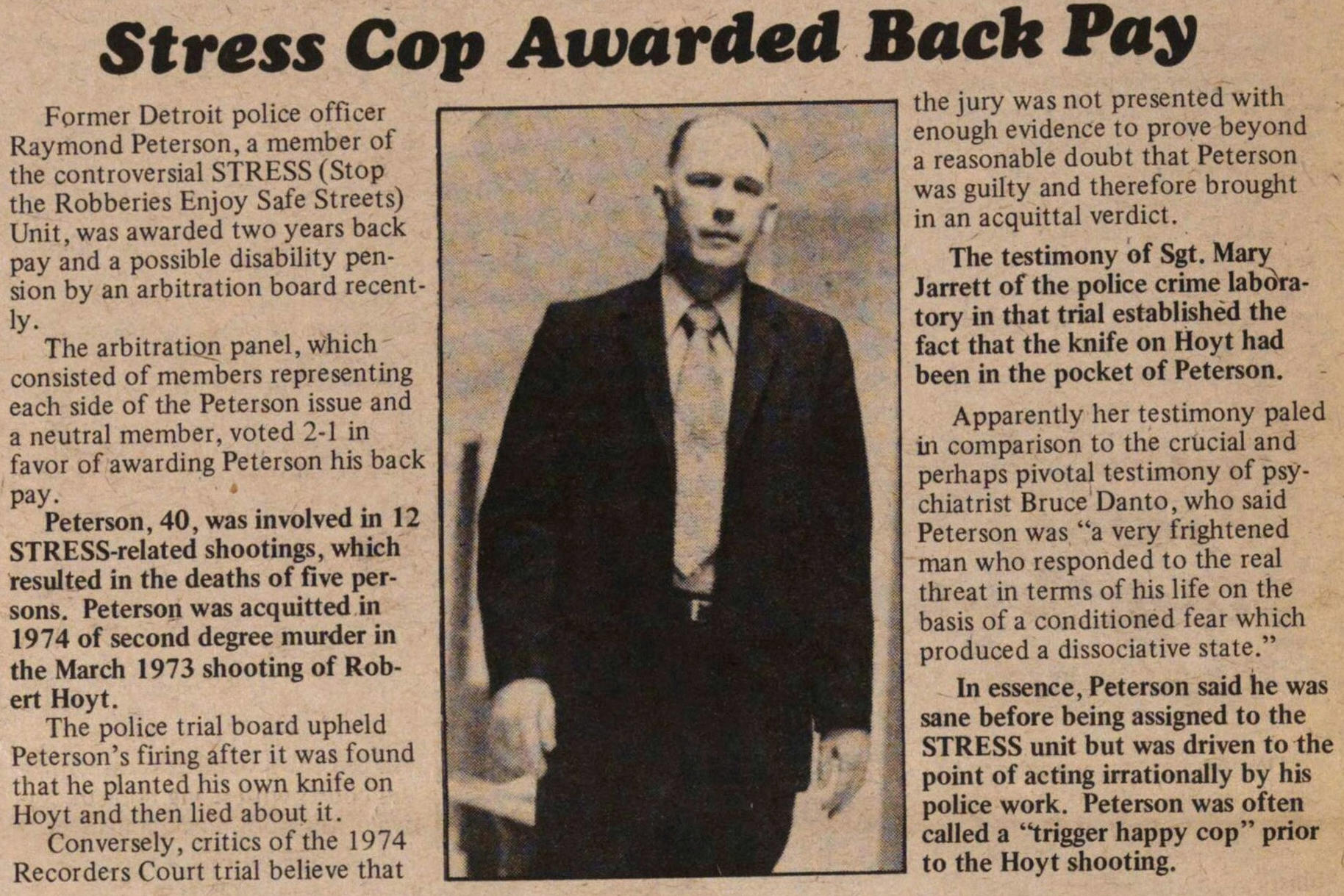 Former Detroit police officer Raymond Peterson, a member of the controversial STRESS (Stop the Robberies Enjoy Safe Streets) Unit, was awarded two years back pay and a possible disability pension by an arbitration board recently.

The arbitration panel, which consisted of members representing each side of the Peterson issue and a neutral member, voted 2-1 in favor of awarding Peterson his back pay.

Peterson, 40, was involved in 12 STRESS-related shootings, which resulted in the deaths of five persons. Peterson was acquitted in 1974 of second degree murder in the March 1973 shooting of Robert Hoyt.

The police trial board upheld Peterson's firing after it was found that he planted his own knife on Hoyt and then lied about it.      Conversely, critics of the 1974 Recorders Court trial believe that the jury was not presented with enough evidence to prove beyond a reasonable doubt that Peterson was guilty and therefore brought in an acquittal verdict.

The testimony of Sgt. Mary Jarrett of the police crime laboratory in that trial established the fact that the knife on Hoyt had been in the pocket of Peterson.

Apparently her testimony paled in comparison to the crucial and perhaps pivotal testimony of psychiatrist Bruce Danto, who said Peterson was "a very frightened man who responded to the real threat in terms of his life on the basis of a conditioned fear which produced a dissociative state."

In essence, Peterson said he was sane before being assigned to the STRESS unit but was driven to the point of acting irrationally by his police work. Peterson was often called a "trigger happy cop" prior to the Hoyt shooting.