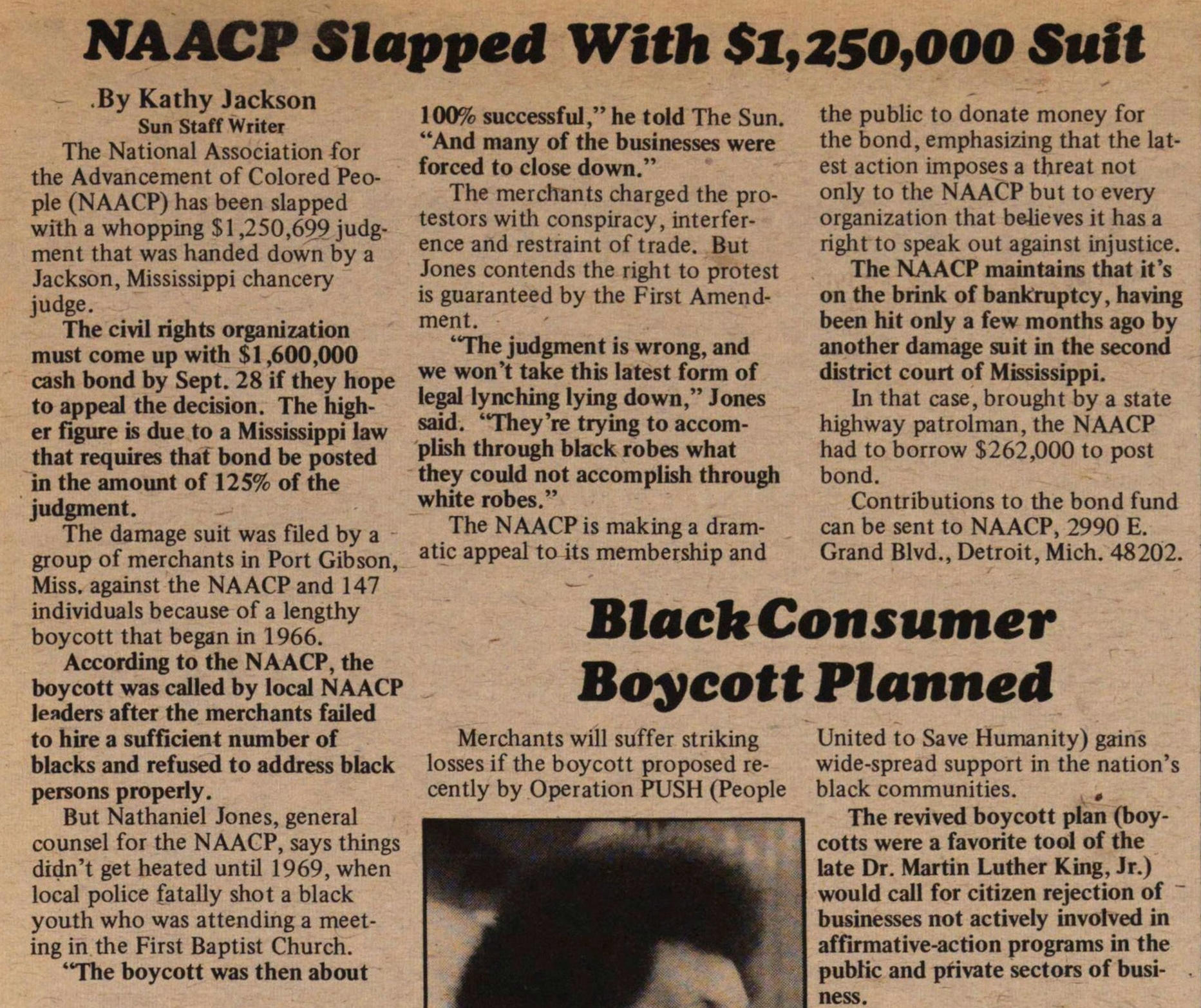 The National Association for the Advancement of Colored People (NAACP) has been slapped with a whopping $1,250,699 judgment that was handed down by a Jackson, Mississippi chancery judge.         The civil rights organization must come up with $1,600,000 cash bond by Sept. 28 if they hope to appeal the decision. The higher figure is due to a Mississippi law that requires that bond be posted in the amount of 125% of the judgment.

The damage suit was filed by a group of merchants in Port Gibson, Miss. against the NAACP and 147 individuals because of a lengthy boycott that began in 1966.

According to the NAACP, the boycott was called by local NAACP leaders after the merchants failed to hire a sufficient number of blacks and refused to address black persons properly.

But Nathaniel Jones, general counsel for the NAACP, says things didn't get heated until 1969, when local police fatally shot a black youth who was attending a meeting in the First Baptist Church.

"The boycott was then about 100% successful," he told The Sun. "And many of the businesses were forced to close down."    The merchants charged the protestors with conspiracy, interference and restraint of trade. But Jones contends the right to protest is guaranteed by the First Amendment.

The NAACP is making a dramatic appeal to its membership and the public to donate money for the bond, emphasizing that the latest action imposes a threat not only to the NAACP but to every organization that believes it has a right to speak out against injustice.

The NAACP maintains that it's on the brink of bankruptcy , having been hit only a few months ago by another damage suit in the second district court of Mississippi.

In that case, brought by a state highway patrolman, the NAACP had to borrow $262,000 to post bond.