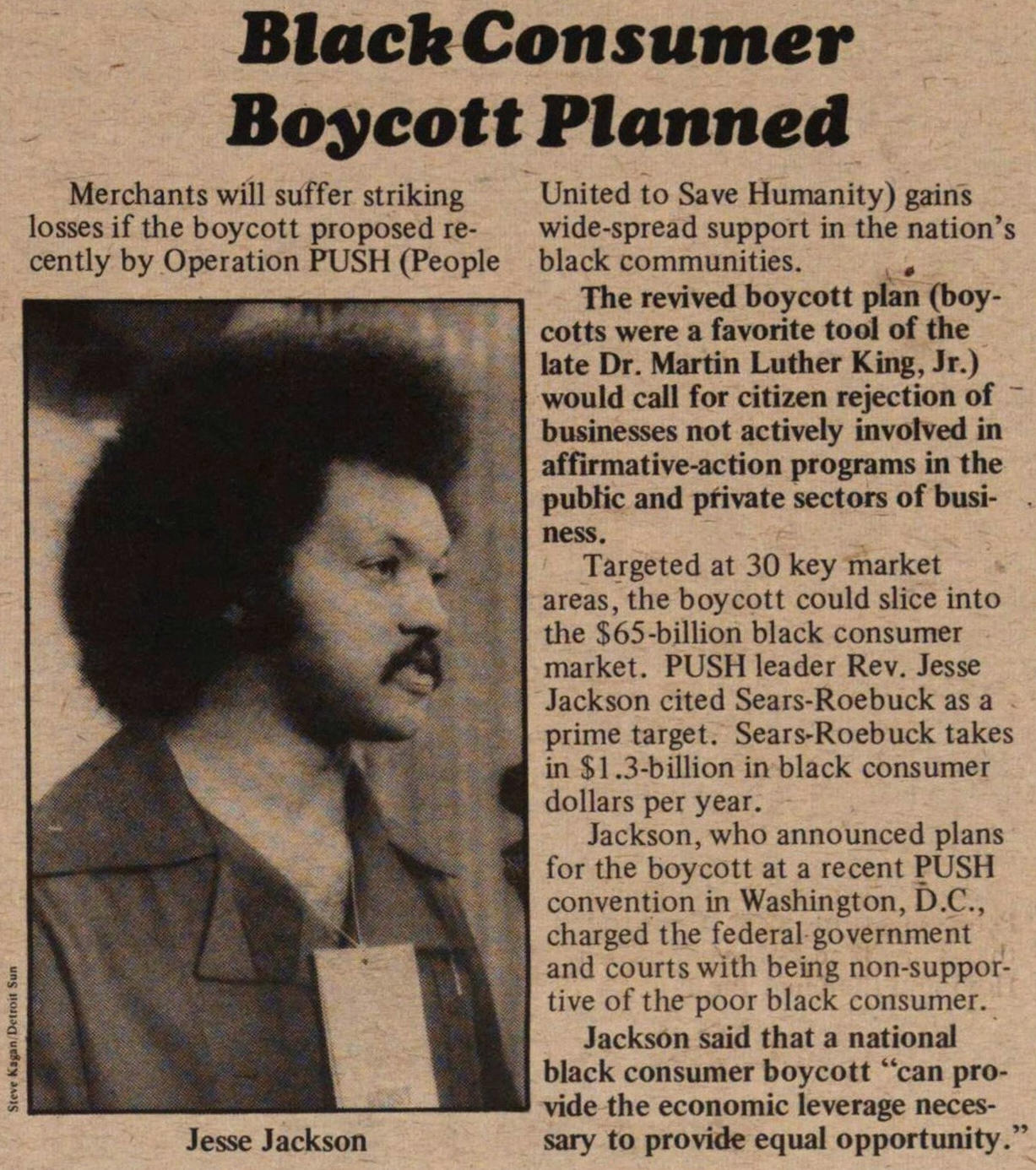 Merchants will suffer striking losses if the boycott proposed recently by Operation PUSH (People United to Save Humanity) gains wide-spread support in the nation's black communities.

The revived boycott plan (boycotts were a favorite tool of the late Dr. Martin Luther King, Jr.) would call for citizen rejection of businesses not actively involved in affirmative-action programs in the public and private sectors of business.

Jackson, who announced plans for the boycott at a recent PUSH convention in Washington, D.C., charged the federal government and courts with being non-supportive of the poor black consumer. Jackson said that a national black consumer boycott "can provide the economic leverage necessary to provide equal opportunity."