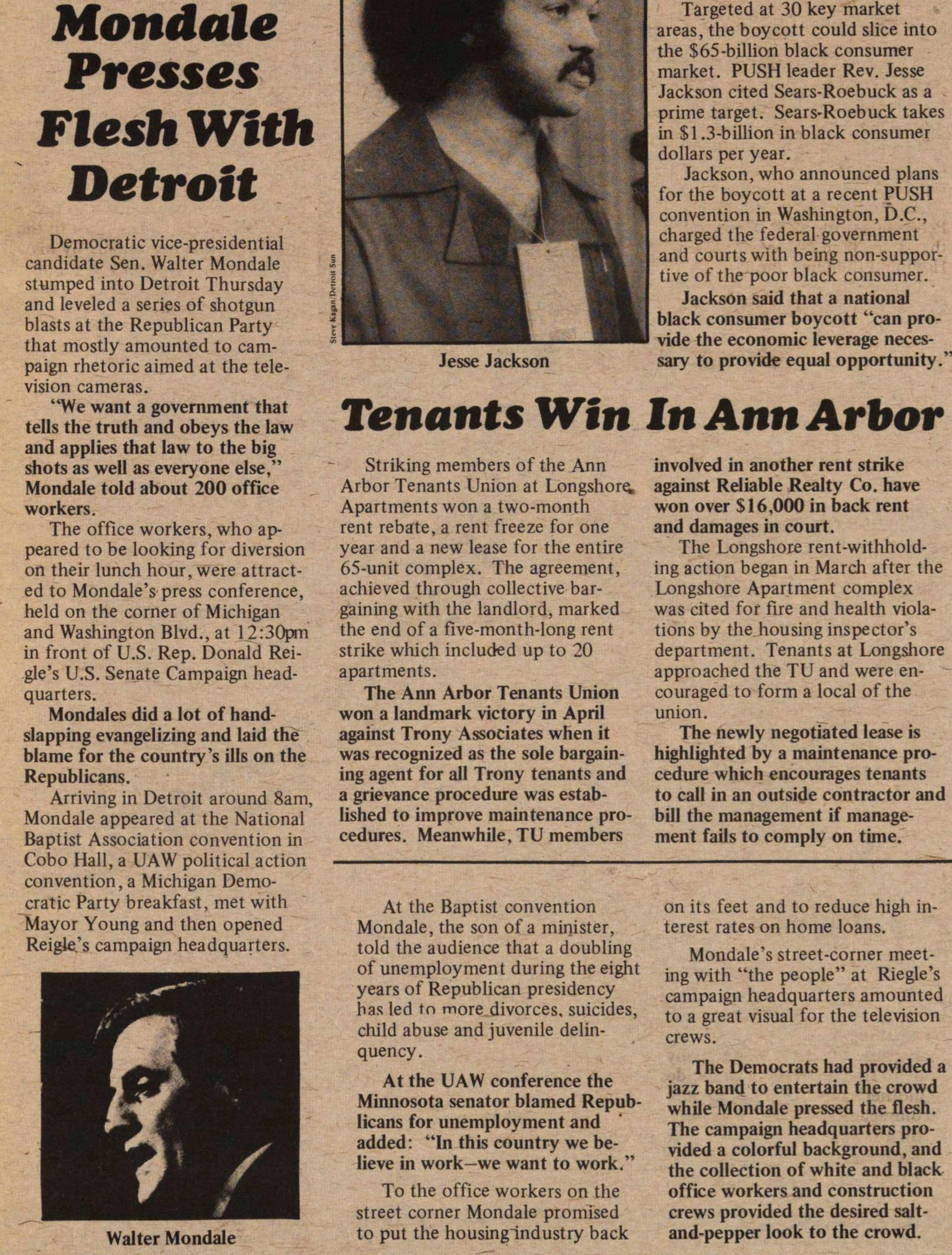 Democratic vice-presidential candidate Sen. Walter Mondale stumped into Detroit Thursday and leveled a series of shotgun blasts at the Republican Party that mostly amounted to campaign rhetoric aimed at the television cameras.

"We want a government that tells the truth and obeys the law and applies that law to the big shots as well as everyone else," Mondale told about 200 office workers.

The office workers, who appeared to be looking for diversion on their lunch hour, were attracted to Mondale's press conference, held on the corner of Michigan and Washington Blvd., at 12:30 pm in front of U.S. Rep. Donald Reigle's U.S. Senate Campaign headquarters.

Mondales did a lot of hand-slapping evangelizing and laid the blame for the country's ills on the Republicans.

Arriving in Detroit around 8 am, Mondale appeared at the National Baptist Association convention in Cobo Hall, a UAW political action convention, a Michigan Democratic Party breakfast, met with Mayor Young and then opened Reigle's campaign headquarters.

At the Baptist convention Mondale, the son of a minister, told the audience that a doubling of unemployment during the eight years of Republican presidency has led in more divorces, suicides, child abuse and juvenile delinquency.

At the UAW conference the Minnosota senator blamed RepubIicans for unemployment and added: "In this country we believe in work- we want to work."

To the office workers on the street corner Mondale promised to put the housing industry back on its feet and to reduce high interest rates on home loans.

Mondale's street-corner meeting with "the people" at Riegle's campaign headquarters amounted to a great visual for the television crews.

The Democrats had provided a jazz band to entertain the crowd while Mondale pressed the flesh. The campaign headquarters provided a colorful background, and the collection of white and black office workers and construction crews provided the desired salt and pepper look to the crowd.