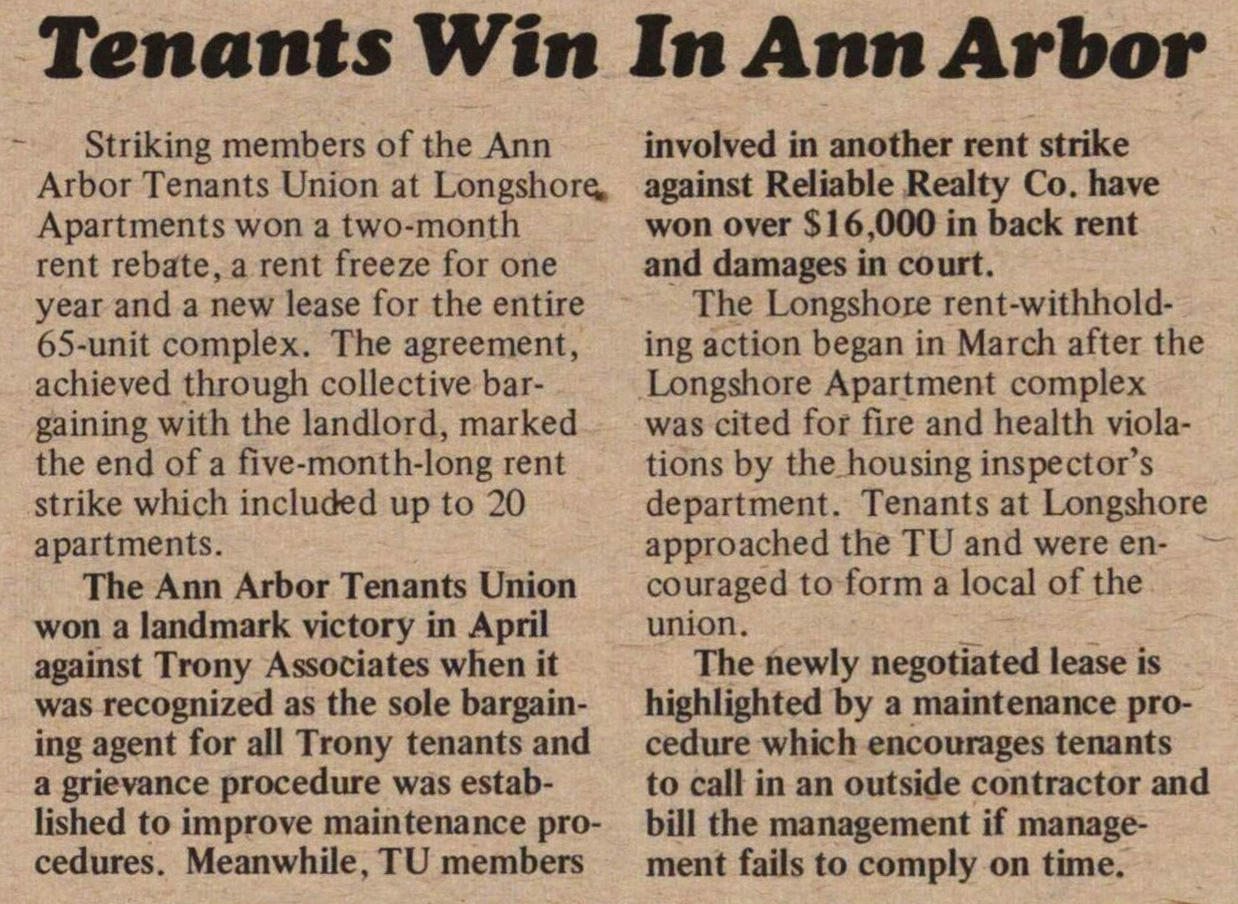 Striking members of the Ann Arbor Tenants Union at Longshore. Apartments won a two-month rent rebate, a rent freeze for one year and a new lease for the entire 65-unit complex. The agreement, achieved through collective bargaining with the landlord, marked the end of a five-month-long rent strike which included up to 20 apartments.

The Ann Arbor Tenants Union won a landmark victory in April against Trony Associates when it was recognized as the sole bargaining agent for all Trony tenants and a grievance procedure was established to improve maintenance procedures. Meanwhile, TU members involved in another rent strike against Reliable Realty Co. have won over $16,000 in back rent and damages in court.

The Longshore rent-withholding action began in March after the Longshore Apartment complex was cited for fire and health violations by the housing inspector's department. Tenants at Longshore approached the TU and were encouraged to form a local of the union.

The newly negotiated lease is highlighted by a maintenance procedure which encourages tenants to call in an outside contractor and bill the management if management fails to comply on time.