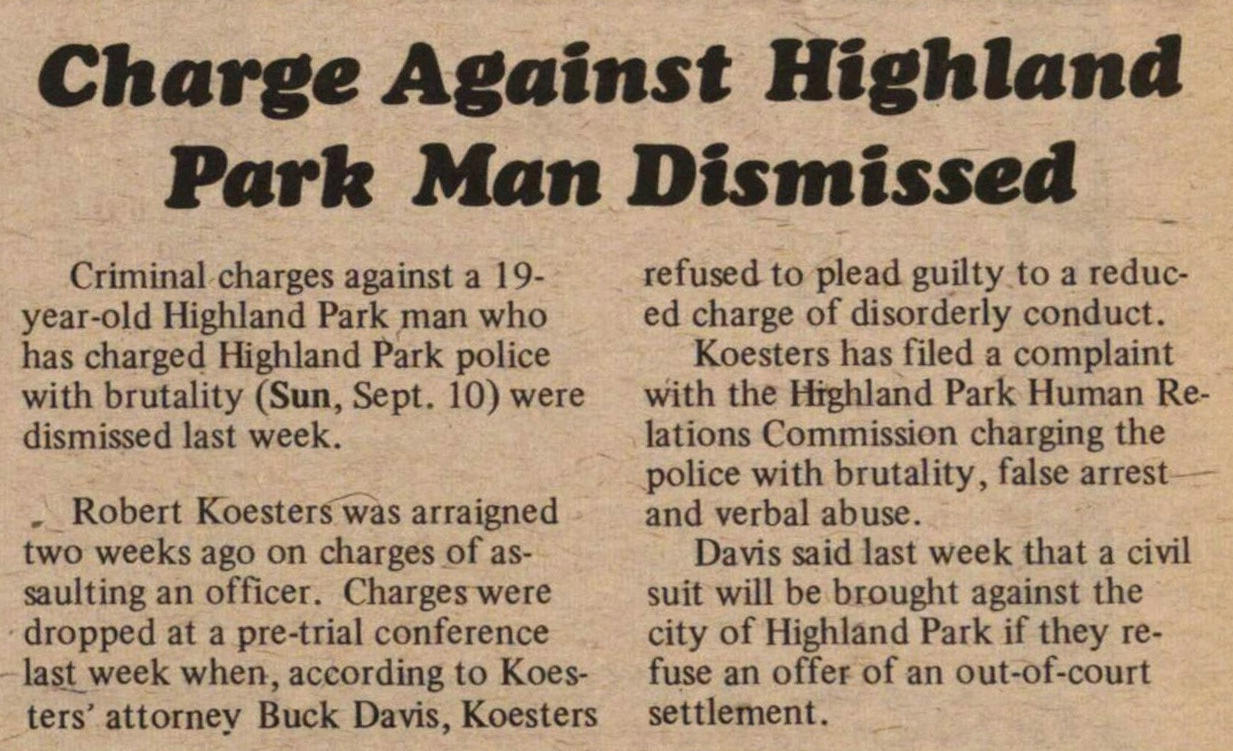 Robert Koesters was arraigned two weeks ago on charges of assaulting an officer. Charges were dropped at a pre-trial conference last week when, according to Koesters' attorney Buck Davis, Koesters refused to plead guilty to a reduced charge of disorderly conduct.

Koesters has filed a complaint with the Highland Park Human Relations Commission charging the police with brutality, false arrest and verbal abuse. Davis said last week that a civil suit will be brought against the city of Highland Park if they refuse an offer of an out-of-court settlement.