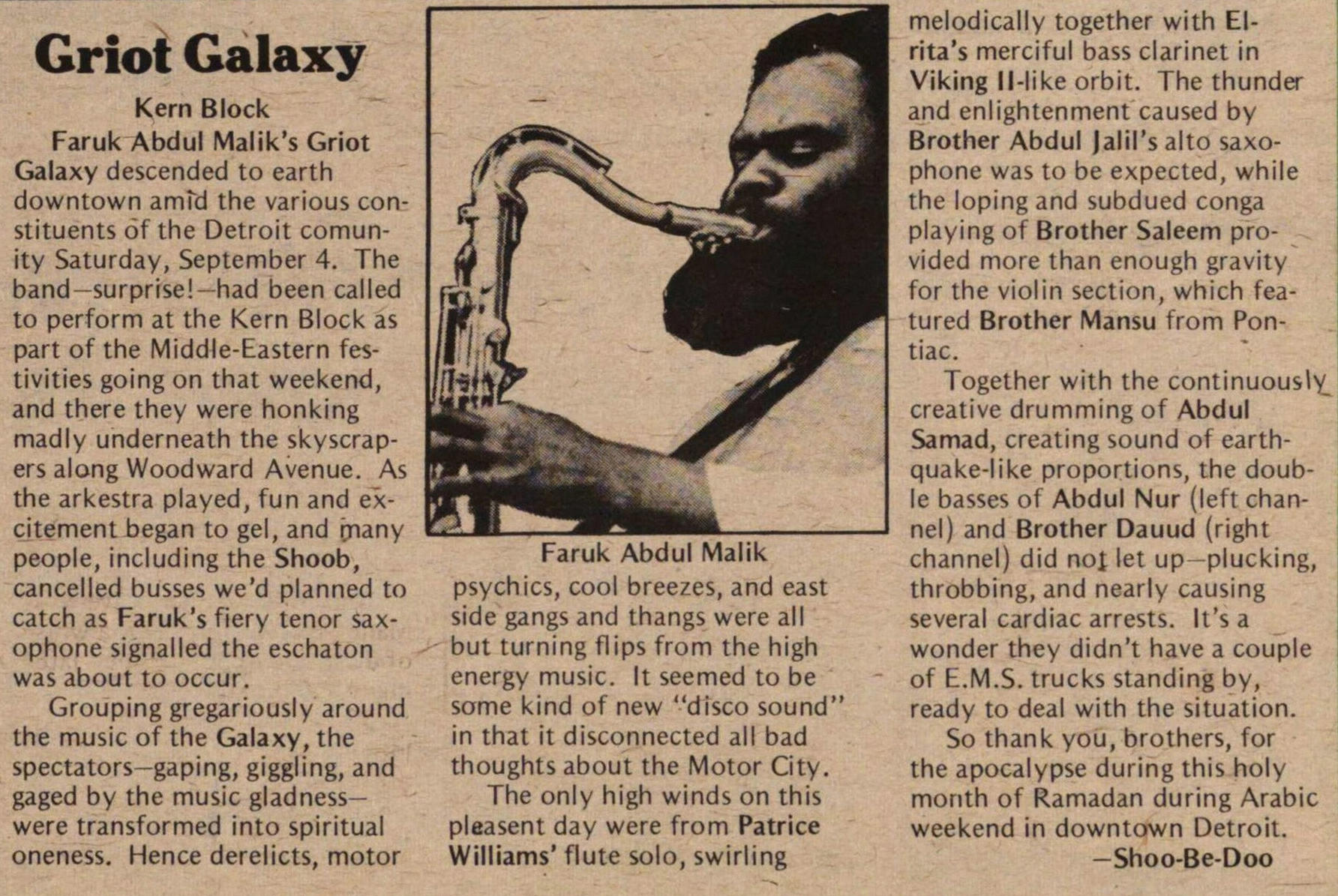 Faruk Abdul Malik's Griot Galaxy descended to earth downtown amid the various constituents of the Detroit community Saturday, September 4. The band- surprise!- had been called to perform at the Kern Block as part of the Middle-Eastern festivities going on that weekend, and there they were honking madly underneath the skyscrapers along Woodward Avenue. As the arkestra played, fun and excitement began to gel, and many people, including the Shoob, cancelled busses we'd planned to catch as Faruk's fiery tenor saxophone signalled the eschaton was about to occur.

Grouping gregariously around the music of the Galaxy, the spectators-gaping, giggling, and gaged by the music gladness- were transformed into spiritual oneness. Hence derelicts, motor psychics, cool breezes, and east side gangs and thangs were all but turning flips from the high energy music. It seemed to be same kind of new "disco sound" in that it disconnected all bad thoughts about the Motor City.

The only high winds on this pleasant day were from Patrice Williams' flute solo, swirling melodically together with Elrita's merciful bass clarinet in Viking ll-like orbit. The thunder and enlightenment caused by Brother Abdul Jalil's alto saxophone was to be expected, while the loping and subdued conga playing of Brother Saleem provided more than enough gravity for the violin section, which featured Brother Mansu from Pontiac.

Together with the continuously creative drumming of Abdul Samad, creating sound of earthquake-like proportions, the double basses of Abdul Nur (left channel) and Brother Dauud (right channel) did not let up-plucking, throbbing, and nearly causing several cardiac arrests. lt's a wonder they didn't have a couple of E.M.S. trucks standing by, ready to deal with the situation.

So thank you, brothers, for the apocalypse during this holy month of Ramadan during Arabic weekend in downtown Detroit.