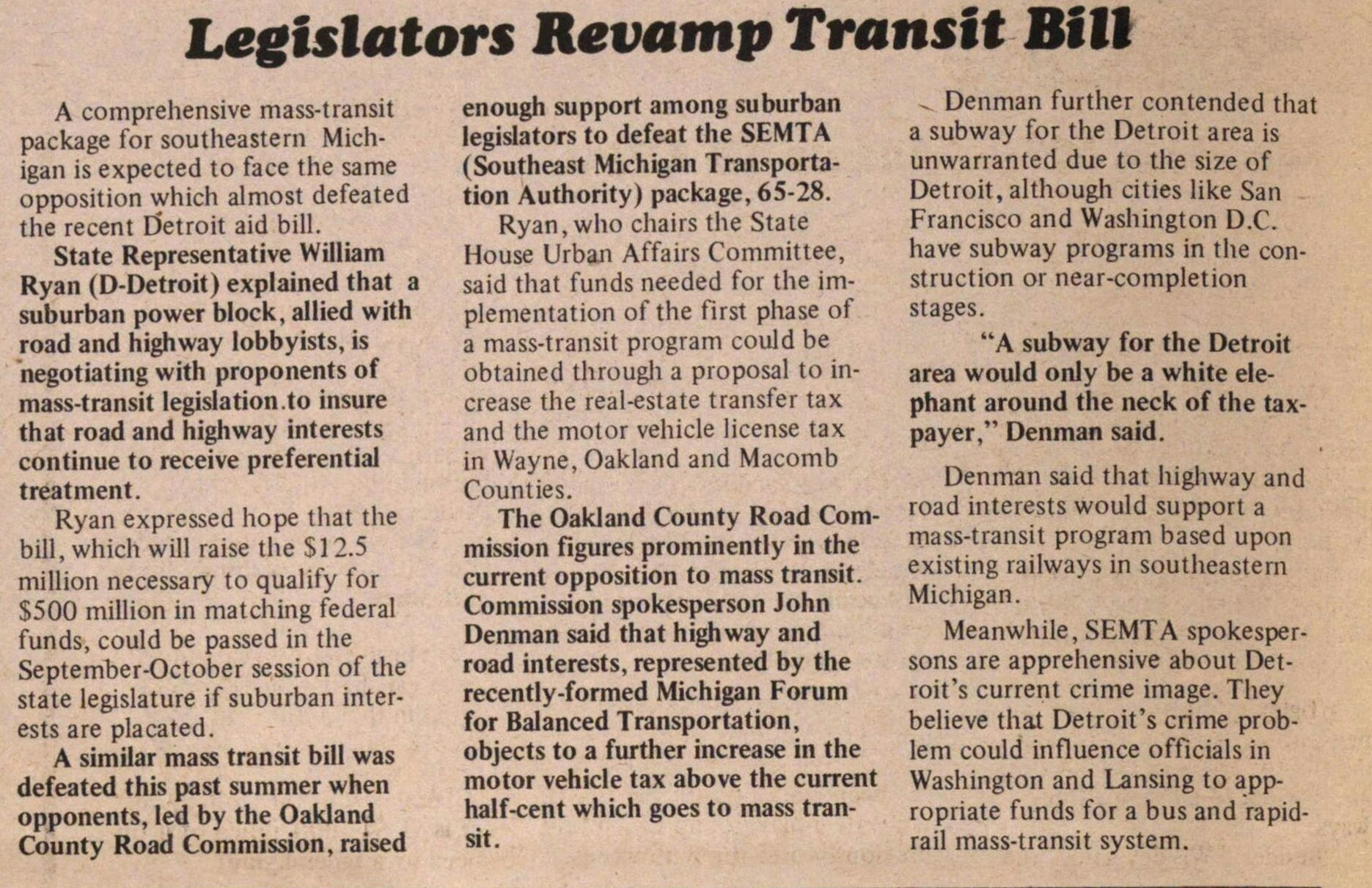 A comprehensive mass-transit package for southeastern Michigan is expected to face the same opposition which almost defeated the recent Detroit aid bill.

State Representative William Ryan (D-Detroit) explained that a suburban power block, allied with road and highway lobbyists, is negotiating with proponents of mass-transit legislation to insure that road and highway interests continue to receive preferential treatment.

Ryan expressed hope that the bill, which will raise the $12.5 million necessary to qualify for $500 million in matching federal funds, could be passed in the September-October session of the state legislature if suburban interests are placated.

Ryan, who chairs the State House Urban Affairs Committee, said that funds needed for the implementation of the first phase of a mass-transit program could be obtained through a proposal to increase the real-estate transfer tax and the motor vehicle license tax in Wayne, Oakland and Macomb Counties.

The Oakland County Road Commission figures prominently in the current opposition to mass transit. Commission spokesperson John Denman said that highway and road interests, represented by the recently-formed Michigan Forum for Balanced Transportation, objects to a further increase in the motor vehicle tax above the current half-cent which goes to mass transit.

Denman further contended that a subway for the Detroit area is unwarranted due to the size of Detroit, although cities like San Francisco and Washington D.C. have subway programs in the construction or near-completion stages.

"A subway for the Detroit area would only be a white elephant around the neck of the taxpayer," Denman said.

Denman said that highway and road interests would support a mass-transit program based upon existing railways in southeastern Michigan.

Meanwhile, SEMTA spokespersons are apprehensive about Detroit 's current crime image. They believe that Detroit's crime problem could influence officials in Washington and Lansing to appropriate funds for a bus and rapid-rail mass-transit system.