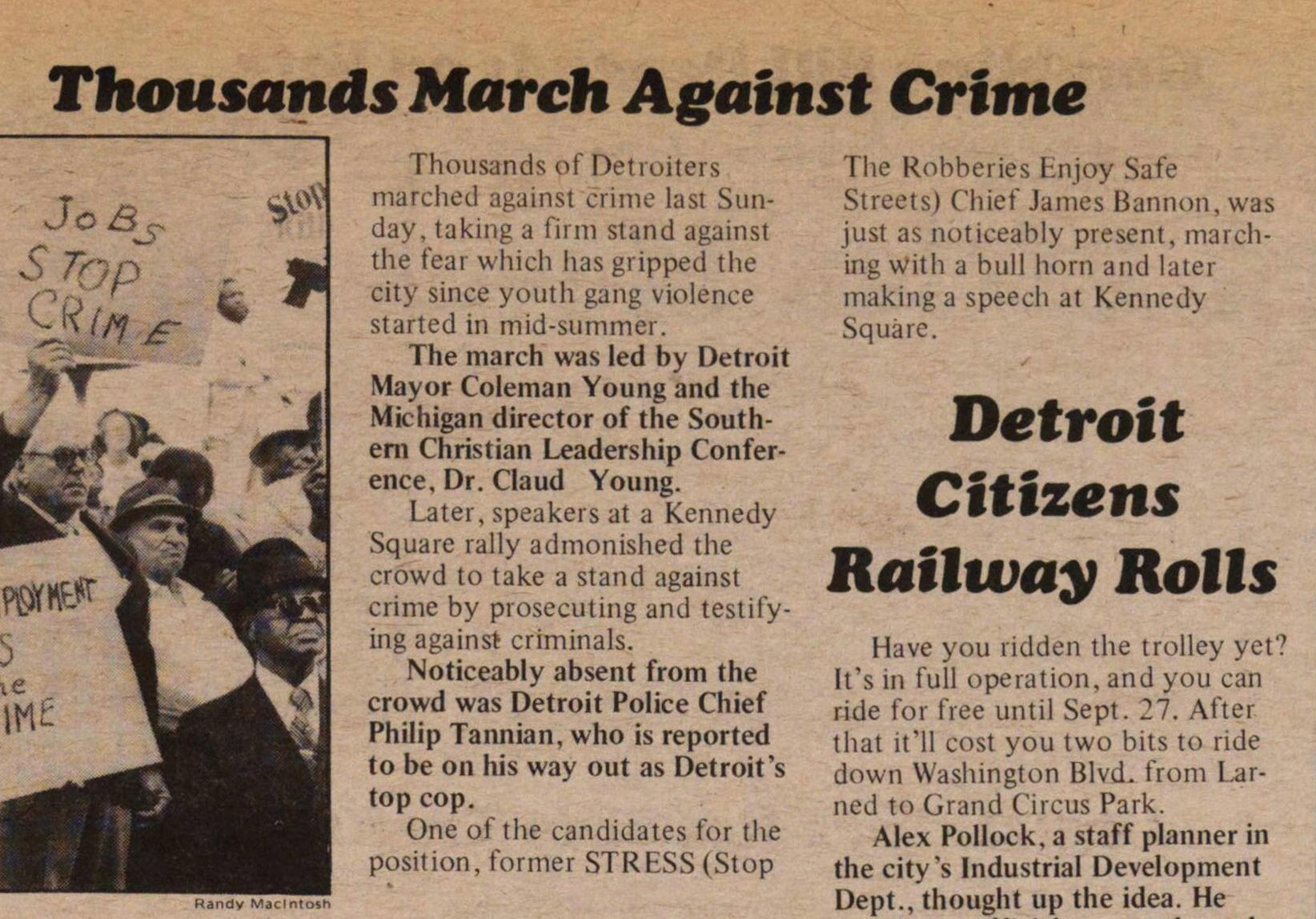 Thousands of Detroiters marched against crime last Sunday, taking a firm stand against the fear which has gripped the city since youth gang violence started in mid-summer.

The march was led by Detroit Mayor Coleman Young and the Michigan director of the Southern Christian Leadership Conference, Dr. Claud Young.

Later, speakers at a Kennedy Square rally admonished the crowd to take a stand against crime by prosecuting and testifying against criminals.

Noticeably absent from the crowd was Detroit Police Chief Philip Tannian, who is reported to be on his way out as Detroit's top cop.

One of the candidates for the position, former STRESS (Stop The Robberies Enjoy Safe Streets) Chief James Bannon, was just as noticeably present, marching with a bull horn and later making a speech at Kennedy Square.