"to Lose An Angel" Masonic Temple 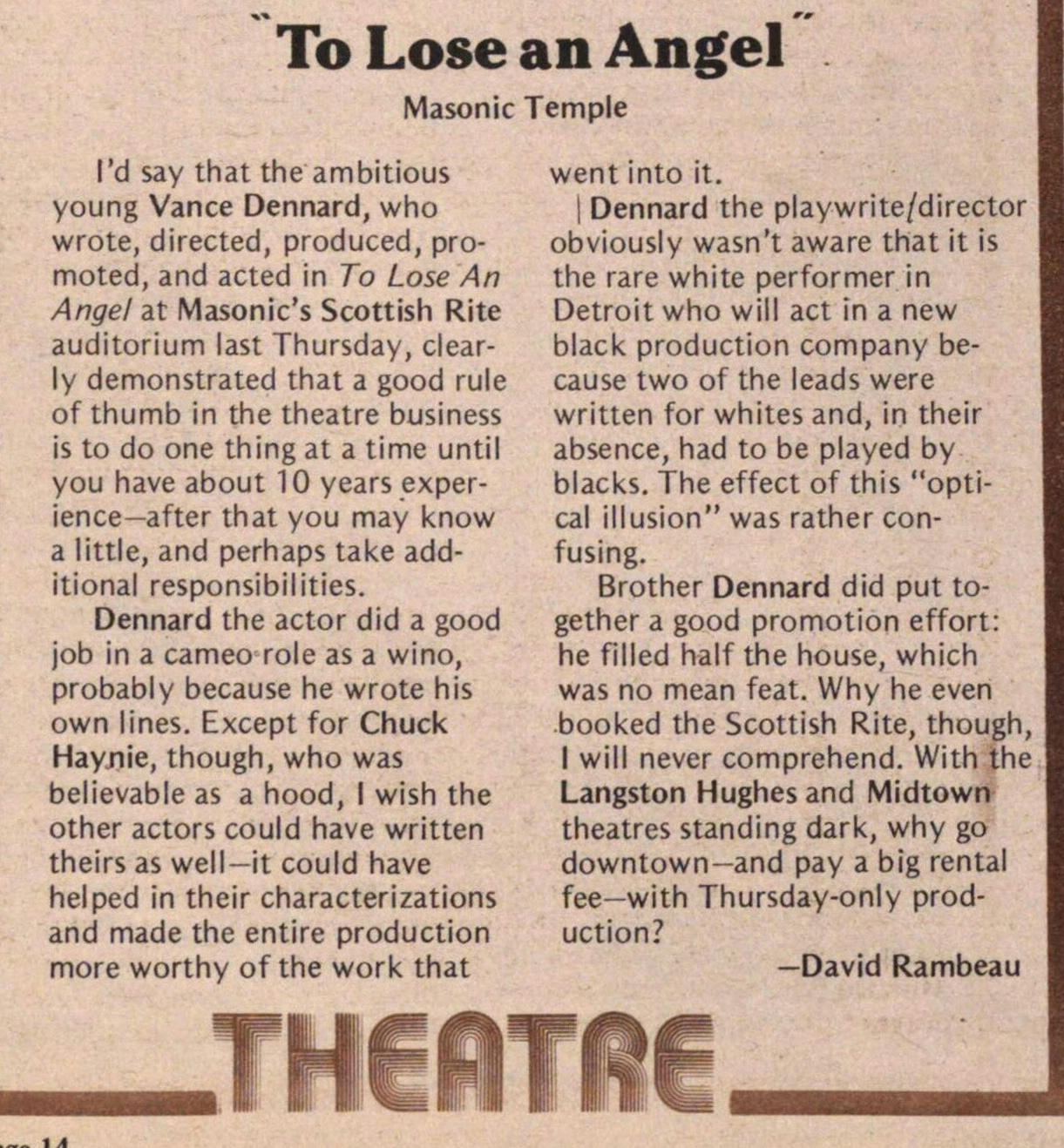 l'd say that the ambitious young Vanee Dennard, who wrote, directed, produced, promoted, and acted in To Lose An Angel at Masonic's Scottish Rite auditorium last Thursday, clearly demonstrated that a good rule of thumb in the theatre business is to do one thing at a time until you have about 10 years experience- after that you may know a little, and perhaps take additional responsibilities. Dennard the actor did a good job in a carneo role as a wino, probably because he wrote his own Unes. Except for Chuck Hayjiie, though, who was believable as a hood, I wish the other actors could have written theirs as well-it could have helped n their characterizations and made the entire production more worthy of the work that went nto t. Dennard the playwritedirector I obviously wasn't aware that it is the rare white performer in Detroit who will act in a new black production company because two of the leads were written for whites and, in their absence, had to be played by blacks. The effect of this "optical Ilusión" was rather confusing. Brother Dennard did put together a good promotion effort: he filled half the house, which was no mean feat. Why he even booked the Scottish Rite, though, I will never comprehend. With the Langston Hughes and Midtown theatres standing dark, why go downtown- and pay a big rental fee- with Thursday-only production? THfiTCi J 1 A