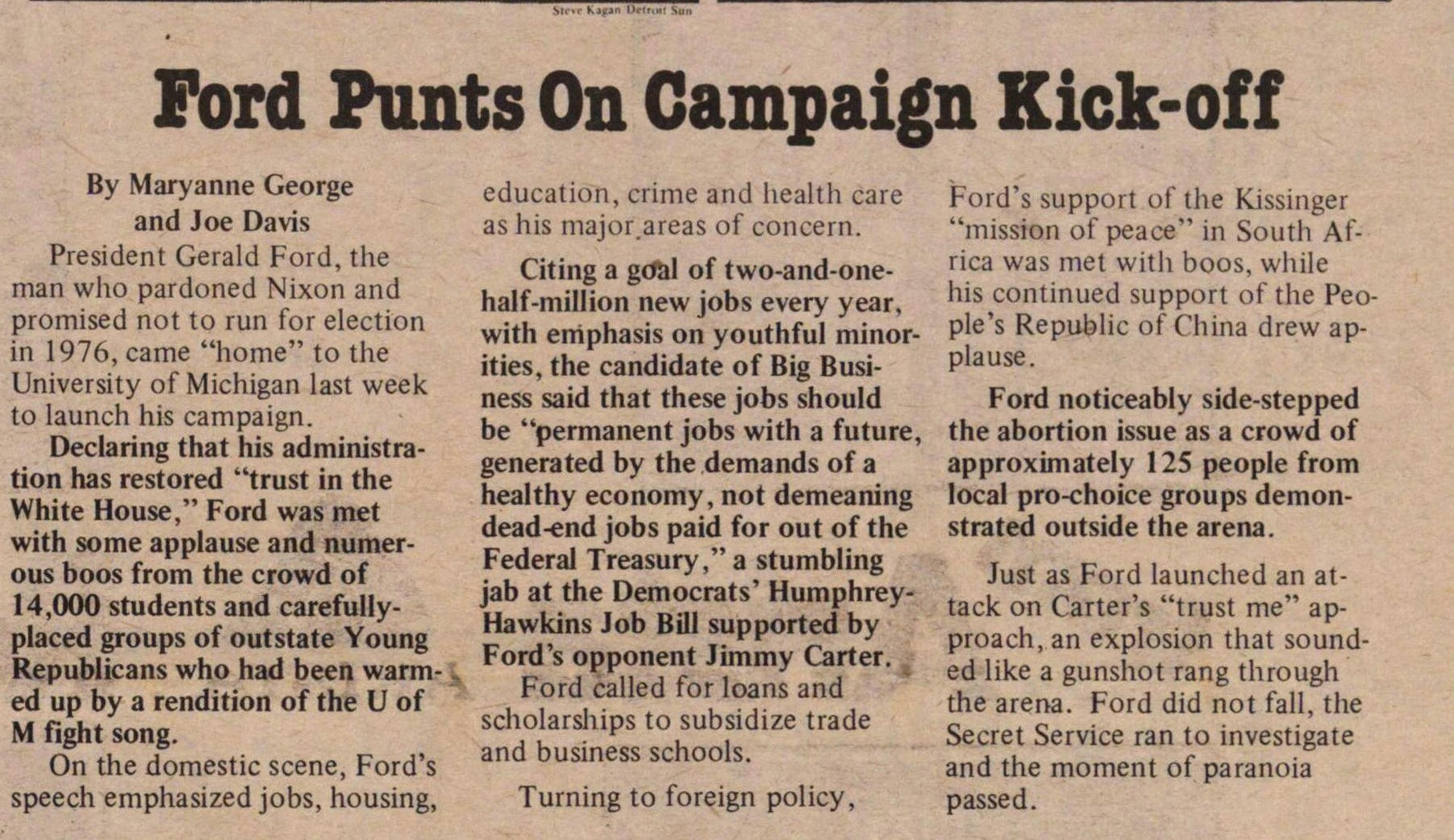 President Gerald Ford, the man who pardoned Nixon and promised not to run for election in 1976, came "home" to the University of Michigan last week to launch his campaign. Declaring that his administration has restored "trust in the White House," Ford was met with some applause and numerous boos f rom the crowd of 14,000 students and carefullyplaced groups of outstate Young Republicans who had been warmed up by a rendition of the U of M fight song. On the domestic scène, Ford's speech emphasized jobs, housing, education, crime and liealth care as his major. areas of concern. Citing a gdal of two-and-onehalf-million new jobs every year, with erriphasis on youthful minorities, the candidate of Big Business said that these jobs should be "permanent jobs with a future, generated by the demands of a healthy economy, not demeaning dead-end jobs paid for out of the Federal Treasury," a stumbling jab at the Democrats' HumphreyHawkins Job BUI supported by Ford's opponent Jimmy Carter. Ford called for loans and scholarships to subsidize trade and business schools. Turning to foreign policy, Ford's support of the Kissinger "mission of peace" in South Africa was met with boos, while his continued support of the People's Republic of China drew applause. Ford noticeably side-stepped the abortion issue as a crowd of approximately 125 people from local pro-choice groups demonstrated outside the arena. Just as Ford launched an attack on Carter's "trust me" approach.an explosión that sounded like a gunshot rang through the arena. Ford did not fall, the Secret Service ran to investígate and the moment of paranoia passed.