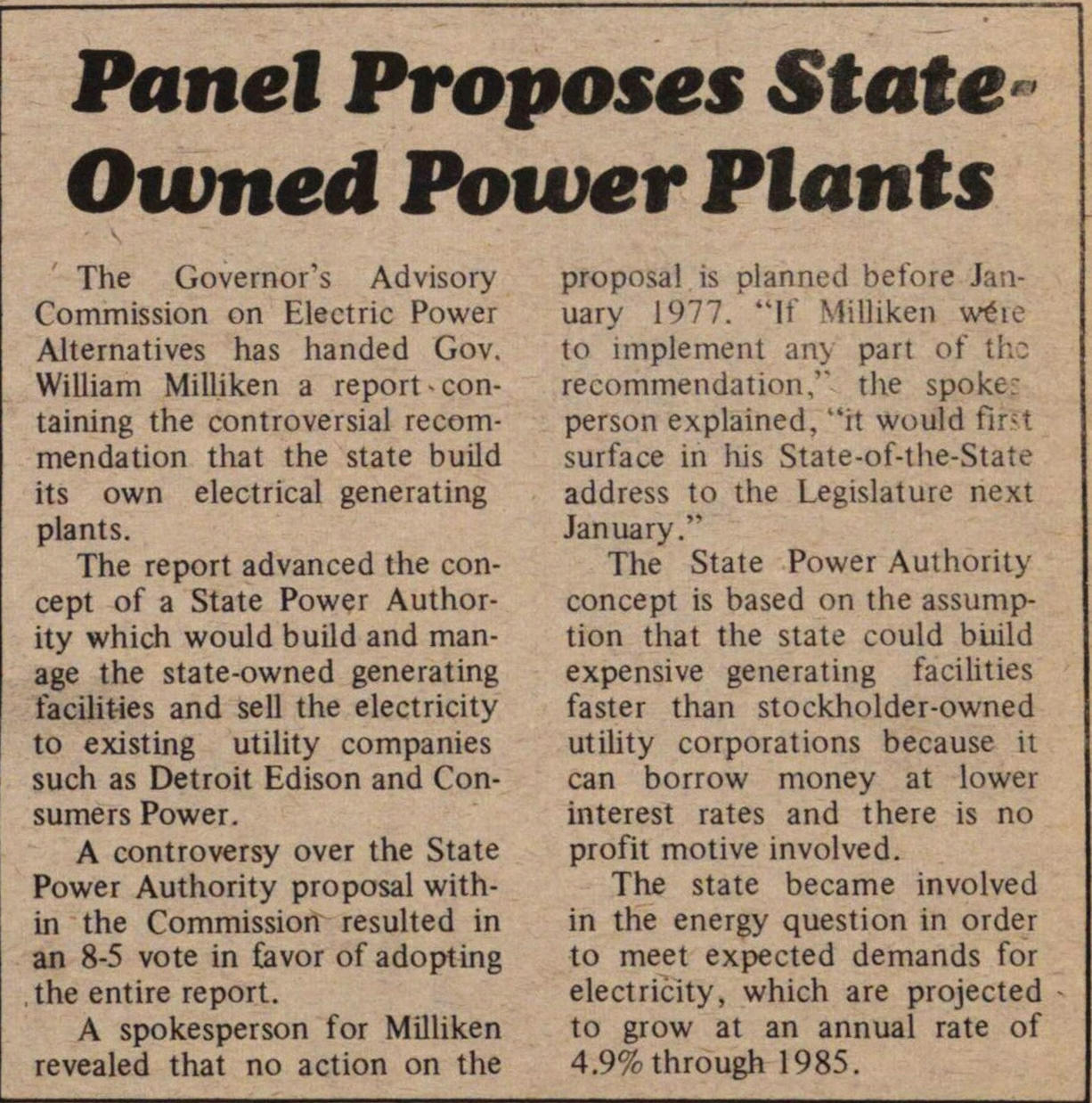 The Governor's Advisory Commission on Electric Power Alternatives has handed Gov. William Milliken a report containing the controversial recommendation that the state build its own electrical generating plants.

The report advanced the concept of a State Power Authority which would build and manage the state-owned generating facilities and sell the electricity to existing utility companies such as Detroit Edison and Consumers Power.

A controversy over the State Power Authority proposal within the Commission resulted in an 8-5 vote in favor of adopting the entire report.

A spokesperson for Milliken revealed that no action on the proposal is planned before January 1977. "If Milliken were to implement and part of the recommendation," the spokesperson explained, "it would first surface in his State-of-the-State address to the Legislature next January."

The State Power Authority concept is based on the assumption that the state could build expensive generating facilities faster than stockholder-owned utility corporations because it can borrow money at lower interest rates and there is no profit motive involved.

The state became involved in the energy question in order to meet expected demands for electricity, which are projected to grow at an annual rate of 4.9% through 1985.