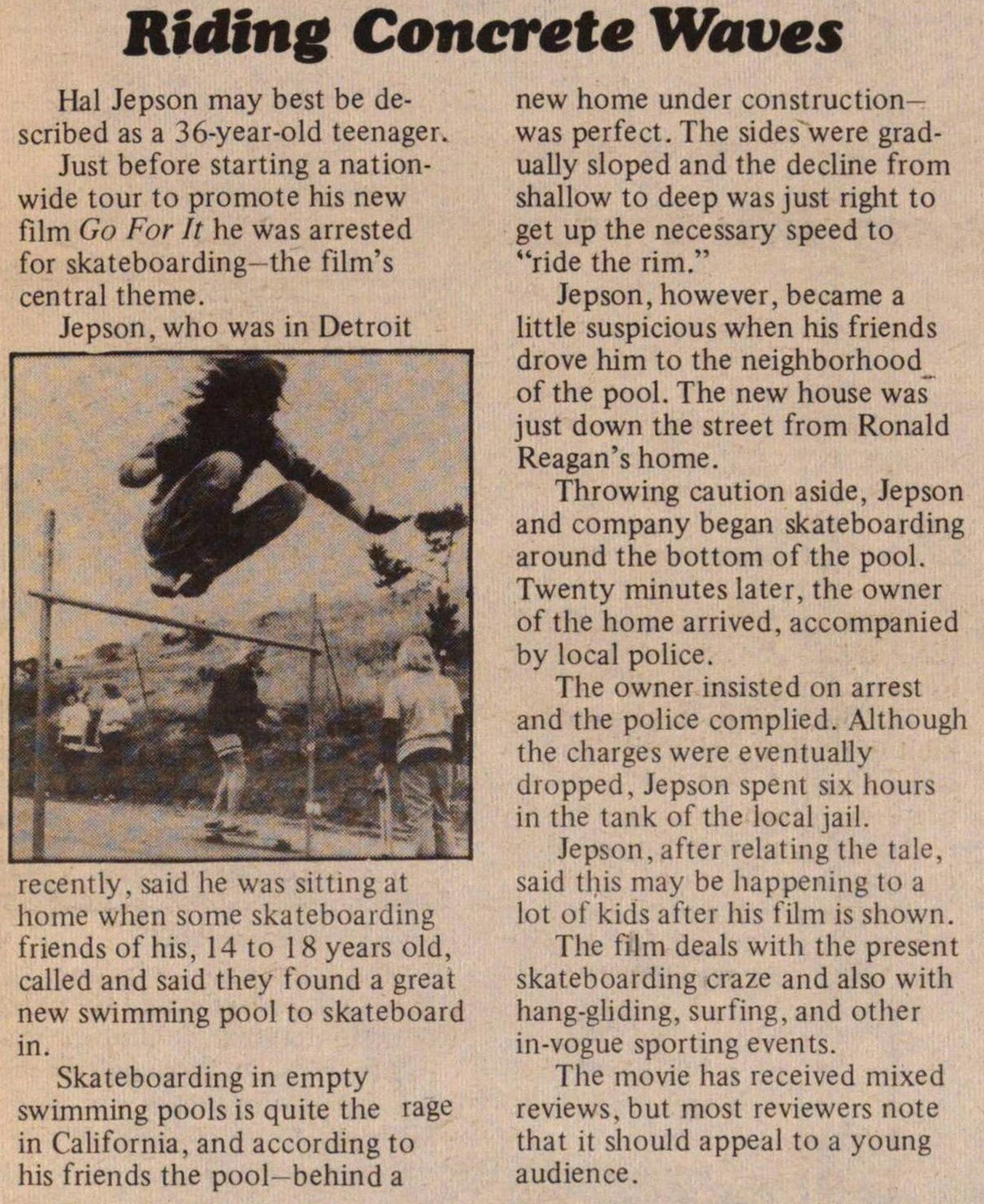 Hal Jepson may best be described as a 36-year-old teenager.

Just before starting a nationwide tour to promote his new film Go For It he was arrested for skateboarding - the film's central theme.

Jepson, who was in Detroit recently, said he was sitting at home when some skateboarding friends of his, 14 to 18 years old, called and said they found a great new swimming pool to skateboard in.

Skateboarding in empty swimming pools is quite the rage in California, and according to his friends the pool- behind a new home under construction - was perfect. The sides were gradually sloped and the decline from shallow to deep was just right to get up the necessary speed to "ride the rim."

Jepson, however, became a little suspicious when his friends drove him to the neighborhood of the pool. The new house was just down the street from Ronald Reagan's home.

Throwing caution aside, Jepson and company began skateboarding around the bottom of the pool. Twenty minutes later, the owner of the home arrived, accompanied by local police.

The owner insisted on arrest and the police complied. Although the charges were eventually dropped, Jepson spent six hours in the tank of the local jail.

Jepson, after relating the tale, said this may be happening to a lot of kids after his film is shown.

The film deals with the present skateboarding craze and also with hang-gliding, surfing, and other in-vogue sporting events.

The movie has received mixed reviews, but most reviewers note that it should appeal to a young audience.