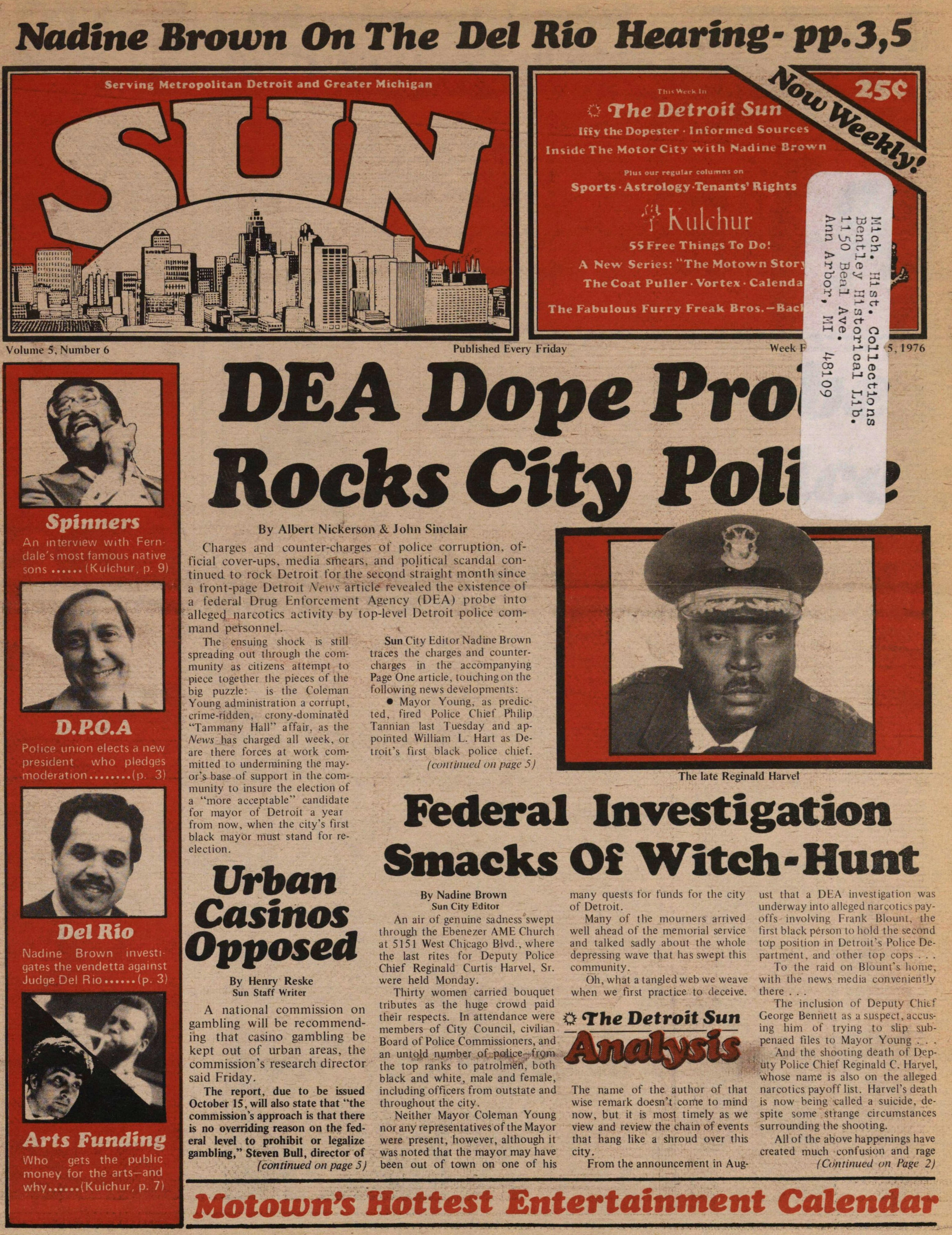 The ensuing shock is still spreading out through the community as citizens attempt to piece together the pieces of the big puzzle: is the Coleman Young administration a corrupt, crime-ridden, crony-dominated "Tammany Hall" affair, as the News has changed all week, or are there forces at work committed to undermining the mayor's base of support in the community to insure the election of a "more acceptable" candidate for mayor of Detroit a year from now, when the city's first black mayor must stand for re-election.

Sun City Editor Nadine Brown traces the charges and counter-charges in the accompanying Page One article, touching on the following news developments: