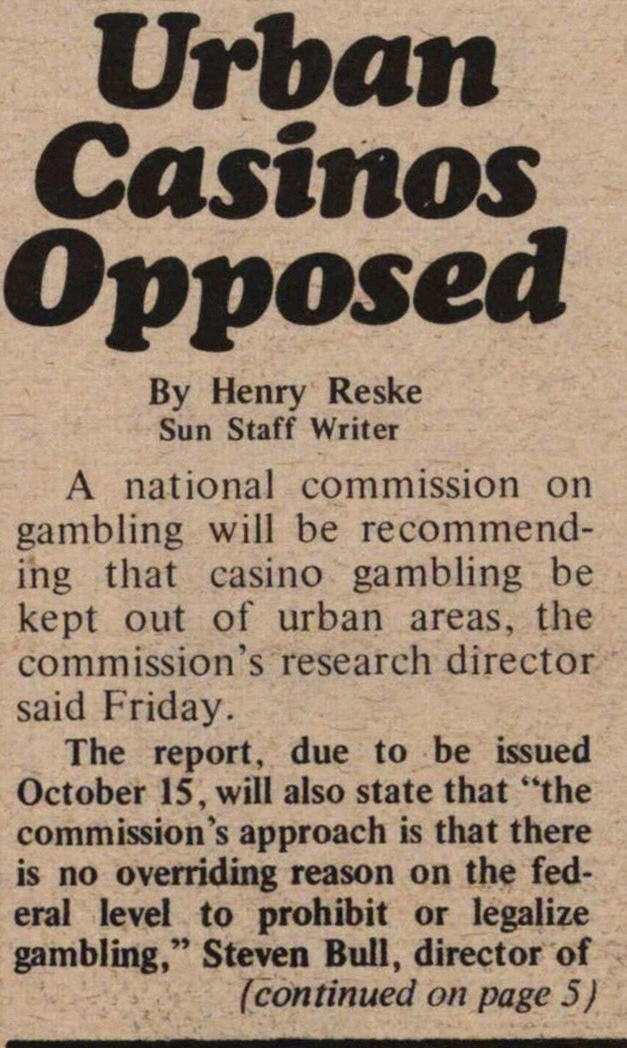 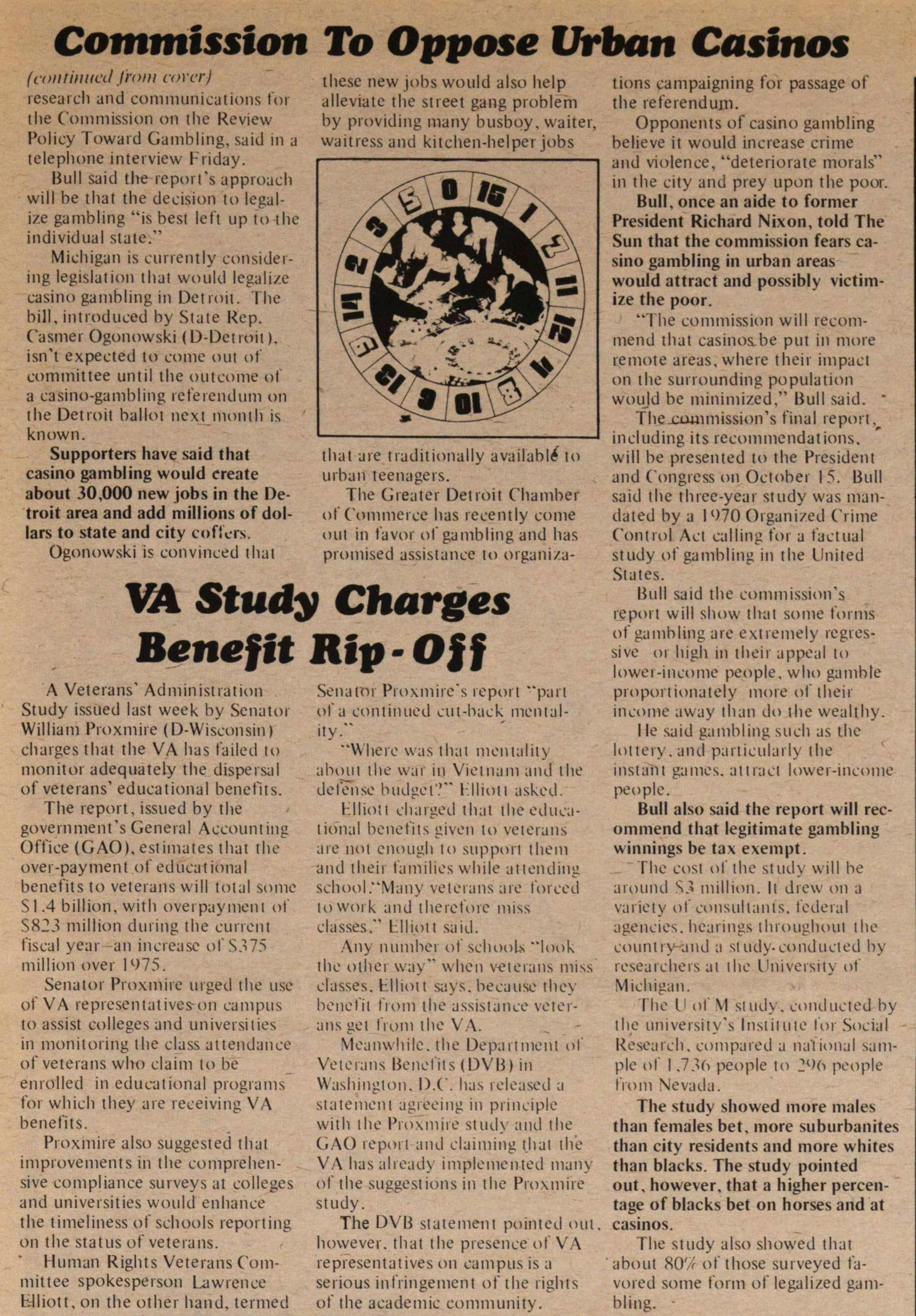 A national commission on gambling will be recommending that casino gambling be kept out of urban areas, the commission's research director said Friday.

The report, due to be issued October 15, will also state that "the commission's approach is that there is no overriding reason on the federal Ievel to prohibit or legalize gambling," Steven Bull, director of (continued on page 5)

research and communications for the Commission on the Review Policy Toward Gambling, said in a telephone interview Friday.

But said the report's approach will he that the decision to legalize gambling "is best left up to the individual state."

Michigan is currently considering legislation that would legalize casino gambling in Detroit. The bill, introduced by State Rep. Casmer Ogonowski (D-Detroit). isn't expected to come out of commiittee until the outcome of a casino-gambling referendum on the Detroit ballot next month is known.

Supporters have said that casino gambling would create about 30,000 new jobs in the Detroit area and add millions of dollars to state and city coffers, Ogonowski is convinced that these new jobs would also help alleviate the street gang problem by providing many busboy, waiter, waitress and kitchen-helper jobs that are traditionally available to urban teenagers.

The Greater Detroit Chamber of Commerce has recently come out in favor of gambling and has promised assistance to organizations campaigning for passage of the referendum.

Opponents of casino gambling believe it would increase crime and violence, "deteriorate morals" in the city and prey upon the poor.

Bull, once an aide to former President Richard Nixon, told The Sun that the commission fears casino gambling in urban areas would attract and possibly victimize the poor.

"The commission will recommend that casinos be put in more remote areas, where their impact on the surrounding population would be minimized," Bull said.

The commission's final report including its recommendations, will be presented to the President and Congress on October 15. Bull said the three-year study was mandated by a l970 Organized Crime Control Act calling for a factual study of gambling in the United States.

Bull said the commission's report will show that some forms of gambling are extremely regressive or high in their appeal to lower-income people, who gamble proportionately more of their income away than do the wealthy.

He said gambling such as the lottery, and particularly the instant games, attract lower-income people.

The cost of the study will be around $3 million. It drew on a variety of consultants, federal agencies, hearings throughout the country-and a conducted by researchers at the University of Michigan.

The U of M study, conducted by the university's Institute for Social Research, compared a national sample of 1,736 people to 296 people From Nevada.

The study showed more males than females bet, more suburbanites than city residents and more whites than blacks. The study pointed out, however, that a higher percentage of blacks bet on horses and at casinos.

The study also showed that about 80% of those surveyed favored some form of legalized gambling.