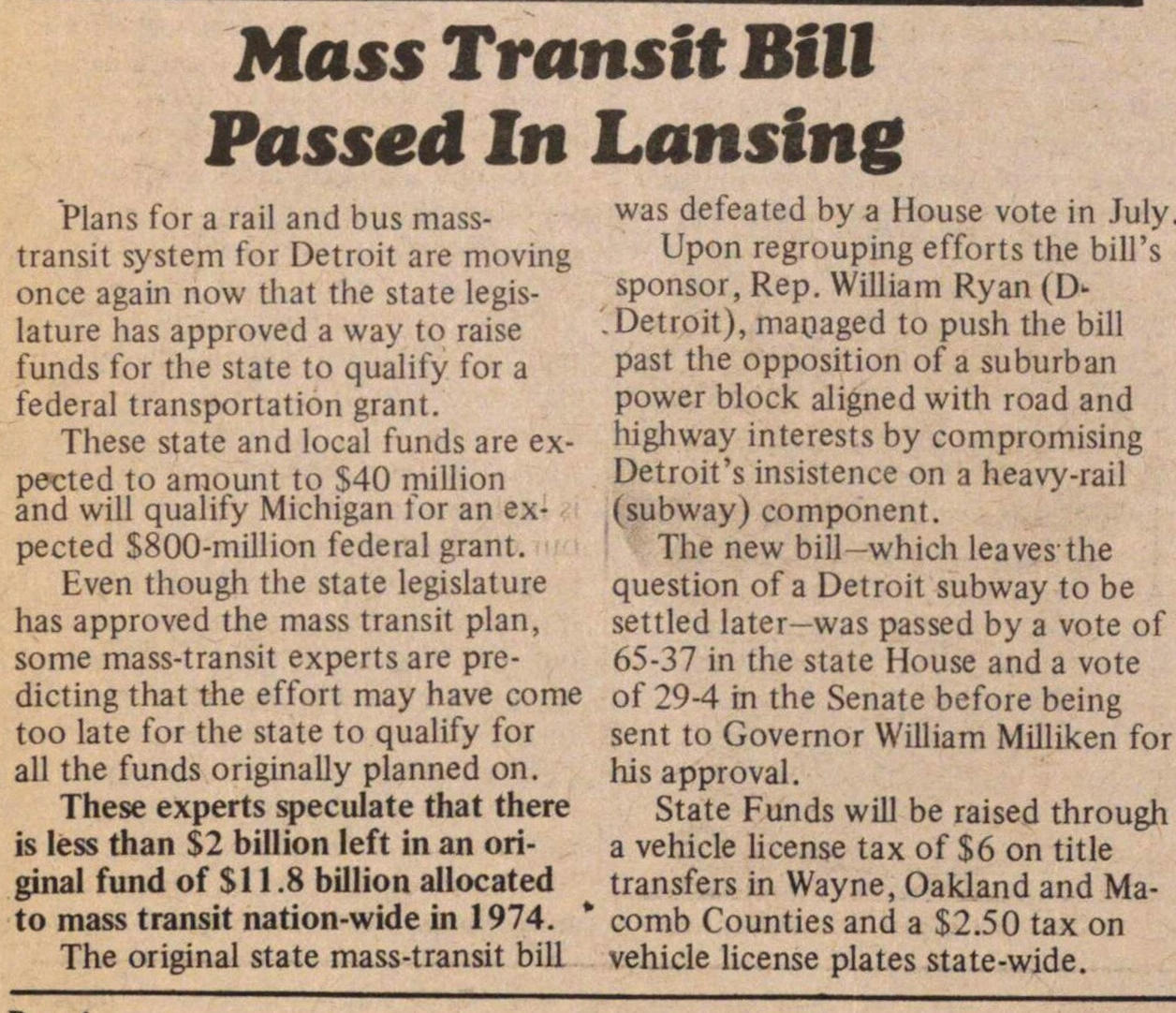 Plans for a rail and bus masstransit system for Detroit are moving once again now tliat the state legislature has approved a way to raise funds for the state to qualify for a federal transportation grant. These state and local funds are expected to amount to $40 rnillion and will qualify Michigan for an expected $800-million federal grant. Even though the state legislature has approved the mass transit plan, some mass-transit experts are predicting that the effort may have come too late for the state to qualify for all the funds originally planned on. These experts speculate that there is less than $2 bilí ion left in an original fund of SI 1 .8 billion allocated to mass transit nation-wide in 1 974. The original state mass-transit bilí was defeated by a House vote in July, Upon regrouping efforts the bill's sponsor, Rep. William Ryan (D. Detroit), marjaged to push the bill past the opposition of a suburban power block aligned with road and highway interests by compromising Detroit's insistence on a heavy-rail (subway) component. The new bill- which leavesthe question of a Detroit subway to be settled later- was passed by a vote of 65-37 in the state House and a vote of 29-4 in the Senate before being sent to Governor William Milliken for his approval. State Funds will be raised through a vehicle license tax of $6 on title transfers in Wayne, Oakland and Macomb Counties and a $2.50 tax on vehicle license plates state-wide.