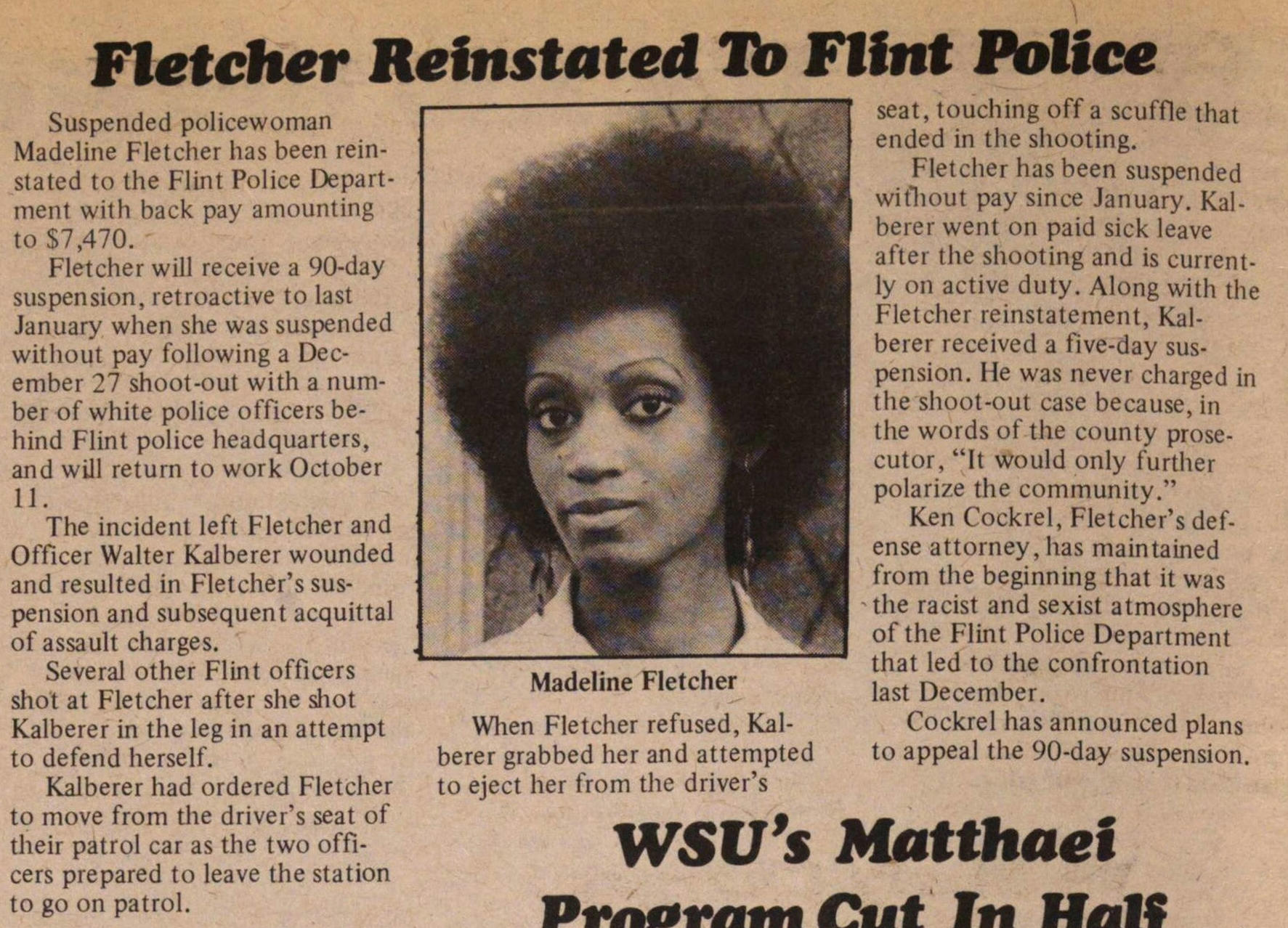 Suspended policewoman Madeline Fletcher has been reinstated to the Flint Pólice Department with back pay amounting to $7,470. Fletcher will receive a 90-day suspension, retroactive to last January when she was suspended without pay following a December 27 shoot-out with a number of white pólice officers behind Flint pólice headquarters, and will return to work October 11. The incident left Fletcher and Officer Walter Kalberer wounded and resulted in Fletcher's suspension and subsequent acquittal ofassault charges. Severa] other Flint officers shot at Fletcher after she shot Kalberer in the leg in an attempt to defend herself. Kalberer had ordered Fletcher to move from the driver's seat of their patrol car as the two officers prepared to leave the station to go on patrol. Wlien Fletcher refused, Kalberer grabbed her and attempted to eject her from the driver's seat, touching off a scuffle that ended in the shooting. Fletcher has been suspended wifliout pay since January. Kalberer went on paid sick leave after the shooting and is currently on active duty. Along with the Fletcher reinstatement, Kalberer received a five-day suspension. He was never charged in the shoot-out case because, in the words of the county prosecutor, "It would only further polarize the community." Ken Cockrel, Fletcher' s defense attorney, has maintained from the beginning that it was the racist and sexist atmosphere of the Flint Pólice Department that led to the confrontation last December. Cockrel has announced plans to appeal the 90-day suspension.