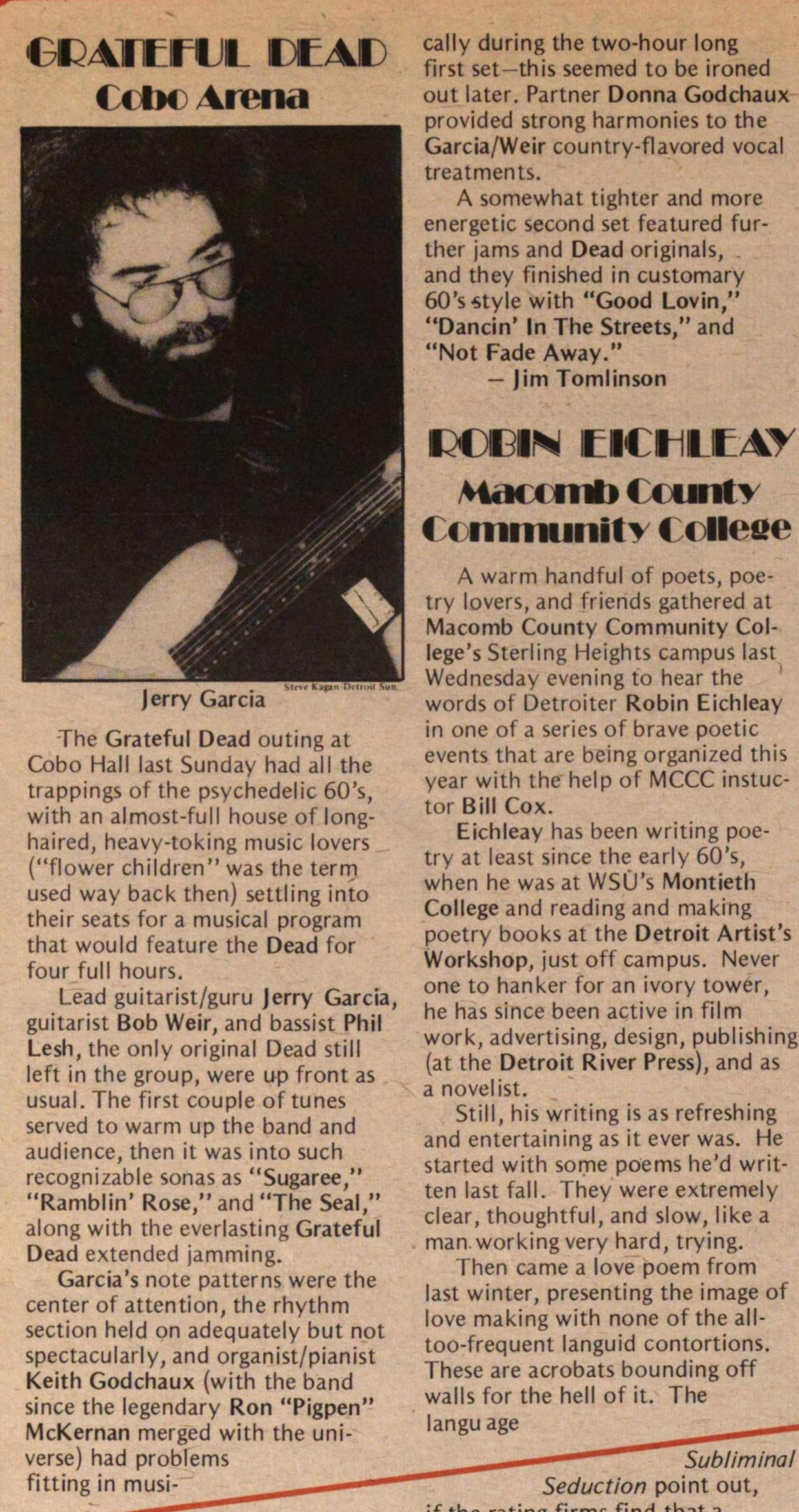 The Grateful Dead outing at Cobo Hall last Sunday had all the trappings of the psychedelic 60's, with an almost-full house of longhaired, heavy-toking music lovers ("flower children" was the term used way back then) settling into their seats for a musical program that would feature the Dead for four full hours. Lead guitaristguru Jerry García, guitarist Bob Weir, and bassist Phil Lesh, the only original Dead still left in the group, were up front as usual. The first couple of tunes served to warm up the band and audience, then t was into such recognizable sonas as "Sugaree," "Ramblin' Rose," and "The Seal," along with the everlasting Grateful Dead extended jamming. Garcia's note patterns were the center of attention, the rhythm section held on adequately but not spectacularly, and organistpianist Keith Godchaux (with the band since the legendary Ron "Pigpen" McKernan merged with the universe) had problems fitting in cally during the two-hour long first set- this seemed to be ironed out later. Partner Donna Godchaux provided strong harmonies to the GarciaWeir country-flavored vocal treatments. A somewhat tighter and more energetic second set featured further jams and Dead origináis, and they finished in customary 6O'styie with "Good Lovin," "Dancin' In The Streets," and "Not Fade Awav."