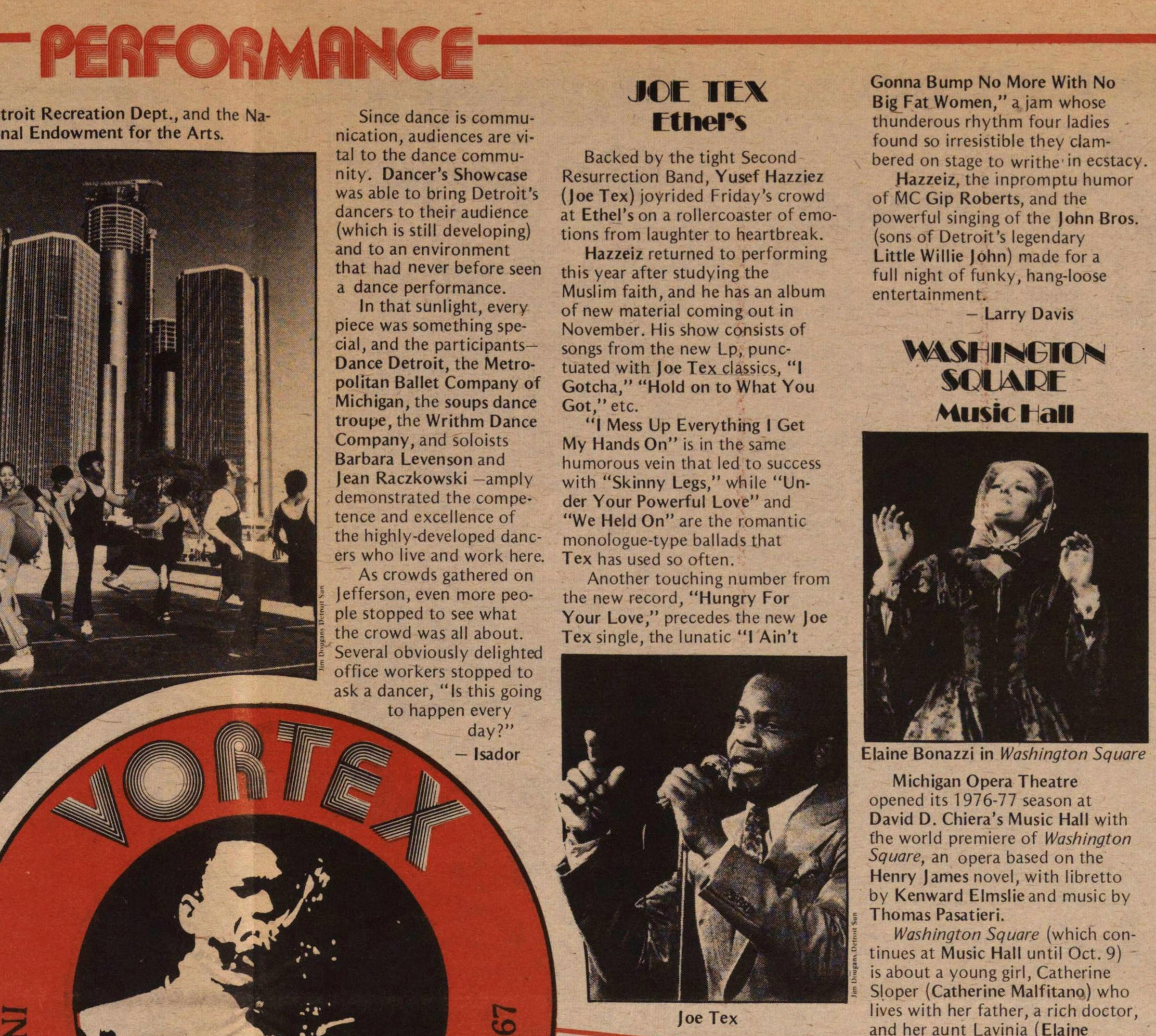 Backed by the tight Second Resurrection Band, Yusef Hazziez ()oe Tex) oyrided Friday's crowd at Ethel'son a rollercoaster of emotions from laughter to heartbreak. Hazzeiz returned to performing this year after studying the Muslim faith, and he has an album of new material coming out in November. His show consists of songs from the new Lp, punctuated with Joe Tex classics, "I Gotcha," "Hold on to What You Got,"etc. "I Mess Up Everything I Get My Hands On" is in the same humorous vein that led to success with "Skinny Legs," while "Under Your Powerful Love" and "We Held On" are the romantic monologue-type ballads that Tex has used so often. Another touching number from the new record, "Hungry For Your Love," precedes the new Joe Tex single, the lunatic "I Ain't Gonna Bump No More With No Big Fat Women," a jam whose thunderous rhythm four ladies found so irresistible they clambered on stage to writhein ecstacy. Hazzeiz, the inpromptu humor of MC Gip Roberts, and the powerful singing of the )ohn Bros. (sons of Detroit's legendary Little Willie John) made for a full night of funky, hang-loose entertainment.