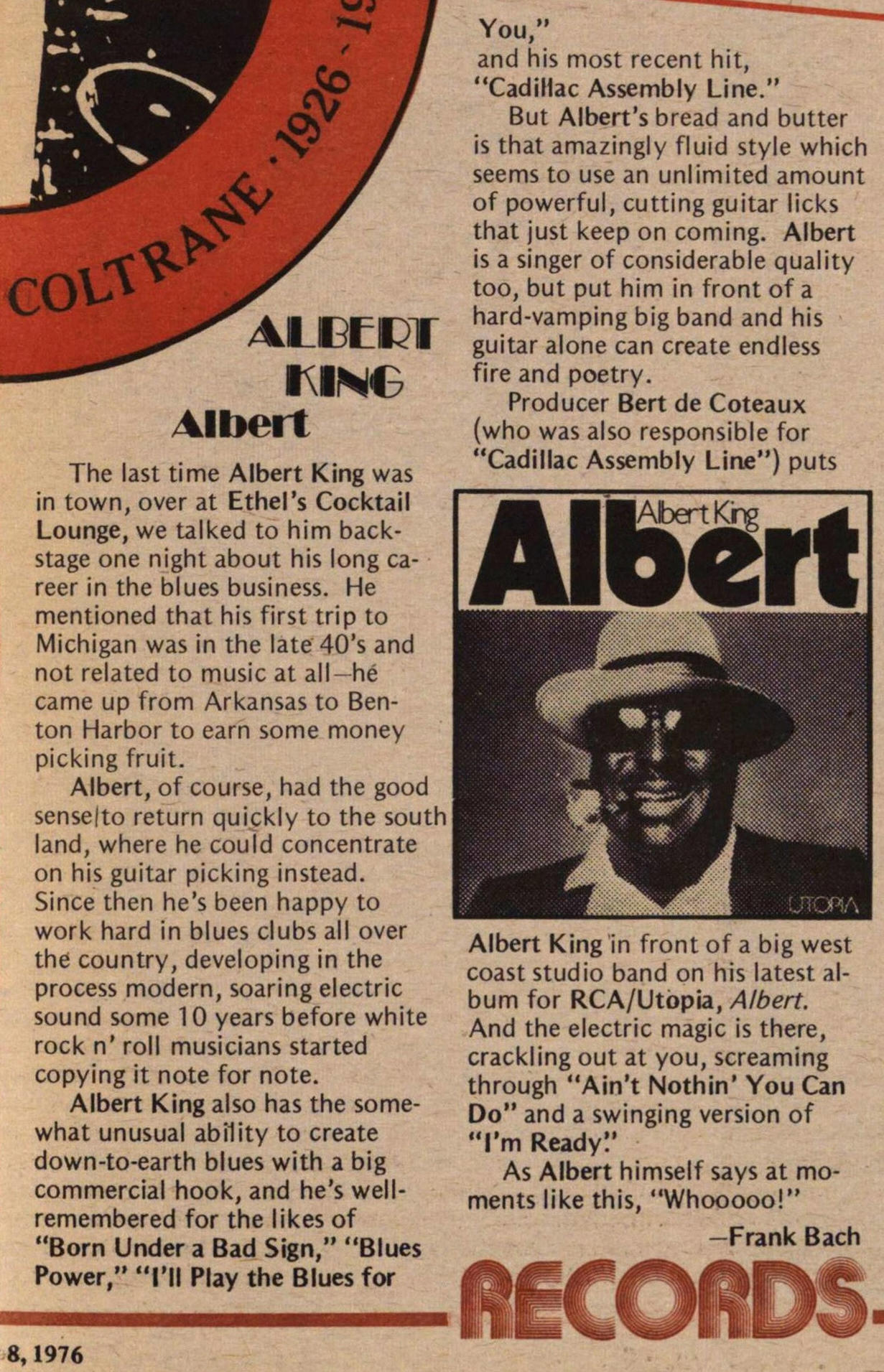 The last time Albert King was n town, over at Ethel's Cocktail Lounge, we talked to him backstage one night about his long career n the blues business. He mentioned that his first trip to Michigan was in the late 40's and not related to music at all - hé came up from Arkansas to Benton Harbor to earn some money picking fruit. Albert, of course, had the good senselto return quickly to the south land, where he could concéntrate on his guitar picking instead. Since then he's been happy to work hard in blues clubs all over the country, developing in the process modern, soaring electric sound some 10 years before white rock n' roll musicians started copying t note for note. Albert King also has the somewhat unusual abílity to créate down-to-earth blues with a big commercial hook, and he's wellremembered for the likes of "Born Under a Bad Sign," "Blues Power," 'Til Play the Blues for You," and his most recent hit, "CadiHac Assembly Line." But Albert's bread and butter s that amazingly fluid style which seems to use an unlimited amount of powerful, cutting guitar licks that just keep on coming. Albert is a singer of considerable quality too, but put him in front of a hard-vamping big band and his guitar alone can créate endless fire and poetry. Producer Bert de Coteaux (who was also responsible for "Cadillac Assembly Line") puts Albert King n front of a big west coast studio band on his latest album for RCAUtopia, Albert. And the electric magie is there, crackling out at you, screaming through "Ain't Nothin' You Can Do" and a swinging version of "l'm Ready:1 As Albert himself says at moments like this, "Whooooo!" ÍÍCOÍDS