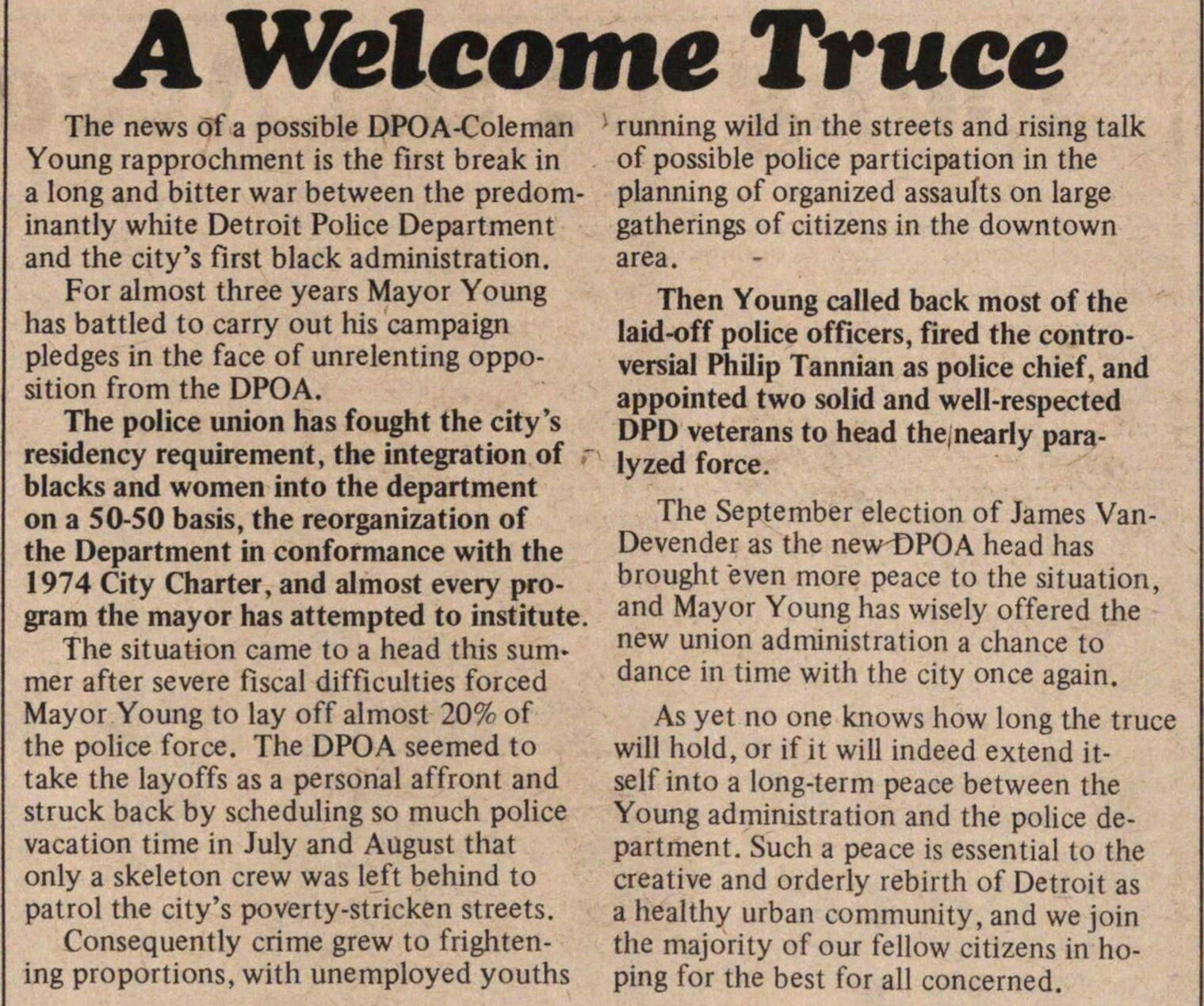 The news of a possible DPOA -Coleman Young rapprochment is the first break in a long and bitter war between the predominantly white Detroit Police Department and the city's first black administration.

For almost three years Mayor Young has battled to carry out his campaign pledges in the face of unrelenting opposition from the DPOA.

The police union has fought the city's residency requirement, the integration of - blacks and women into the department on a 50-50 basis, the reorganization of the Department in conformance with the 1974 City Charter, and almost every program the mayor has attempted to institute.

The situation came to a head this summer after severe fiscal difficulties forced Mayor Young to lay off almost 20% of the police force. The DPOA seemed to take the layoffs as a personal affront and struck back by scheduling so much police vacation time in July and August that only a skeleton crew was left behind to patrol the city's poverty-stricken streets.

Consequently crime grew to frightening proportions, with unemployed youths : running wild in the streets and rising talk of possible police participation in the planning of organized assaults on large gatherings of citizens in the downtown area.

Then Young called back most of the laid-off police officers, fired the controversial Philip Tannian as police chief, and appointed two solid and well-respected DPD veterans to head the,nearly paralyzed force.

The September election of James VanDevender as the new DPOA head has brought even more peace to the situation, and Mayor Young has wisely offered the new union administration a chance to dance in time with the city once again.

As yet no one knows how long the truce will hold, or if it will indeed extend itself into a long-term peace between the Young administration and the police department. Such a peace is essential to the creative and orderly rebirth of Detroit as a healthy urban community, and we join the majority of our fellow citizens in hoping for the best for all concerned.