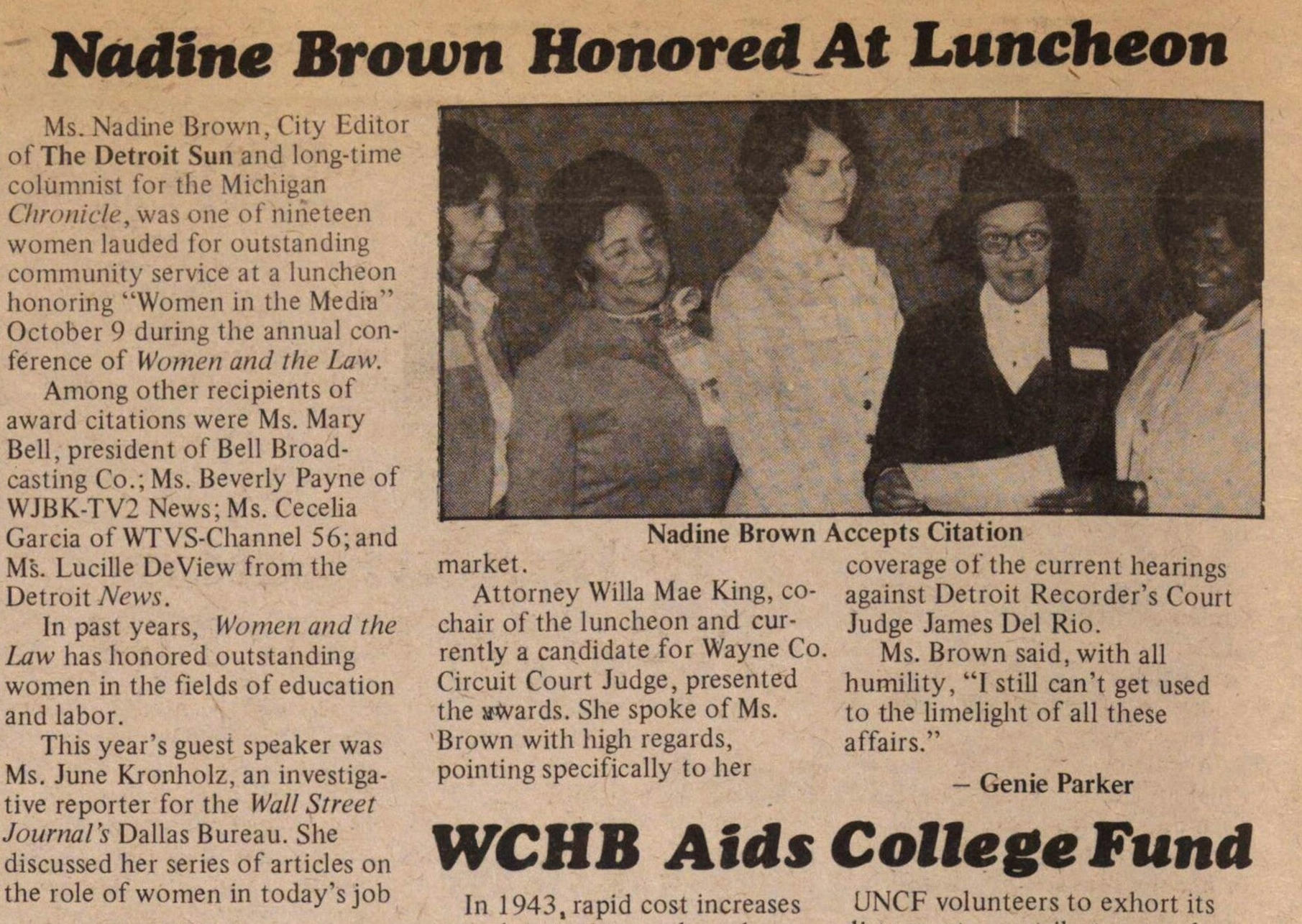 Ms. Nadine Brown, City Editor of The Detroit Sun and long-time columnist tor the Michigan Clin'iiiclc, was onc of niñeteen women lauded for outstanding community service at a luncheon honoring "Women in the Media" October 9 during the annual conference of Women and the Law. Among other recipients of award citations were Ms. Mary Bell, president of Bell Broadcasting Co.; Ms. Beverly Payne of WJBK-TV2 News; Ms. Cecelia Garcia of WTVS-Channel 56; and Ms. Lucille De View from the Detroit News. In past years, Women and the Imw has honored outstanding women in the fields of education and labor. This year's guest speaker was Ms. June Kronholz, an investigative reporter for the Wall Street Journal 's Dallas Bureau. She discussed her series of articles on the role of women in today's job market. Attorney Willa Mae King, cochair of the luncheon and currently a candidate for Wayne Co. Circuit Court Judge, presented the atvards. She spoke of Ms. Brown witli high regards, pointing specifically to her coverage of the current hearings against Detroit Recorder's Court Judge James Del Rio. Ms. Brown said, with all humility, "I still can't get used to the limelight of all these affairs."