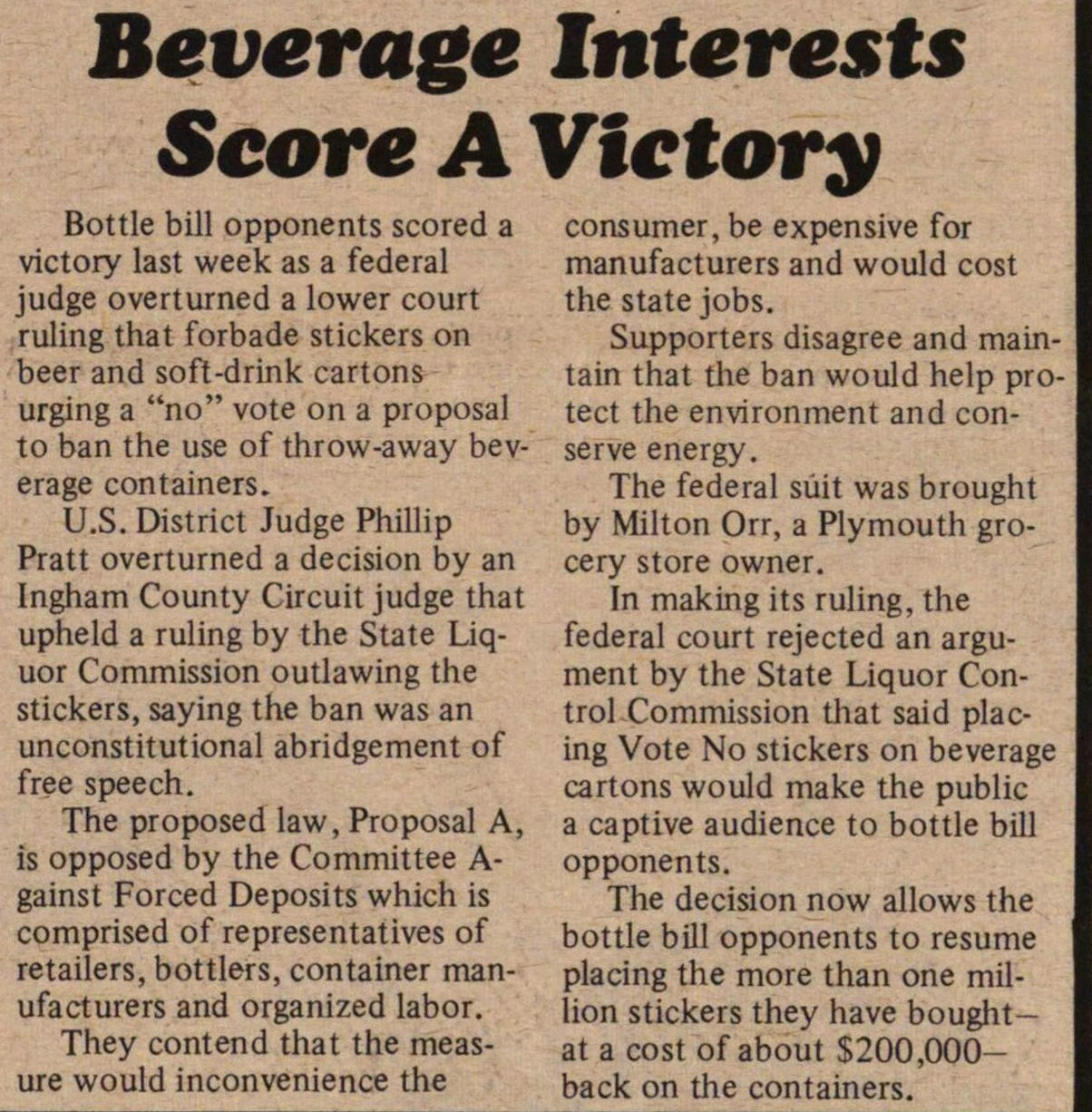 Bottle bilí opponents scored a victory last week as a federal judge overturned a lower court ruling that forbade stickers on beer and soft -drink cartons urging a "no" vote on a proposal to ban the use of throw-away beverage containers. U.S. District Judge Phillip Pratt overturned a decisión by an Ingham County Circuit judge that upheld a ruling by the State Liquor Commission outlawing the stickers, saying the ban was an unconstitutional abridgement of free speech. The proposed law, Proposal A, is opposed by the Committee Against Forced Deposits which is comprised of representatives of retailers, bottlers, container manufacturers and organized labor. They contend that the measure would inconvenience the consumer, be expensive for manufacturers and would cost the state jobs. Supporters disagree and maintain that the ban would help protect the environment and conserve energy. The federal súit was brought by Milton Orr, a Plymouth grocery store owner. In making its ruling, the federal court rejected an argument by the State Liquor Control Commission that said placing Vote No stickers on beverage cartons would make the public a captive audience to bottle bill opponents. The decisión now allows the bottle bill opponents to resume placing the more than one million stickers they have bought- at a cost of about $200,000back on the containers.