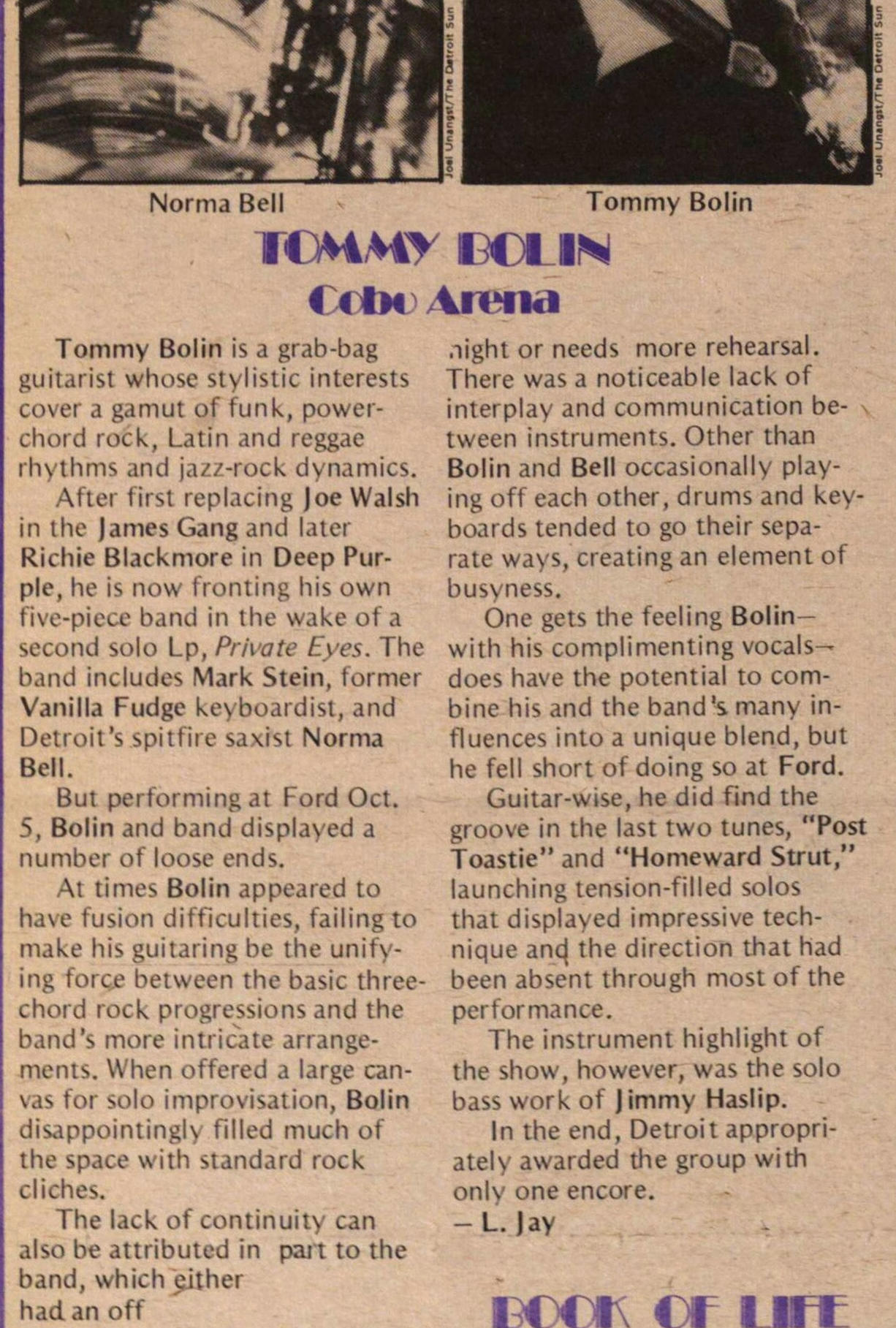 Tommy Bolín s a grab-bag guitarist whose stylistic nterests cover a gamut of funk, powerchord rock, Latin and reggae rhythms and jazz-rock dynamics. After first replacing Joe Walsh in the James Gang and later Richie Blackmore n Deep Purple, he is now fronting his own Ftve-piece band in the wake of a second solo Lp, Private Eyes. The hand includes Mark Stein, former Vanilla Fudge keyboardist, and Detroit's spitfire saxist Norma Bell. But performingat Ford Oct. 5, Bolín and band displayed a number of loose ends. At times Bolín appeared to have fusión difGculties, failingto make his guitaring be the unifyng force between the basic threechord rock progressions and the band 's more ntricate arrangements. When offered a large canvas for solo improvísatíon, Bolín disappointingly filled much of the space with standard rock clichés. The lack of continuity can also be attributed n part to the band, which ejther had. an off .light or needs more rehearsal. There was a noticeable lack of interplay and communication between nstruments. Other than Bolin and Bell occasionally playng off each other, drums and keyboards tended to go their separate ways, creating an element of busyness. One gets the feeling Bolin- with his complimenting vocalsdoes have the potent al to combine his and the band 's many influences into a unique blend, but he feil short of doing so at Ford. Guitar-wise, he did find the groove in the last two tunes, "Post Toastie" and "Homeward Strut," launching tension-filled solos that displayed impressive technique and, the direction that had been absent through most of the performance. The instrument highlight of the show, however, was the solo bass work of Jimmy Haslip. In the end, Detroit appropriately awarded the group with only one encoré.