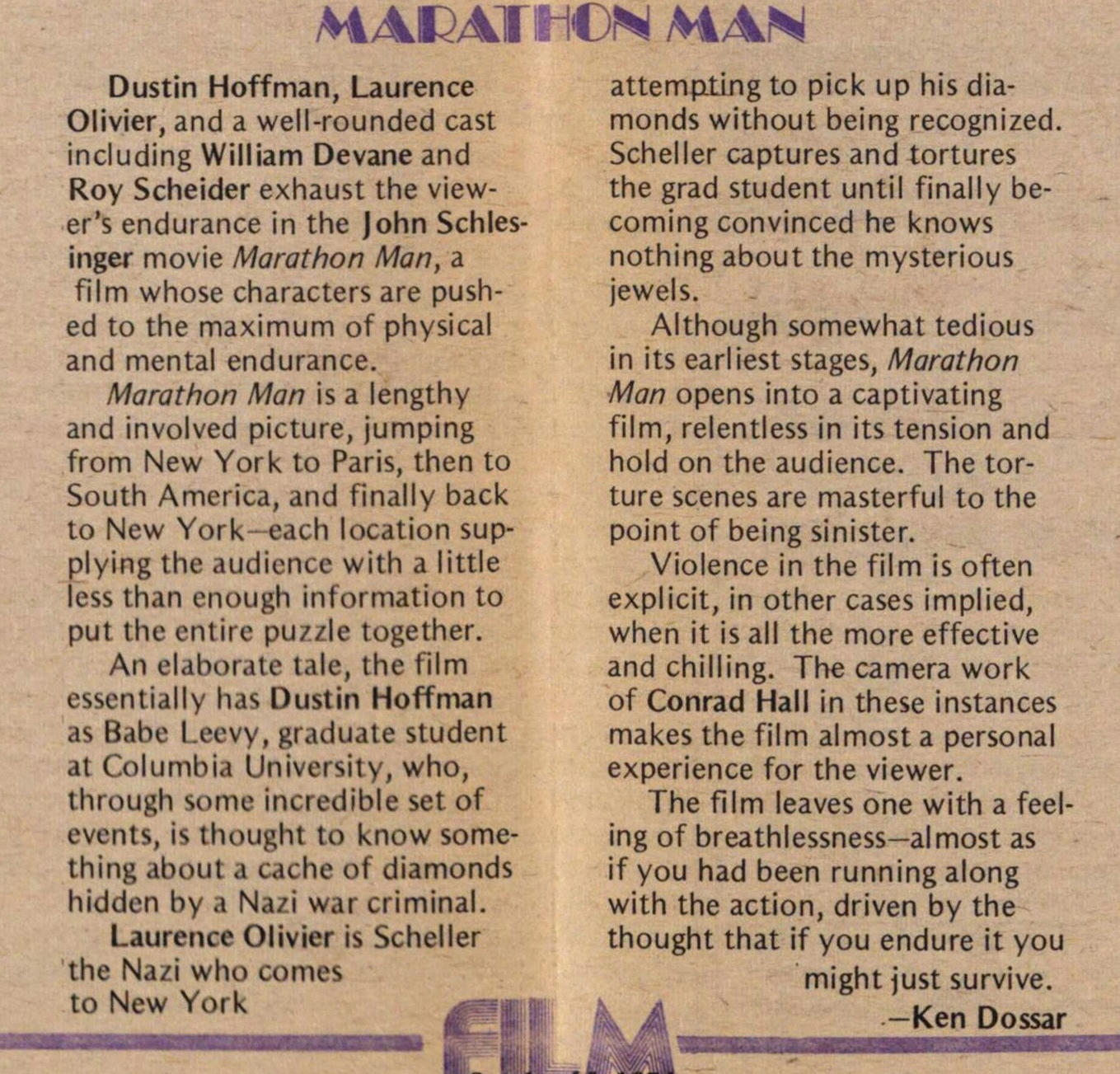 Dustin Hoffman, Laurence Olivier, and a well-rounded cast including William Devane and Roy Scheider exhaust the viewer's endurance in the John Schlesinger movie Marathon Man, a film whose characters are pushed to the maximum of physical and mental endurance.

Marathon Man is a lengthy and involved picture, jumping from New York to Paris, then to South America, and finally back to New York- each location supplying the audience with a little less than enough information to put the entire puzzle together.

An elaborate tale, the film essentially has Dustin Hoffman as Babe Leevy, graduate student at Columbia University, who, through some incredible set of events, is thought to know something about a cache of diamonds hidden by a Nazi war criminal.

Laurence Olivier is Scheller the Nazi who comes to New York attempting to pick up his diamonds without being recognized. Scheller captures and tortures the grad student until finally becoming convinced he knows nothing about the mysterious jewels.

Although somewhat tedious in its earliest stages, Marathon Man opens into a captivating film, relentless in its tension and hold on the audience. The torture scenes are masterful to the point of being sinister.

Violence in the film is often explicit, in other cases implied, when it is all the more effective and chilling. The camera work of Conrad Hall in these instances makes the film almost a personal experience for the viewer.

The film leaves one with a feeling of breathlessness-almost as if you had been running along with the action, driven by the thought that if you endure it you might just survive.