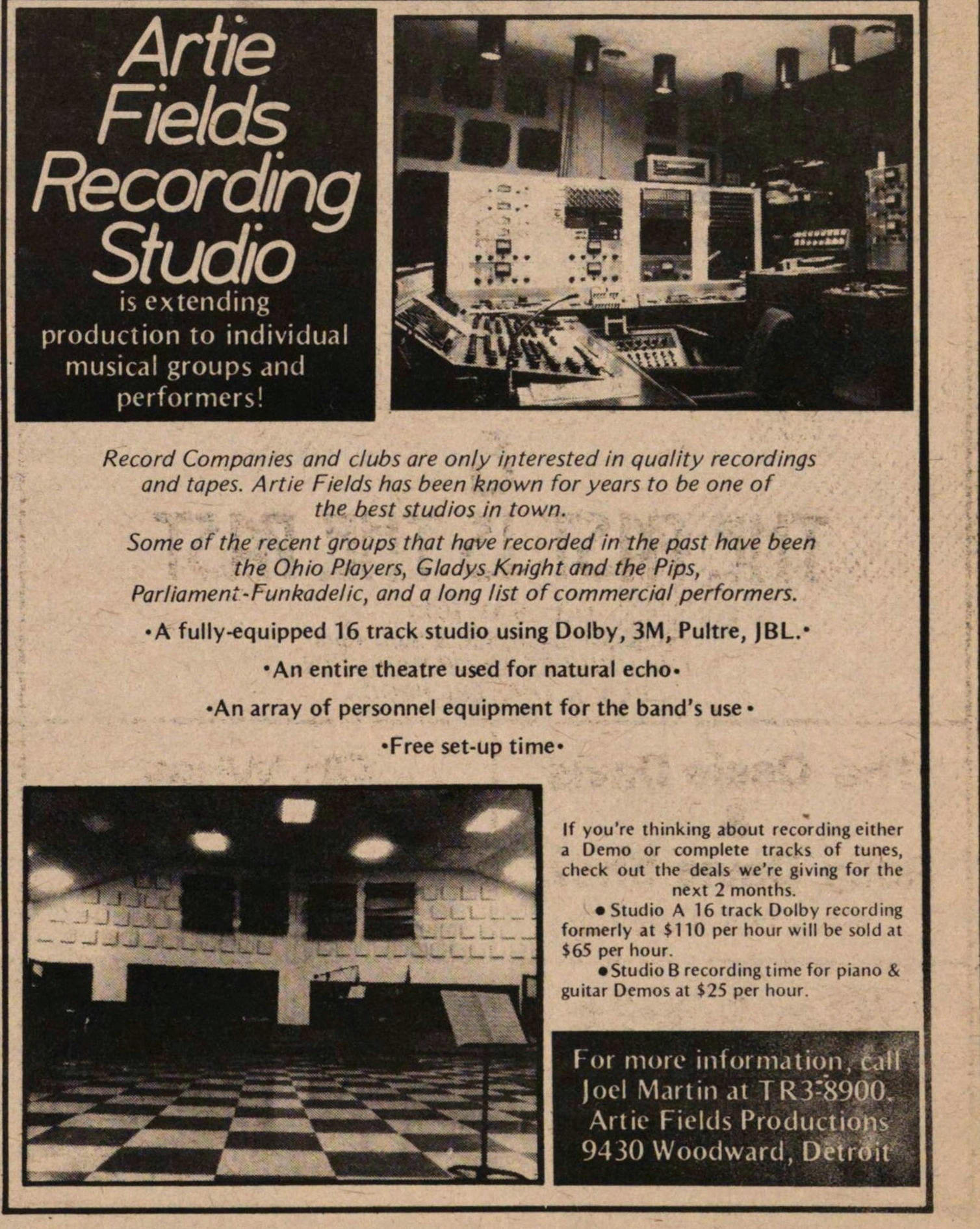 Record Companies and clubs are only interested in quality recordings and tapes. Artie Fields has been known for years to be one o f the best studios in town. Some of the recent groups that have recorded in the past have been the Ohio Players, Gladys Kntght and the Pips, Parliameni-Funkadelic, and a long list of commercial performers. A fully-equipped 16 track studio using Dolby, 3M, Pultre, JBL." An entire theatre used for natural echo An array of personnel equipment for the band's use Free set-up time BH Hflfl il yure thinking about recording cither H Pl a Demo or complete tracks of tunes, I J check out the deals we're giving for the l _ .-R? . next 2 months. ' Studio A 16 track Dolby recording WBWBBi - - formerly at $110 per hour will be sold .u I ' _„ p $65 per hour. LjHHj HHIHIil ' ' ' r Studio B recording time for piano & ■■■■■■H guitar Demos at $25 per huur