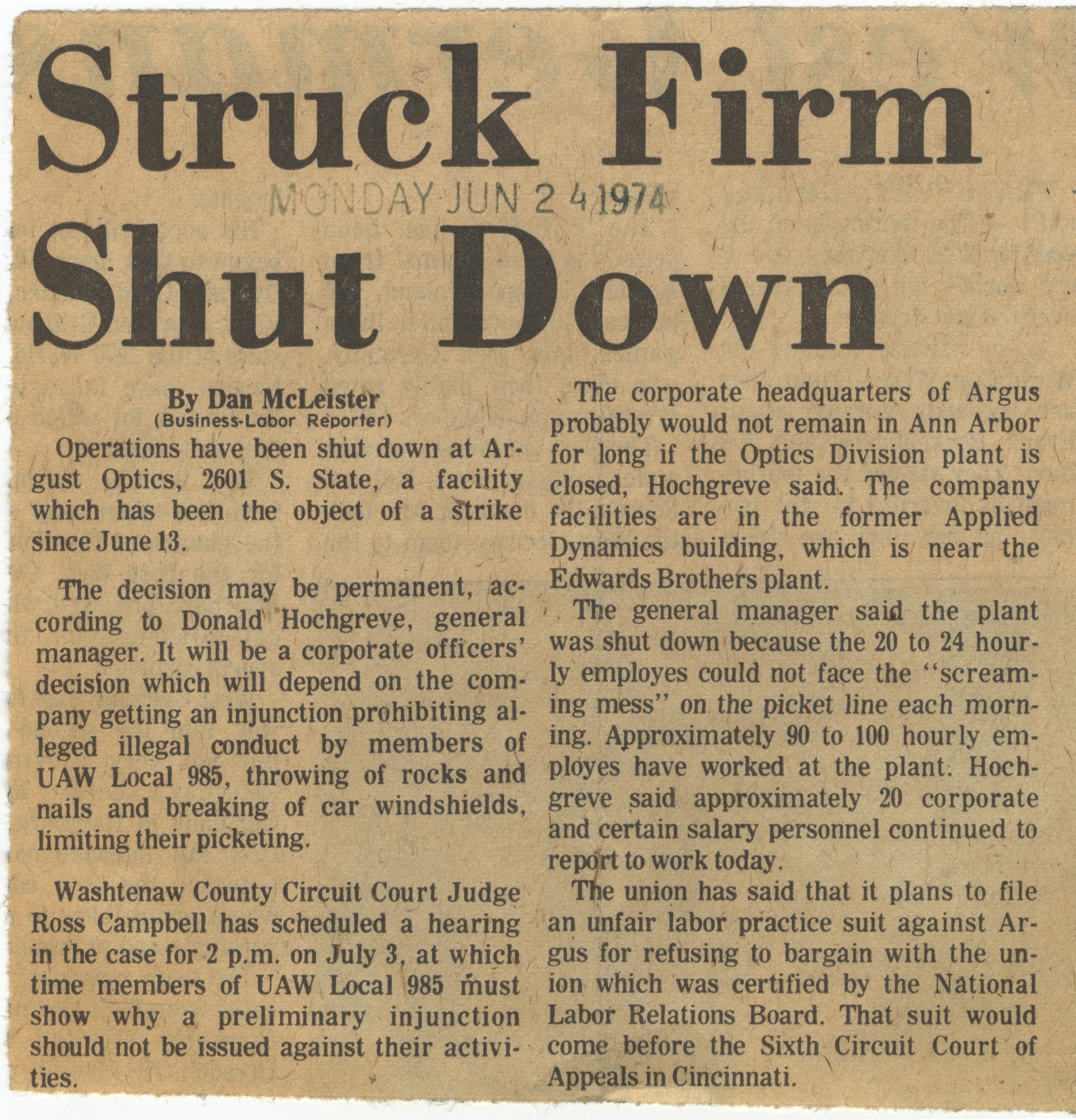 Operations have been shut down at Ar-
gust Optics, 2601 S. State, a facility
which has been the object of a strike
since June 13.

The decision may be permanent, .ac-
cording to Donald Hochgreve, general
manager. It will be a corporate officers'
decision which will depend on the com-
pany getting an injunction prohibiting al-
leged illegal conduct by members of
UAW Local 985, throwing of rocks and
nails and breaking of car windshields
limiting their picketing.

Washtenaw County Circuit Court ,
Ross Campbell has scheduled a hearing
in the case for 2 p.m. on July 3, at which
time members of UAW Local 985 must
show why a preliminary injunction
should not be issued against their activi-
ties.

The corporate headquarters of Argus
probably would not remain in Ann Arbor
for long if the Optics Division plant is
closed, Hochgreve said. The company
facilities are in the former Applied
Dynamics building, which is near the
Edwards Brothers plant.

'The general manager said the plant
was shut down because the 20 to 24 hour-
ly employes could not face the "scream-
ing mess" on the picket line each morn-
ing. Approximately 90 to 100 hourly em-
ployes have worked at the plant. Hoch-

eport to work today.
The union has said that it plans to file

in unfair tabor practice suit against Ar-
r;us for refusing to bargain with the un-
ion which was certified by the National
Labor Relations Board. That suit would
come before the Sixth Circuit Court of
Appeals in Cincinnati.