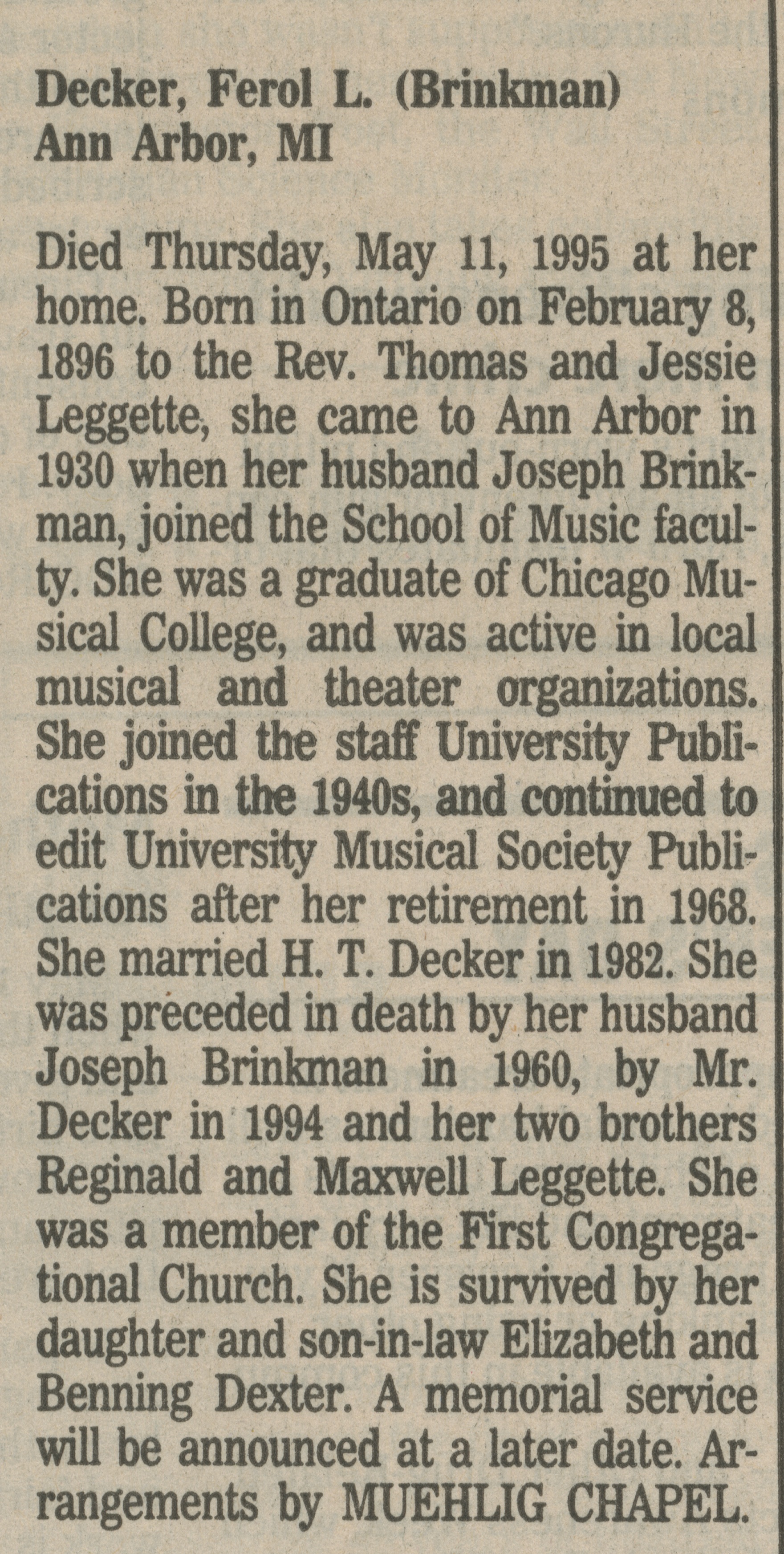 Decker, Ferol L. (Brinkman)
Ann Arbor, MI
Died Thursday, May 11, 1995 at her home. Born in Ontario on February 8, 1896 to the Rev. Thomas and Jessie Leggette, she came to Ann Arbor in 1930 when her husband Joseph Brinkman, joined the School of Music faculty. She was a graduate of Chicago Musical College, and was active in local musical and theater organizations. She joined the staff University Publications in the 1940s, and continued to edit University Musical Society Publications after her retirement in 1968. She married H. T. Decker in 1982. She was preceded in death by her husband Joseph Brinkman in 1960, by Mr. Decker in 1994 and her two brothers Reginald and Maxwell Leggette. She was a member of the First Congregational Church. She is survived by her daughter and son-in-law Elizabeth and Benning Dexter. A memorial service will be announced at a later date. Arrangements by MUEHLIG CHAPEL.