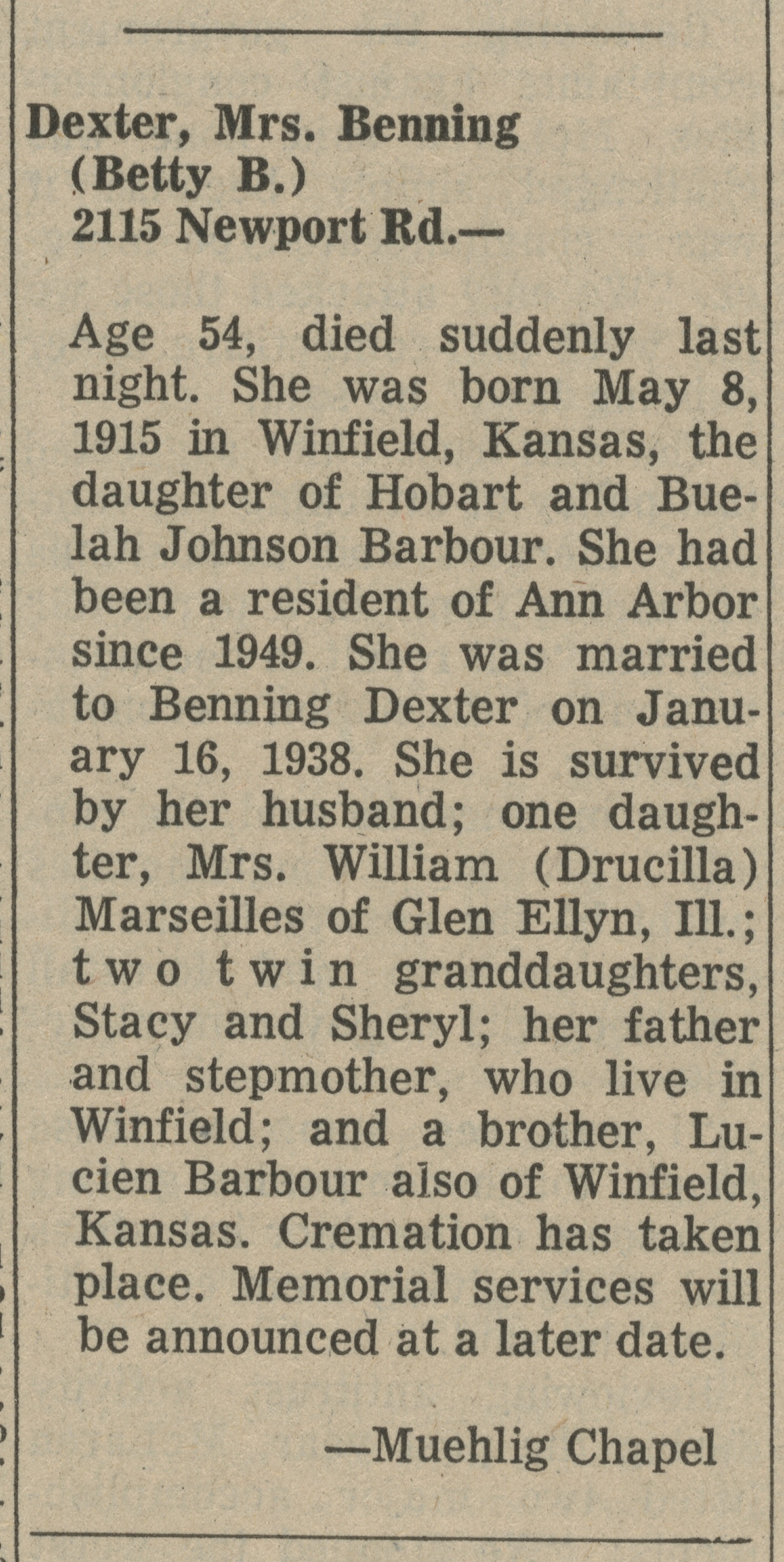 Dexter, Mrs. Benning
(Betty B.)
2115 Newport Rd.-
Age 54, died suddenly last night. She was born May 8, 1915 in Winfield, Kansas, the daughter of Hobart and Buelah Johnson Barbour. She had been a resident of Ann Arbor since 1949. She was married to Benning Dexter on January 16, 1938. She is survived by her husband; one daughter, Mrs. William (Drucilla) Marseilles of Glen Ellyn, Ill.; two twin granddaughters, Stacy and Sheryl; her father and stepmother, who live in Winfield; and a brother, Lucien Barbour also of Winfield, Kansas. Cremation has taken place. Memorial services will be announced at a later date.
-Muehlig Chapel