Liberty Plazures Under Way With Music, Theater and More 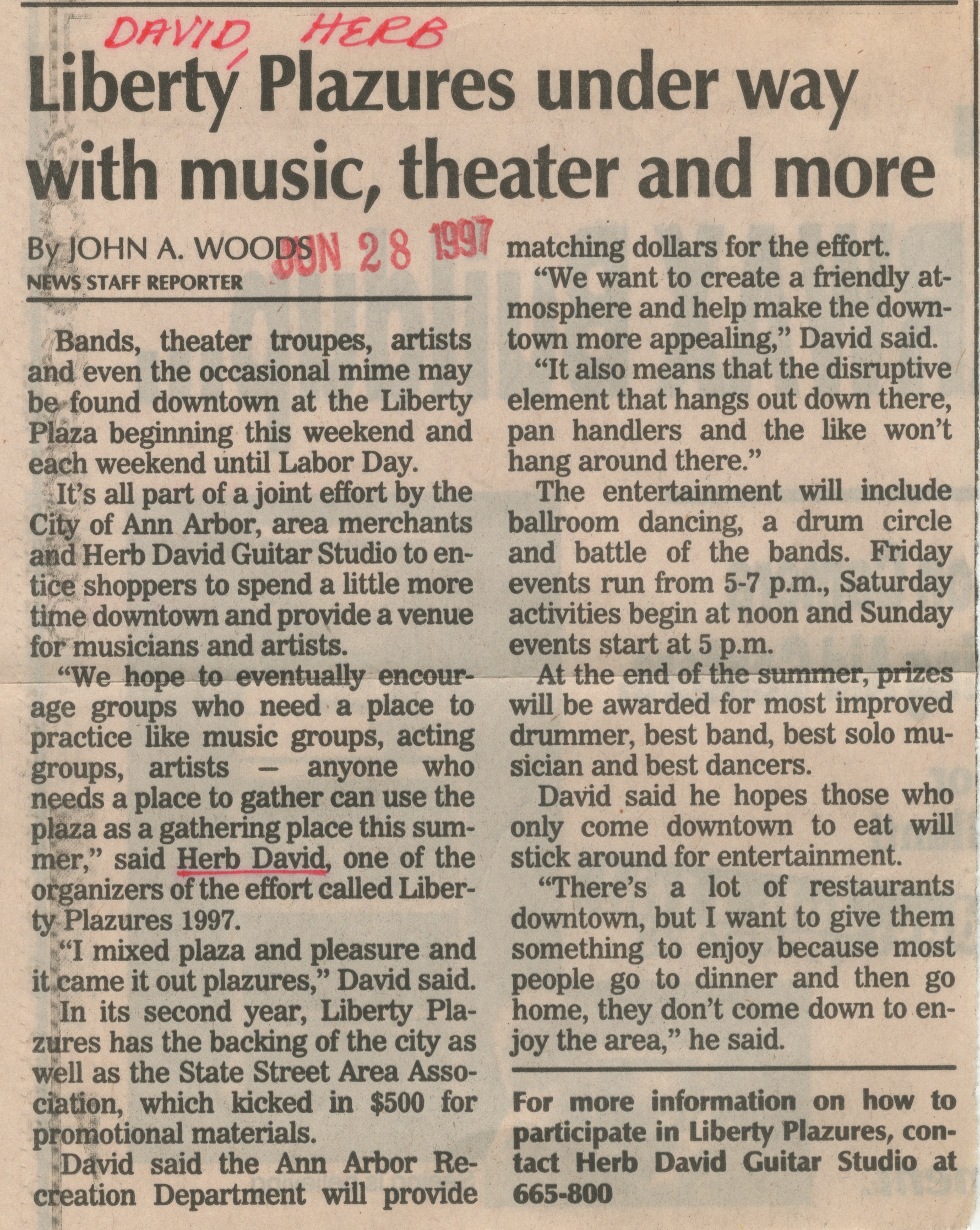 Liberty Plazures under way with music, theater and more

By JOHN A. WOODS

Bands, theater troupes, artists and even the occasional mime may be found downtown at the Liberty Plaza beginning this weekend and each weekend until Labor Day.

It’s all part of a joint effort by the City of Ann Arbor, area merchants and Herb David Guitar Studio to entice shoppers to spend a little more time downtown and provide a venue for musicians and artists.

“We hope to eventually encourage groups who need a place to practice like music groups, acting groups, artists - anyone who needs a place to gather can use the plaza as a gathering place this summer,” said Herb David, one of the organizers of the effort called Liberty Plazures 1997.

“I mixed plaza and pleasure and it'came it out plazures,” David said.

In its second year, Liberty Plazures has the backing of the city as well as the State Street Area Association, which kicked in $500 for promotional materials.

"We want to create a friendly atmosphere and help make the downtown more appealing,” David said.

“It also means that the disruptive element that hangs out down there, pan handlers and the like won’t hang around there.”

The entertainment will include ballroom dancing, a drum circle j and battle of the bands. Friday | events run from 5-7 p.m., Saturday j activities begin at noon and Sunday , events start at 5 p.m.

At the end of the summer, prizes 1 will be awarded for most improved I drummer, best band, best solo musician and best dancers.

David said he hopes those who only come downtown to eat will stick around for entertainment.

“There’s a lot of restaurants downtown, but I want to give them something to enjoy because most people go to dinner and then go home, they don’t come down to enjoy the area,” he said.

For more information on how to participate in Liberty Plazures, contact Herb David Guitar Studio at 665-800