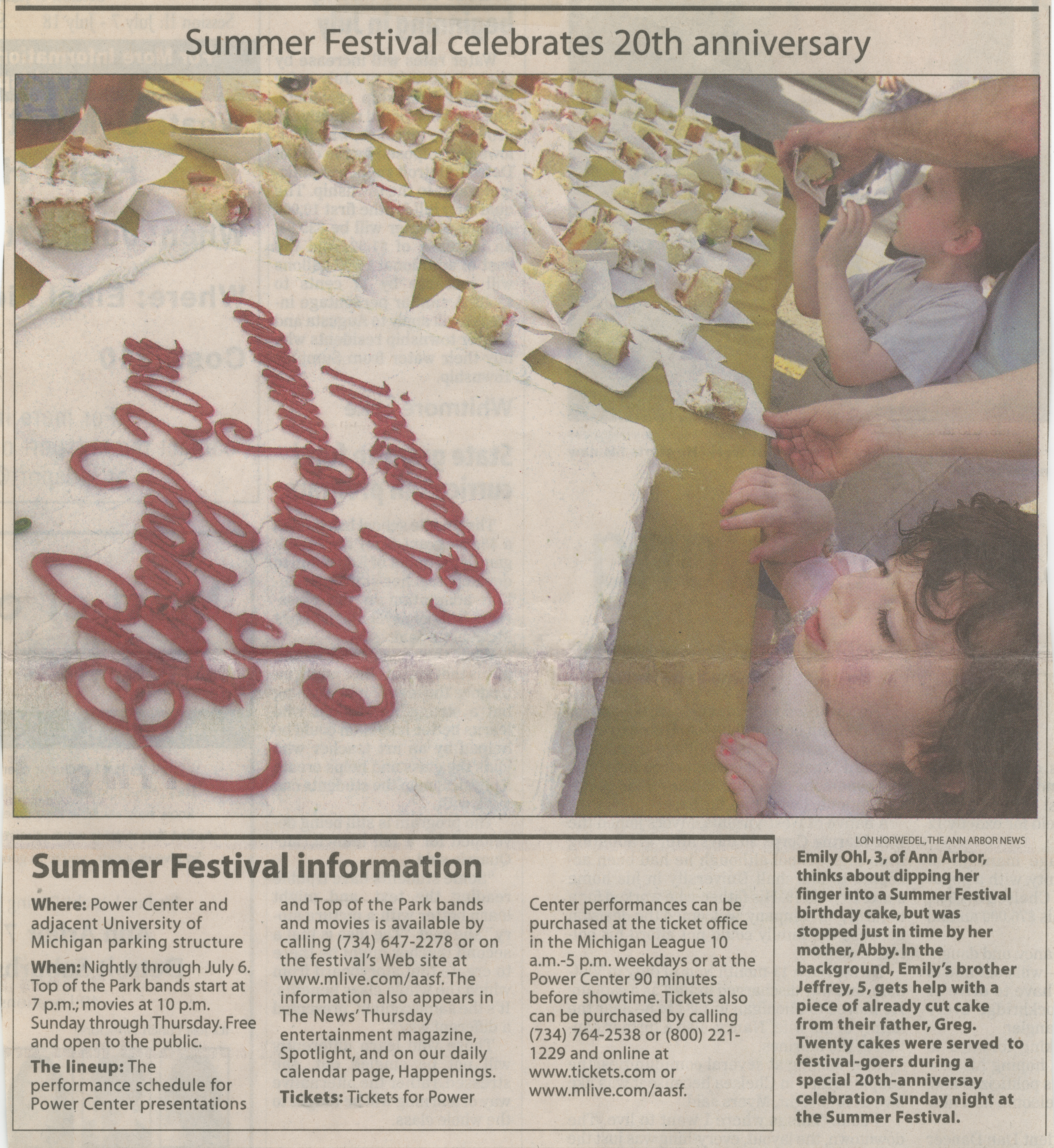 When: Nightly through July 6. Top of the Park bands start at 7 p.m.; movies at 10 p.m. Sunday through Thursday. Free and open to the public.

The lineup: The performance schedule for Power Center presentations and Top of the Park bands and movies is available by calling (734) 647-2278 or on the festival's Web site at www.mlive.com/aasf.The information also appears in The News'Thursday entertainment magazine, Spotlight, and on our daily calendar page, Happenings.

Tickets: Tickets for Power Center performances can be purchased at the ticket office in the Michigan League 10 a.m.-5 p.m. weekdays or at the Power Center 90 minutes before showtime.Tickets also can be purchased by calling (734) 764-2538 or (800) 221-1229 and online at www.tickets.com or www.mlive.com/aasf.

Emily Ohl, 3, of Ann Arbor, thinks about dipping her finger into a Summer Festival birthday cake, but was stopped just in time by her mother, Abby. In the background, Emily's brother Jeffrey, 5, gets help with a piece of already cut cake from their father, Greg. Twenty cakes were served to festival-goers during a special 20th-anniversay celebration Sunday night at the Summer Festival.