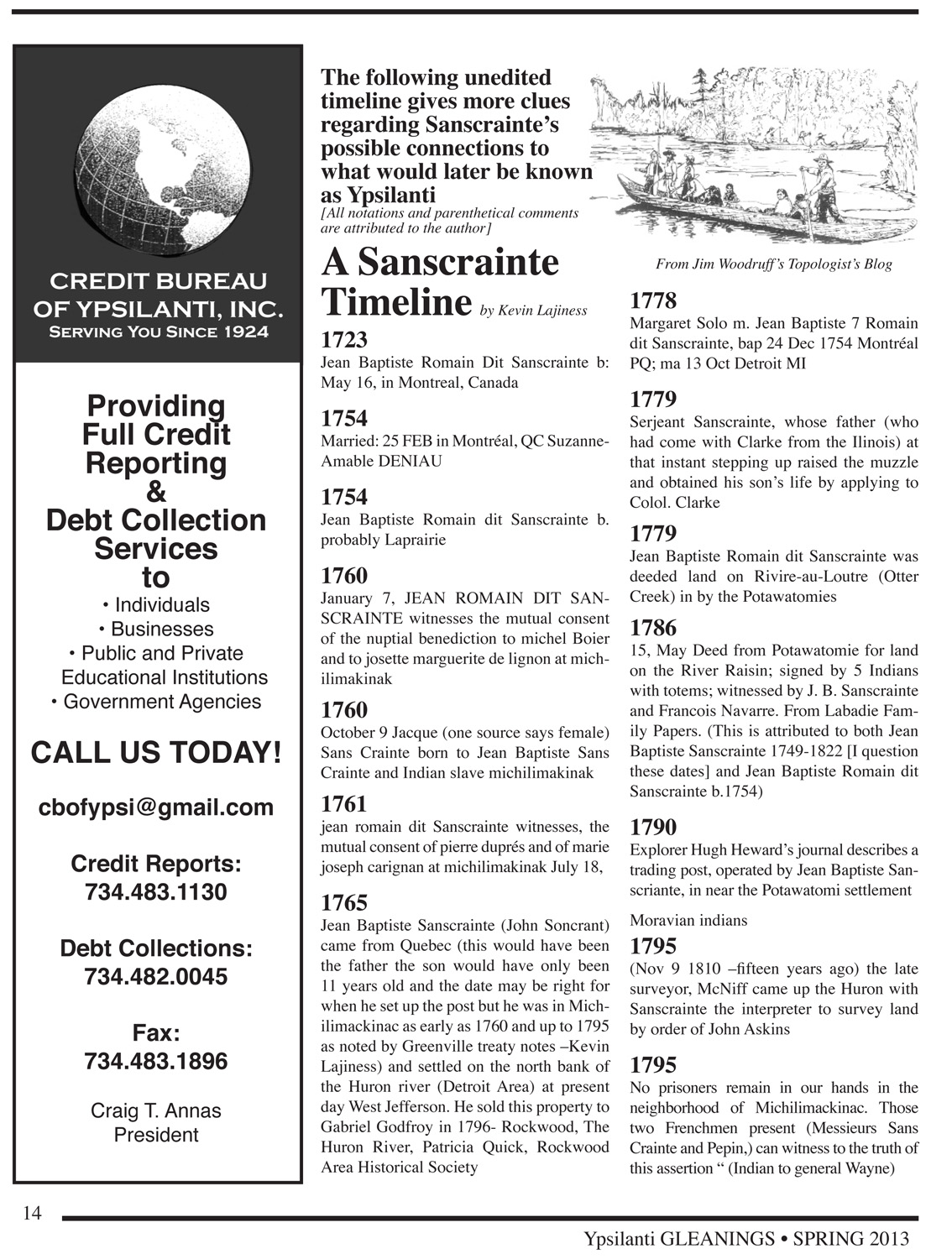 1723
Jean Baptiste Romain Dit Sanscrainte b: May 16, in Montreal, Canada

1765
Jean Baptiste Sanscrainte (John Soncrant) came from Quebec (this would have been the father the son would have only been 11 years old and the date may be right for when he set up the post but he was in Michilimackinac as early as 1760 and up to 1795 as noted by Greenville treaty notes –Kevin Lajiness) and settled on the north bank of the Huron river (Detroit Area) at present day West Jefferson. He sold this property to Gabriel Godfroy in 1796- Rockwood, The Huron River, Patricia Quick, Rockwood Area Historical Society

1779
Serjeant Sanscrainte, whose father (who had come with Clarke from the Ilinois) at that instant stepping up raised the muzzle and obtained his son’s life by applying to Colol. Clarke

1786
15, May Deed from Potawatomie for land on the River Raisin; signed by 5 Indians with totems; witnessed by J. B. Sanscrainte and Francois Navarre. From Labadie Family Papers. (This is attributed to both Jean Baptiste Sanscrainte 1749-1822 [I question these dates] and Jean Baptiste Romain dit Sanscrainte b.1754)

1795
(Nov 9 1810 –fifteen years ago) the late surveyor, McNiff came up the Huron with Sanscrainte the interpreter to survey land by order of John Askins

1795
No prisoners remain in our hands in the neighborhood of Michilimackinac. Those two Frenchmen present (Messieurs Sans Crainte and Pepin,) can witness to the truth of this assertion “ (Indian to general Wayne)