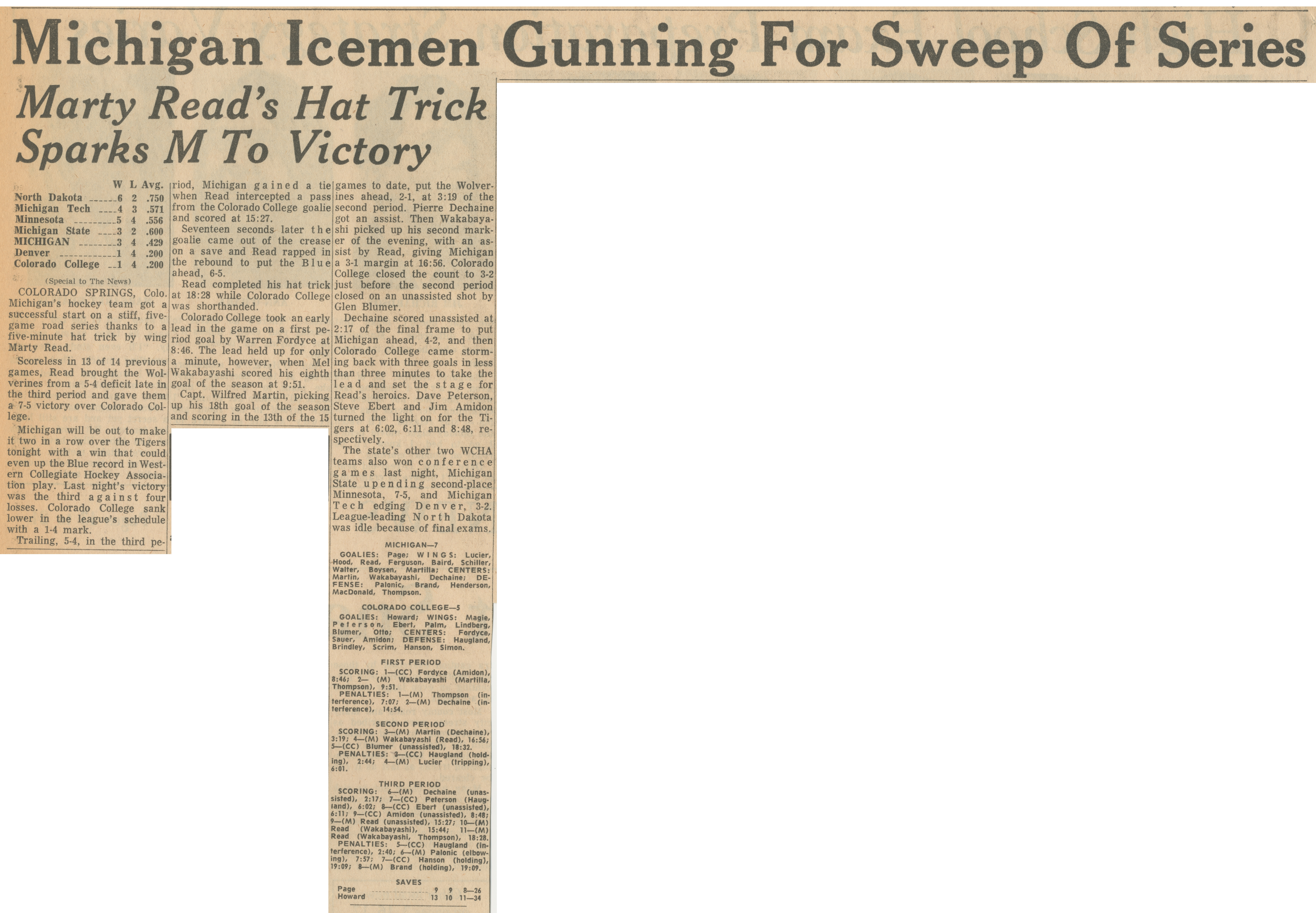 Marty Read's Hat Trick Sparks M To Victory
COLORADO SPRINGS, Colo.
Michigan's hockey team got a successful start on a stiff, five-game road series thanks to a five-minute hat trick by wing Marty Read.
Scoreless in 13 of 14 previous games, Read brought the Wolverines from a 5-4 deficit late in the third period and gave them a 7-5 victory over Colorado College.
Michigan will be out to make it two in a row over the Tigers tonight with a win that could even up the Blue record in Western Collegiate Hockey Association play. Last night's victory was the third against four losses. Colorado College sank lower in the league's schedule with a 1-4 mark.
Trailing, 5-4, in the third period, Michigan gained a tie when Read intercepted a pass from the Colorado College goalie and scored at 15:27.
Seventeen seconds later the goalie came out of the crease on a save and Read rapped in the rebound to put the Blue ahead, 6-5.
Read completed his hat trick at 18:28 while Colorado College was shorthanded.
Colorado College took an early lead in the game on a first period goal by Warren Fordyce at 8:46.