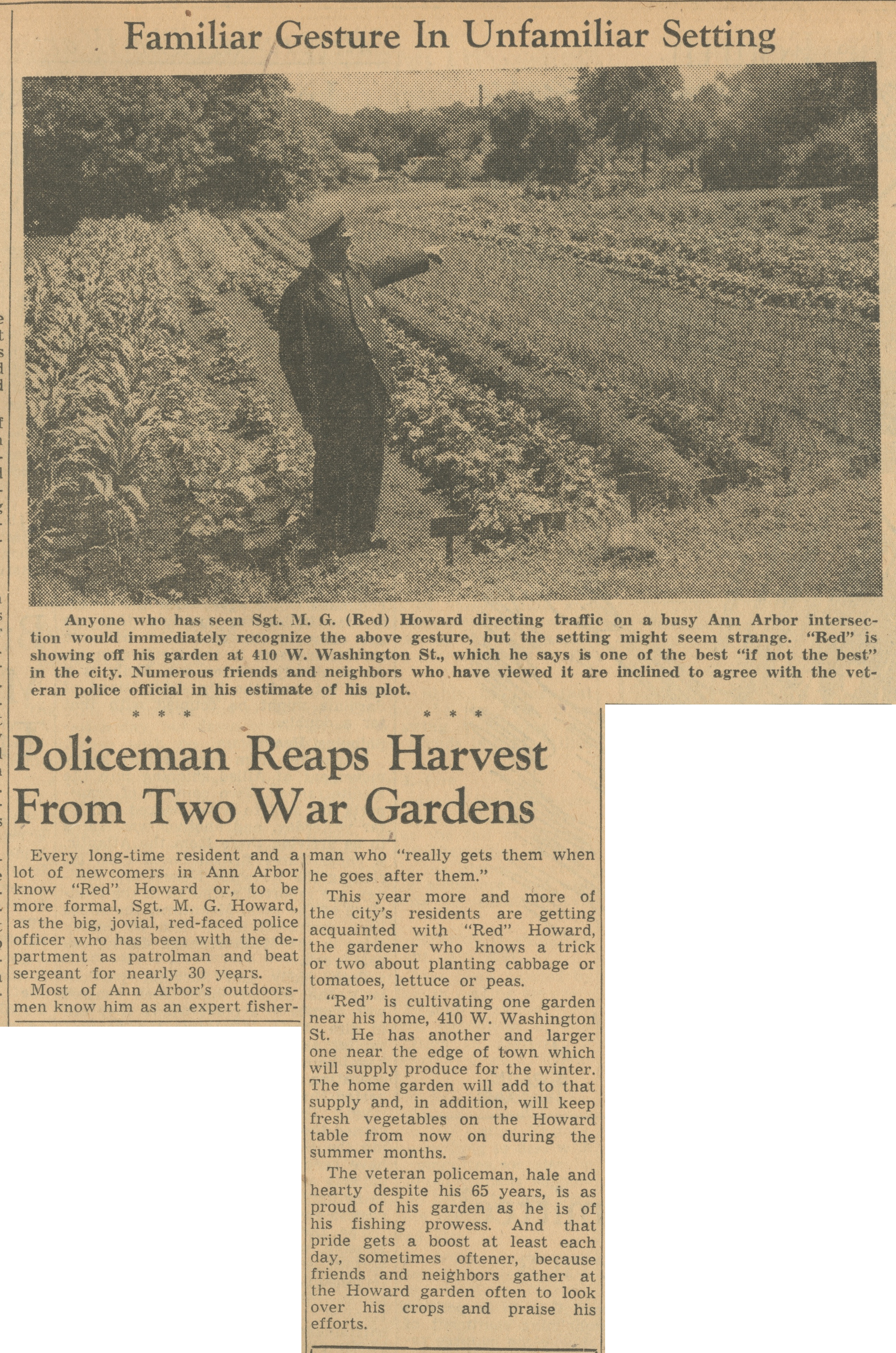 Anyone who has seen Sgt. M. G. (Red) Howard directing traffic on a busy Ann Arbor intersection would immediately recognize the above gesture, but the setting might seem strange. "Red" is showing off his garden at 410 W. Washington St., which he says is one of the best "if not the best" in the city. Numerous friends and neighbors who have viewed it are inclined to agree with the veteran police official in his estimate of the plot.

Every long-time resident and a lot of newcomers in Ann Arbor know "Red” Howard or, to be more formal, Sgt. M. G. Howard, as the big, jovial, red-faced police officer who has been with the department as patrolman and beat sergeant for nearly 30 years.

Most of Ann Arbor's outdoors-men know him as an expert fisherman who "really gets them when he goes after them.”

This year more and more of the city’s residents are getting acquainted with “Red” Howard, the gardener who knows a trick or two about planting cabbage or tomatoes, lettuce or peas.

‘Red" is cultivating one garden at his home, 410 W. Washington St. He has another and larger one near the edge of town which will supply produce for the winter. The home garden will add to that supply and, in addition, will keep fresh vegetables on the Howard table from now on during the summer months.

The veteran policeman, hale and hearty despite his 65 years, is as proud of his garden as he is of his fishing prowess. And that pride gets a boost at least each day, sometimes oftener, because friends and neighbors gather at the Howard garden often to look over his crops and praise his efforts.