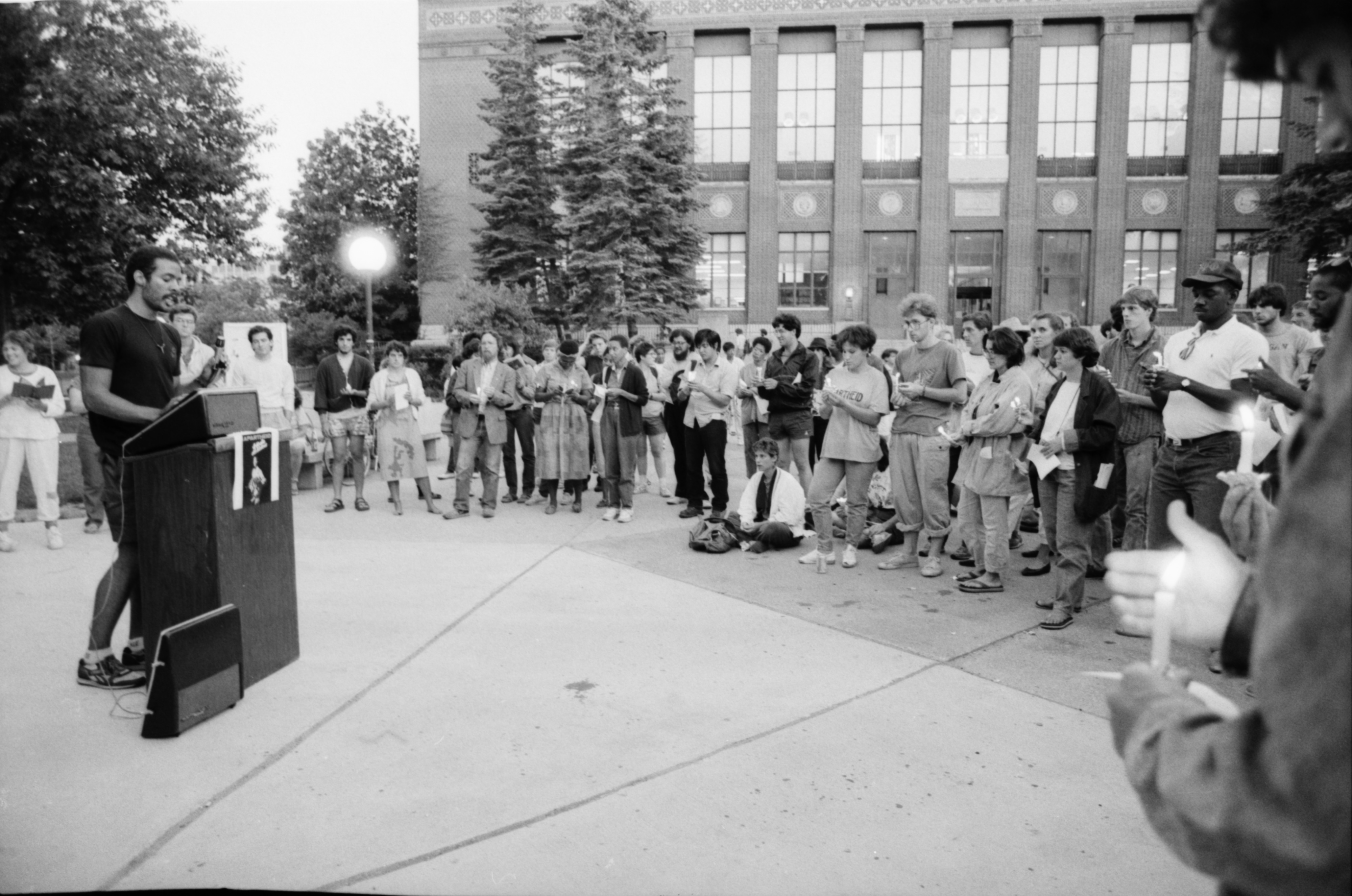 Published In
Ann Arbor News, June 17, 1986
Caption
Against Apartheid - Almost 200 demonstrators turned out for a candlelight viil Monday night in Ann Arbor to protest apartheid in South Africa. The vigil commemorated the 10th anniversary of bloody anti-apartheid rioting in Soweto, a black township outside of Johannesburg. Monday night's demonstration on the University of Michigan Diag coincided with thousands of similar demonstrations around the world. Seventeen people were arrested outside the South African embassy in Washington for refusing to move along, and 20 demonstrators tried to disrupt a Lansing news conference held by Vice President George Bush to protest his fund-raising appearance at the home of publisher John McGoff, who has been accused of acting as an agent of the South African government (story on Page C3.)
Day
16
Month
June
Year
1986
Description