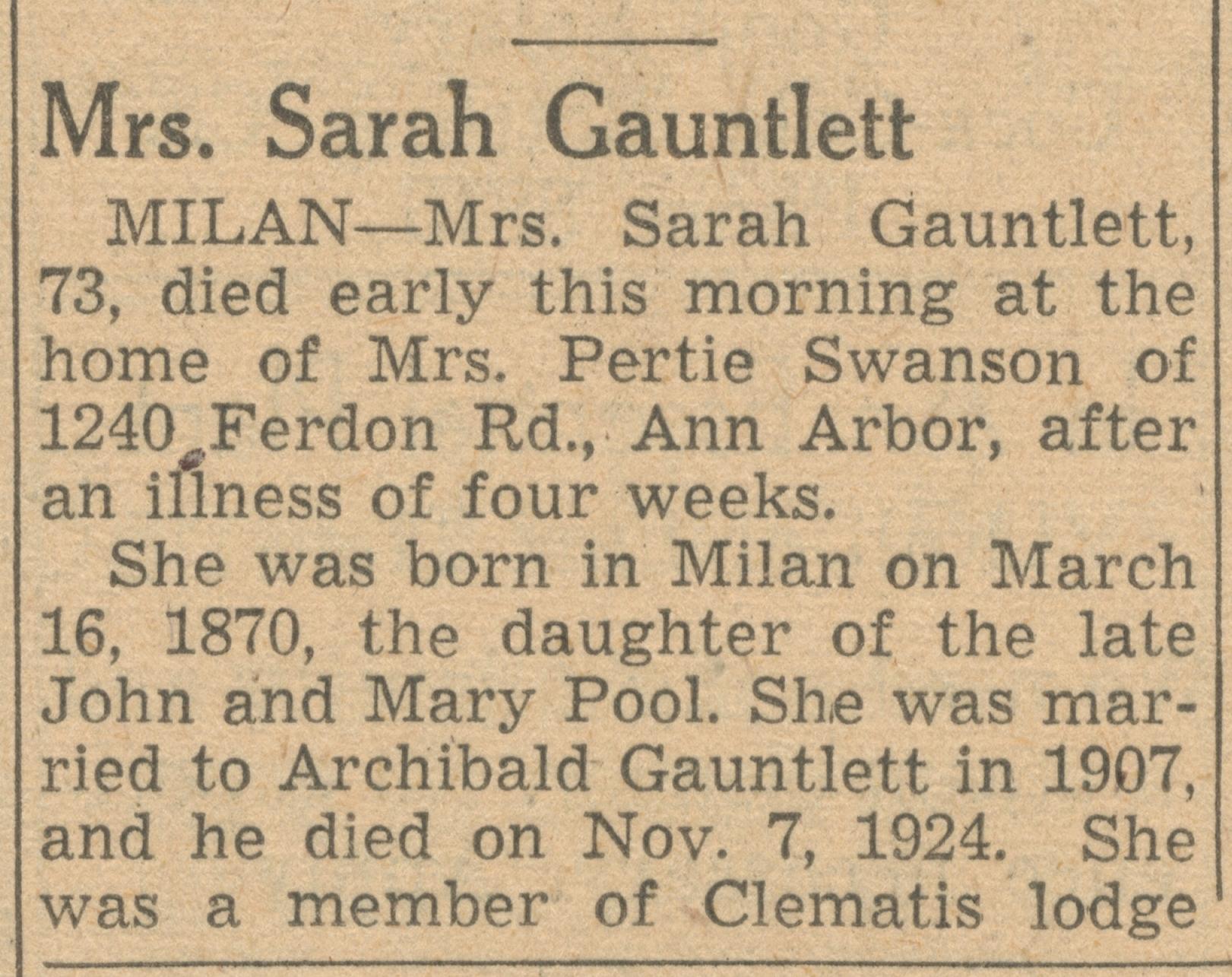 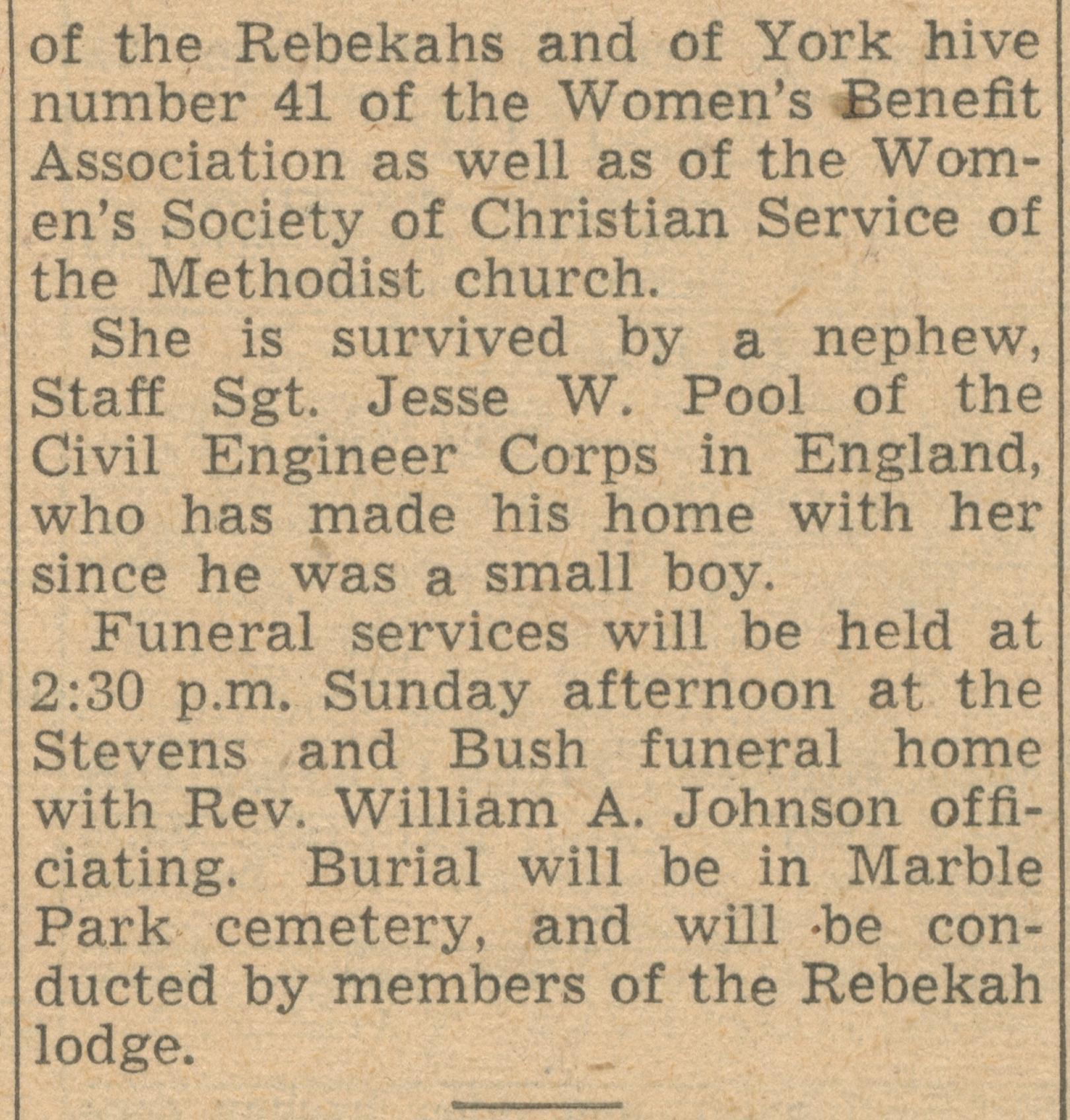 MILAN - Mrs. Sarah Gauntlett, 73, died early this morning at the home of Mrs. Pertie Swanson of 1240 Ferdon Rd., Ann Arbor, after an illness of four weeks.
She was born in Milan on March 16, 1870, the daughter of the late John and Mary Pool. She was married to Archibald Gauntlett in 1907, and he died on Nov. 7, 1924. She was a member of Clematis lodge of the Rebekahs and of York hive number 41 of the Women's Benefit Association as well as of the Women's Society of Christian Service of the Methodist church.
She is survived by a nephew, Staff Sgt. Jesse W. Pool of the Civil Engineer Corps in England, who has made his home with her since he was a small boy.
Funeral services will be held at 2:30 p.m. Sunday afternoon at the Stevens and Bush funeral home with Rev. William A. Johnson officiating. Burial will be in Marble Park cemetery, and will be conducted by members of the Rebekah lodge.